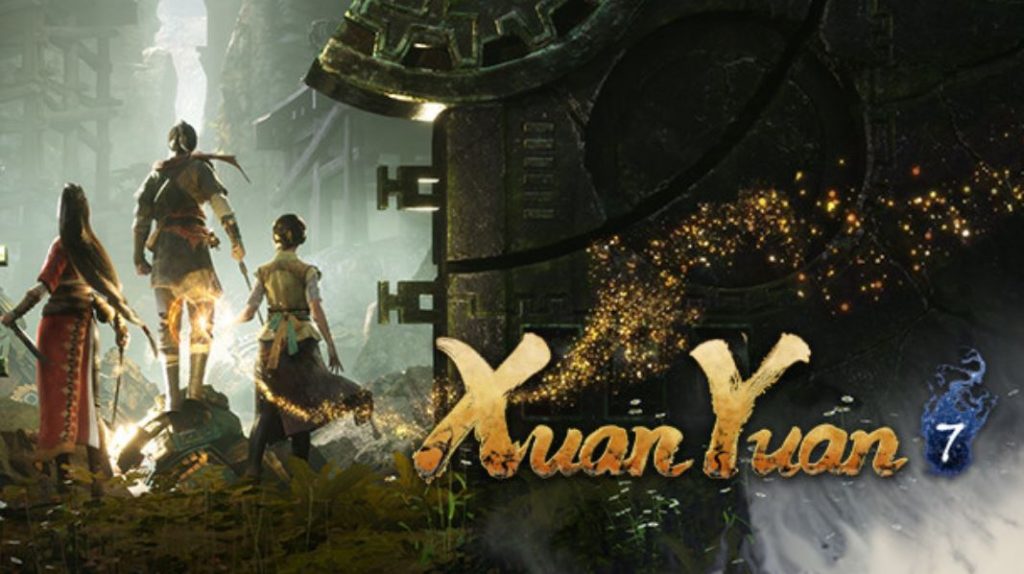 Crucially, Xuan Yuan Sword 7 is the first title in the franchise to make it outside of Asia, and the first time Western gamers can experience this long-running franchise.

A Mystical Story That Mixes Historical Figures With Mythology

Xuan Yuan Sword 7 tells the story of Taishi Zhao, a young boy tasked by his mother to protect his baby sister as their kingdom is attacked and destroyed by a mysterious enemy force. Zhao’s mother gives him a mysterious scroll that allows him to access a particular mystical plane called Elysium along with the ability to slow down time.

The game picks up about ten years after his home village is attacked, and Zhao, now a young man, continues to watch over his sister. Unfortunately, their peaceful life is uprooted when a mysterious black and blue flame begins appearing around their small shack and town. 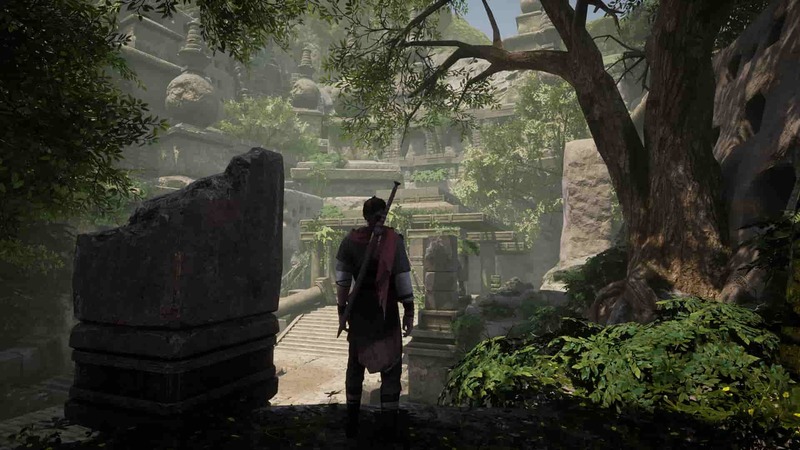 As Zhao leads a local militia to the root of the problem, a monster attacks his sister, mortally wounding her. Zhao escapes to the Elysium realm where he transfers his sister’s soul to an automated body while he searches for a way to save her mortal incarnation.

Too Many Interconnected Scenarios Cloud The Game’s Story

This is just one of the many storylines that take place in Xuan Yuan Sword 7. Across your journey, you’ll encounter the aftermath of a war-torn land, face off against the origins of the mysterious Blackflame, and seek out revenge against those who destroyed your home and killed your family. A lot is going on in the story, but none of it is quite as engaging as you may think.

One of the problems with the story is that many different scenarios are playing out one after another instead of just focusing on one particular story beat. The story is not bad by any means, but I felt that Zhao’s quest to save his sister didn’t feel as crucial throughout the 20 hours of the game as some of the other storylines playing out.

There were some parts in the story that were just left unfinished. This is especially true for some of the game’s side-quests. One quest I was asked to find a little girl’s father who had gone missing. After discovering his dead body, I told the girl that her father had passed on and that it was just her and her mother now.

The little girl then informed me that her mother passed away a month ago. With that line, the quest ends, and I leave this child standing in the middle of the street in tears, an orphan. I’m left wondering if there is a quest that sees me trying to help this child in some way or form but unfortunately, there isn’t. 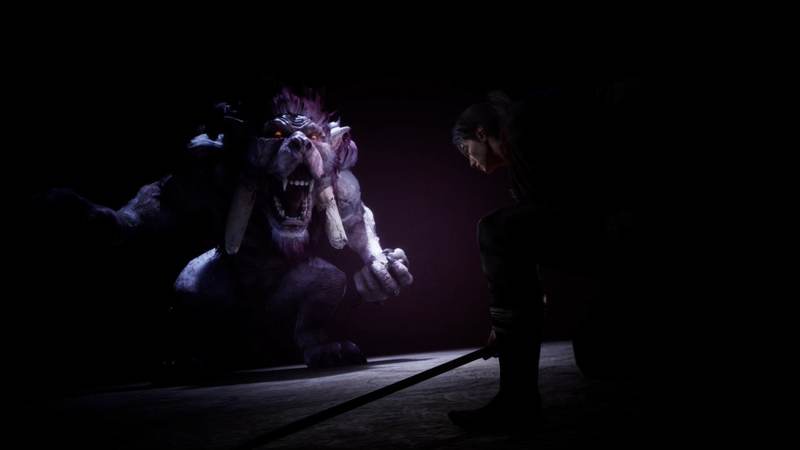 Unlike Final Fantasy that tells a different story with every iteration. The Xuan Yaun Sword franchise references past titles and some people may get confused by specific events discussed throughout the game especially when they deal with characters that have appeared throughout the franchise.

DOMO Studios have done a great job keeping the story contained so those who haven’t experienced past titles would be able to enjoy the events in this instalment without doing much research unless they really want to.

Simple Combat Is A Joy, And Various Systems Keep It From Going Stale

Xuan Yuan Word 7 is an ARPG and it’s a competent one. You won’t find any crazy combos to pull off or aerial juggles to try out and the combat is as simple as it gets with light attacks, heavy attacks, and magic attacks. You start the game with two magical spells, and you finish the game with the same two magic attacks.

Though combat is simple, it kept me coming back. Maybe it’s because it felt like a breath of fresh air not to have to worry about what combos I should pull off, it’s just simple fun and I immensely enjoyed its simplicity. As much as I enjoyed the combat, the game suffers from some terrible difficulty spikes. 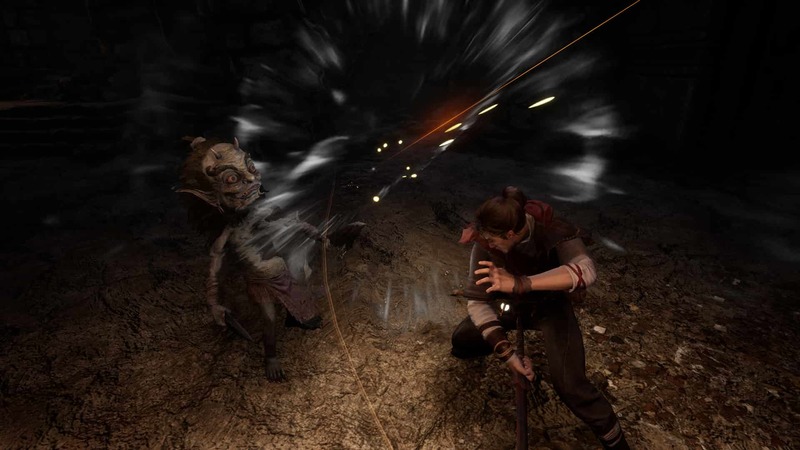 Throughout the game, I would breeze through most of the enemies I encountered, but then I would get to a boss fight, and the difficulty spike would jump threefold, and I saw myself dying plenty of times. It’s a shame as some of the bosses in the game are unique with fantastic designs and are fun encounters, but they get dragged down by insane difficulty that takes away a lot of the enjoyment from the actual battles in question.

Zhao’s two spells come in the form of slowing down time – allowing you to get plenty of attacks in on enemies. The other creates a circular vacuum that keeps enemies trapped inside it and then sucks them up and imprisons them into the scroll. Unleashing this ability won’t net you any experience points but provides plenty of crafting material. 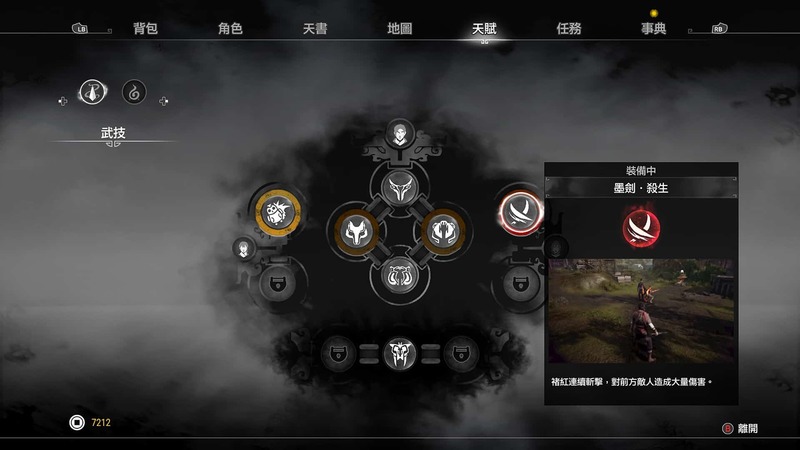 Heavy attacks meanwhile are linked to a martial arts system. This system sees you channel an animal fighting style that provides different types of attacks. The Bear Stance does massive damage in a straight line, while the Wolf Style allows you to strike multiple enemies in an AOE radius. The more you use these skills, they’ll level up, becoming more vital and adding consecutive attacks to the stance.

Crafting is a massive portion of the game and is almost a requirement to progress through the story. Every enemy and every chest you discover has the chance to drop crafting materials. Crafting is attributed to the Elysium System and the Elysium is where you upgrade your crafting abilities and equipment.

There are five stations to upgrade: Weapon, Accessories, Armour, Item Fusion, and Souls. Upgrading weapons and armor is relatively straightforward, but the Item Fusion and Souls provide a few exciting progression paths. The Soul system allows you to craft new souls and equip them on your party members which provide you with various bonuses like elemental resistance and extra strength. 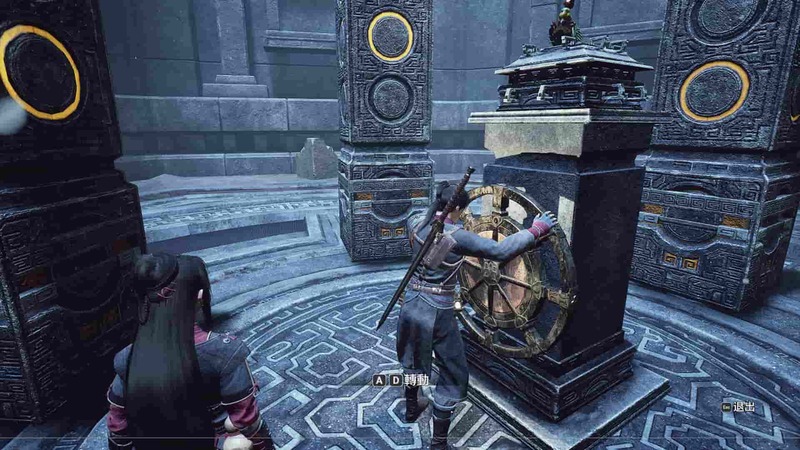 Item Fusion allows you to use any crafting material and item you want and combine it with up to four other times to craft dozens of other things. Most of it is trial and error and experimentation, but you can find recipes to give you the blueprint ingredients to prepare what you need.

I didn’t use this system often as I found it much easier to buy the materials. Money isn’t hard to come to by, and constantly wasting random materials for a chance to craft something I needed didn’t seem worth it.

An At Times Gorgeous World With Incredible Lighting

The world of Xuan Yuan Sword 7 is fun to explore. The various locations in-game fall between gorgeous vistas to damp and dull underground ruins. It’s not the most fantastic looking game and at times looks like a launch PS4 title which isn’t a bad thing by any means, but the screenshots do it a lot more justice than it probably deserves.

The world itself can look quite beautiful at times. The lighting is incredible, especially when you see the sun reflecting in puddles of water and the sun breaking through the trees and leaves. Unfortunately the various forests you run through start to look the same and a lot of the dungeons in the game, I hate to say it, are plain ugly, without many inspirational designs and it shows just how much the games great lighting adds to the overall experience. 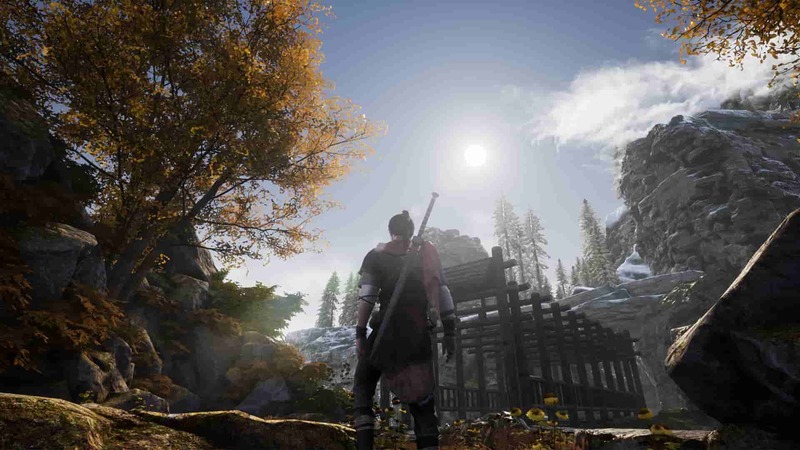 Puzzles are something I love in games like this, and thankfully, Xuan Yuan Sword 7 features some cool and interesting ones that I loved solving. Those who have trouble with puzzles can rejoice as you’re given the option to skip them whenever they want. Puzzles are also very few and far between, too. If memory serves me right, there are a total of five puzzles in the game in full, and I would have liked just a few more.

My biggest issue with Xuan Yuan Sword 7 is the forgotten mechanics introduced early in the game and the excellent action cutscenes that utilize quick-time events. Throughout the first half of the game, I got to see some great action cutscenes, some of which featured quick time events. These cutscenes and quick-time events simple vanish in the second half of the game and instead, I’m left with simply watching characters talking with the occasional cool cutscene to follow.

The second half also features encounters that come down to facing off against hordes and hordes of enemies. It’s almost as if the developers were running out of time and threw things together as quickly as possible to get the game ready to go for launch.

Xuan Yuan Sword 7 is a simple ARPG with a lot of heart and passion behind it. It’s clear that the developers genuinely love the franchise and put a lot of work into it. However, DOMO may not be the size of a significant triple-A developer; they’ve done the best they could with what they have. The game is a joy to play with plenty of great ideas but falls apart when it focuses on various stories and mechanics introduced and forgotten in the second half.

I had plenty of fun with Xuan Yuan Sword 7. Though I wish the story would have been a little more engaging, the fun yet straightforward combat and exploration kept me going until the end, that said the game does suffer from some lousy difficulty spikes and forgotten mechanics that are introduced early on. It's the seventh core title in the franchise, and I'm hoping it's not the last one to make it to western shores.