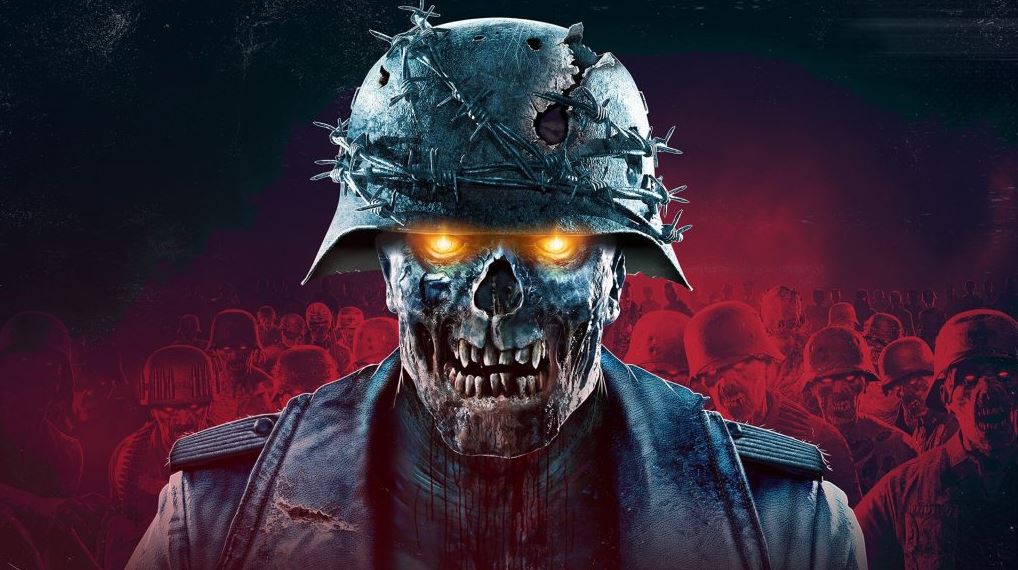 Zombie Army 4 is the quintessential example of a game that does exactly what it says on the tin. It’s not going to change your perception of the genre, nor does it add anything new to the bread-and-butter, blood-splattering antics that have proceeded it. That’s not necessarily a bad thing, though. Yes, it’s pretty formulaic, but when you exploit its cooperative shenanigans, Zombie Army 4 proves that blowing away shambling corpses is still jolly good fun.

Rebellion‘s latest undead-slaying spin-off takes place across the remnants of Nazi-occupied Europe in the 1946, where Hitler, having lost to the Allied forces, embraces the occult in a last ditch effort to regain control of the war, raising the dead in the process. If you’ve played any of the previous Zombie Army games, then it’s familiar territory.

With the dead shuffling once more – well, more than that actually, as there’s possessed tanks and planes rocking up too – your rag-tag group of survivors embark on a quest France, Italy, and other European hot zones in an effort to put a stop to the flesh-munching marauders. You pick a character – in my case, a massive walking Russian stereotype called Boris – and tweak your load out, and you’re off to face down the shuffling Hordes of Hades.

Zombie Army 4’s core loop is pretty simple. You’ll blast through legions of undead while ticking off various objectives along the way. Often you’ll be funnelled through linear stages, but there’s plenty of opportunity to venture off the beaten path if you fancy hoovering up the many collectible available (comic books, diaries, etc).

While Sniper Elite is more aimed at stealth and precision, Zombie Army 4 eschews most of these trappings in favour of all-out action. With shotguns, pistols, Tommy Guns, explosives and other weapons at your disposal, there’s very little reason to sneak around as you reduce zombie hordes into bloody chunks, sending claret and rotten innards all over the shop.

That’s not to say it doesn’t pay to be more careful, though. Rifles give you access to long-range targeting, and popping a zombie’s noggin from meters away is as satisfying as you’d expect. Just don’t expect to be doing this much when you’re forced to fight in close quarters against dozens of the sods. Still, it keeps things fresh and forces you to adapt to your situation, and makes for a welcome change of pace when you do get to play around with the different weapons.

It’s just as well, as blasting through bog-standard zombies does get monotonous after a while. Fortunately, Rebellion spices things up with bosses and other bullet-soaking monstrosities, including flamethrowers, lumbering chaps with mini-guns, and Gollum-like Creepers, which skitter around low on the floor.

More Of The Same

These encounters keep battles from getting stale and do provide something of a greater challenge, even if it can be a pain in the arse at time when there’s dozens of regular foes encroaching on your position.

Nonetheless, the main issue with Zombie Army 4 is that it doesn’t really do anything amazingly well. Objectives are pretty generic, and usually has you protecting generators, control stations and other important objectives from enemies, gathering resources such as fuel to power doors, or nabbing key items. It gets old pretty fast when you realise you’re essentially doing the same thing over and over again.

The best thing about the game is when you go cooperatively. It’s much more rewarding to strategise with your mate(s) and tackle things together, creating choke points to dispatch the undead and completing objectives individually, rather than running around like a blue arse fly and doing it all yourself. Needless to say, single-player isn’t what Zombie Army 4 isn’t really about when it comes down to it.

Horde Mode is a welcome distraction from the campaign, and really flexes the game’s cooperative muscles to the fullest. Here, you’ll mow down waves of increasingly tough zombies, where teamwork is paramount to your survival. It’s great fun, and a good way to wind down after the campaign.

Zombie Army 4 does offer some pretty decent customisation and progress, too. Your weapons all have special perks than can be utilised by investing in Upgrade Points found in each stage, such as increasing capacity, damage, and there’s special powers available too, such as slowing down time and firing armour piercing rounds.

Elsewhere, there’s special melee attacks that range from a basic jab to electrically-charged blows that send zombies flying, while weapon attachments give your weapons an extra punch with incendiary or electric bullets, resulting in some manic situations as walking corpses set each other on fire and heads explode in unison. It’s definitely satisfying stuff.

The result of all this is that you feel like you are making progress and your character is starting to get buffer with increased firepower and abilities, which is a palpable thing.

Sadly, a few other things let the side down. I encountered some dodgy collision detection while playing, getting stuck on objectives constantly while attempting to evade enemies, which becomes a complete nuisance. Characters also constantly repeat the same dialogue throughout each level after killing zombies or taking damage, which is equally annoying.

The heroes themselves have about as much personality as a plank of wood, with cringe-inducing accents and dodgy writing. Still, it adds to the whole B-movie feel, which is probably what the game is aiming for.

Brainless Fun With Your Mates

While Zombie Army 4 isn’t technically the most attractive game you’ll clap eyes on, its art direction is pretty stunning in places. From war-torn houses, wrecked streets, to the bloodied canals of Venice, the game’s locations are oozing with atmosphere and definitely sell the undead apocalypse.

Overall, Zombie Army 4: Dead War doesn’t do anything groundbreaking, and in single-player mode, it can get a bit repetitive and tiresome at times. However, it really shines when you bring a couple of mates in tow, with the Horde mode in particular fleshing things out nicely. If you’re looking for some brainless fun, then you could do a lot worse than Zombie Army 4.

PS4 Review copy kindly provided by the publisher. Zombie Army 4: Dead War is out on PS4 on February 4, 2020.

Zombie Army 4 is a solid co-op offering that offers plenty of blood-spilling fun. However, it's let down by dated mission design and repetition, while its single-player isn't half as fun as when you're teaming up with a group of mates. Fans of the series will definitely appreciate what's on offer, though.