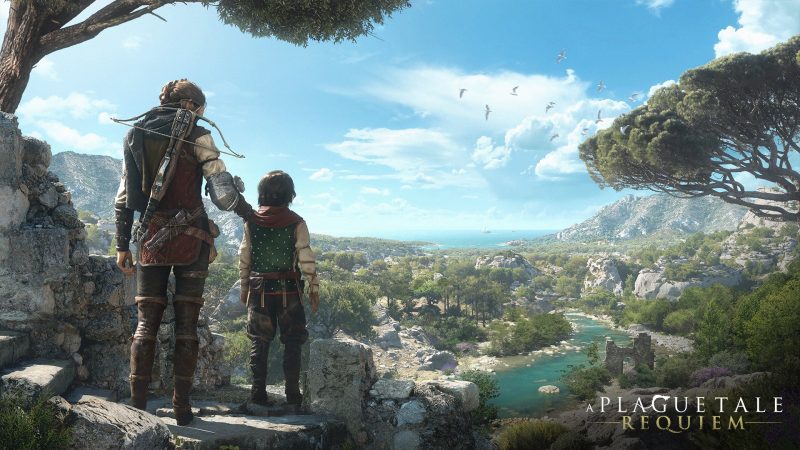 A Plague Tale: Requiem will launch on PS5 this coming October 18, 2022 it has been revealed, along with an extended look at gameplay.

Though the news is exciting, it’s not that surprising as publisher Focus Entertainment told everyone that the release date announcement would be coming today.

There’s quite a good chunk of gameplay shown in this trailer, as Hugo and Amicia sneak and fight their way through a garrison of soldiers all hot on their tail, so to speak.

You can check out the extended gameplay for yourself, here:

The gameplay shows off Amicia’s arsenal of slings, pots, rocks, blade, and crossbow. It all reaches its peak however when Hugo looks to some help from his furry friends, though that quickly gets out of hand.

A Plague Tale: Innocence was beloved by fans and critics alike, so the announcement of a sequel back in June of last year had plenty of players excited. It’ll be interesting to see how it takes advantage of current generation platforms.

For those looking to see more of Amicia and Hugo, a TV series based on the games has been announced, and is currently in development.