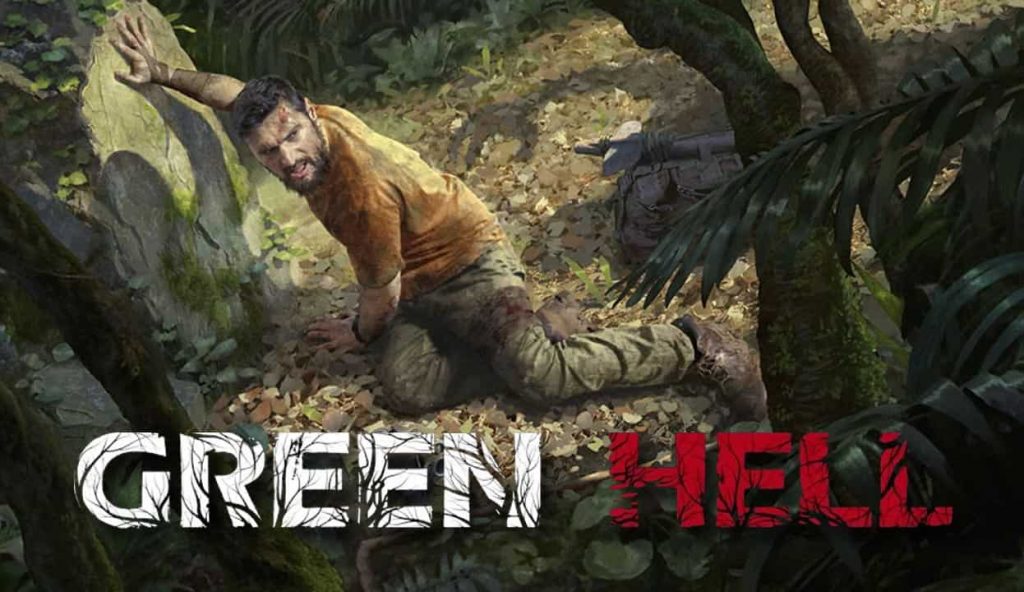 Green Hell PS4, Green Hell PlayStation 4 – It’s time to celebrate as developer Creepy Jar has today confirmed that as part of its development roadmap, that a Green Hell PS4 release will be happening sometime in 2020. The news of a console release for Green Hell comes as the developer celebrates the game leaving early access and obtaining that sacred 1.0 release candidate.

In case you’re unfamiliar, Green Hell is a first-person survival effort set in depths of Amazonian rain-forest where you must eat, drink, build, hunt and hide in order to survive. Most notably, Green Hell on PS4 includes a super detailed injury and wellness system, where your character can not only receive cuts, breakages and bruises which must be healed, but infections, disease and other exotic illnesses too. SOUNDS FUN.

As part of its content roadmap for the game, Green Hell will release on PS4 and Xbox One sometime in 2020. Green Hell currently retails for $24.99 on PC, so we would expect a similar price point when the Green Hell PS4 release rolls around later in 2020. Developer Creepy Jar also confirmed on July 9, 2020 that it Creepy Jar has ‘renewed their commitment to seeing Green Hell on the PlayStation 4 and Xbox One consoles.’

You can catch the original press release for Green Hell below.

Launching into 1.0 only one month ago, Green Hell received praise for its unique take on the survival genre. The game’s Story Mode, the highlight of the launch out of Early Access, took players on a journey deep into the depths of the Amazon where danger lurked at every turn in their quest to save their lost love, Mia. Today, developer Creepy Jar is happy to announce that they have even more planned for Green Hell in 2019 and into 2020 as they reveal the post-release roadmap.

Alongside updates for plant cultivation and expanded shelters, the Green Hell community will be ecstatic to learn that one of their most requested features is soon on the way. Co-op Mode will be making its way to the game in late 2019 or into next year. Creepy Jar is taking painstaking detail to make sure that this update is perfect, and will provide more updates as development furthers.

Even more exciting, console players will have their day in the jungle when Green Hell launches on both PlayStation 4 and Xbox One in 2020. More details on the way soon!

You can check out the roadmap image above, or see below for details on upcoming updates for Green Hell: Additionally, you can read a full synopsis on Green Hell below.

GREEN HELL is an Open World Survival Simulator set in the uncharted unique setting of the Amazonian rainforest.

You are left alone in the jungle without any food or equipment, trying to survive and find your way out. Clinging to life, the player is set on a journey of durability as the effects of solitude wear heavy not only on the body but also the mind. How long can you survive against the dangers of the unknown?

On this journey, you won’t get any help from the outside world. Equipped only with your bare hands you’ll have to learn actual survival techniques to build shelters, make tools, and craft weapons in order to hunt and defend yourself. Constantly threatened by the jungle you’ll fight with both wild animals and tropical sicknesses. Players will also have to face the traps set by your own mind and fears that crawl in the darkness of the endless jungle.

STORY
You are thrown deep into the emerald and impenetrable Amazonian rain forest. The green hell. Your goal is to survive in the depths of a nightmarish environment using truly intuitive means to escape. Having only a radio at your disposal you will follow the familiar voice of a loved one through this endless and inhospitable jungle, unveiling bit by bit how you got there in the first place. What you discover will be worse than what you fought so hard against to survive.

THE QUESTION
Where can the human mind wander?

PSYCHOLOGICAL THRILLER
Green Hell’s story emphasizes psychological aspects of survival in extreme conditions. The player faces a ruthless situation, isolated, and fighting to survive another day. The players battle will not only be against the environment as you fight to keep your sanity. Will you succeed or fall into the depths of your mind? To unveil the truth the player will have to fight the hardest battle they will ever fight – the fight against themselves, their weaknesses and fears.

AMAZONIAN RAINFOREST SETTING
Amazonian rainforest is the richest natural environment in the world. Exotically breathtaking, spectacular, multicolored, full of tones and sounds but mortal, deadly, uncompromising for the ignorant.
• Part of the Amazonian rainforest as a map of the world for the setting
• The richness of plants and multitude of animal species (mammals, reptiles, birds, and insects)
• Simulation of animals natural occurrence and behavior
• Dynamically changing environment due to the weather

UNIQUE MECHANICS
Survival in such extreme conditions requires willpower – without it we are sentenced only to madness and death. In green Hell, your wellbeing, both physical and psychological, are strictly related. Body inspection mode allows the player to diagnose themselves and heal their body. In this mode, we can also remove all kinds of parasites that decided to make a home out of your body.
Psychophysical parameters of the player include:
• psychological condition
• physical condition

UNIQUE FEATURES
• Setting: deadly yet beautiful Amazonian rainforest
• Body inspection mode
• A multitude of fauna and flora and the dangers awaiting the player
• Environment and situation impact on the player’s psychology
• Impact of environment changes to the ecosystem
• An addictive story
• Dynamically changing environment