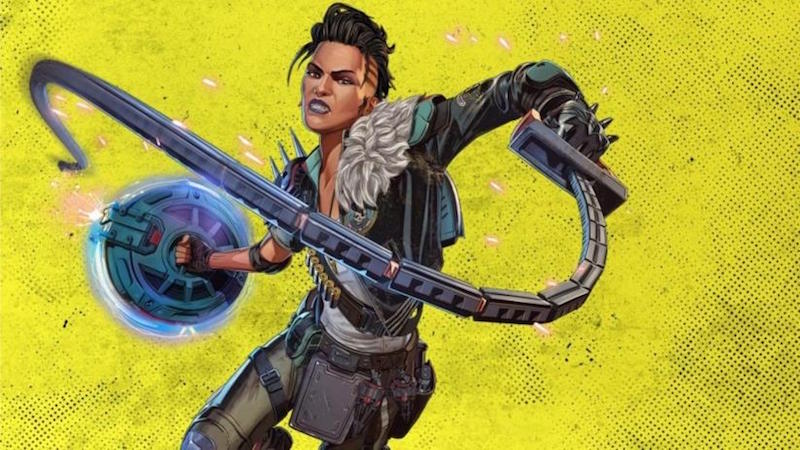 Respawn Entertainment has announced that Apex Legends Season 12 will add a new Legend in the form of Mad Maggie.

Mad Maggie should be familiar to fans of Apex Legends, as she’s appeared before in the Good as Gold Season 8 trailer. She’s a childhood friend of Fuse from the planet Salvo, and will join Apex Legends as a fully playable character with the new Defiance update on February 8, 2022.

Maggie and Fuse’s friendship fell apart and turned into a battery rivalry, which culminated in Maggie blowing off Fuse’s arm off with a golden grenade. While Fuse went on to join the Apex Games, Maggie ascended to Punk-Rock Warlord of Salvo. However, after accumulating a massive bodycount and charges of sedition, terrorism and sabotage, Maggie is sentenced to death before a judge.

She’s saved at the last second by a mysterious chap known as Mr. Silva, who offers her a reprieve of sorts — she’s instead sentenced to join the Apex Games.

Apex Legends is now available for PS4, PC, and Xbox One, although Respawn is planning on releasing a dedicated PS5 and Xbox Series X/S version at some point.