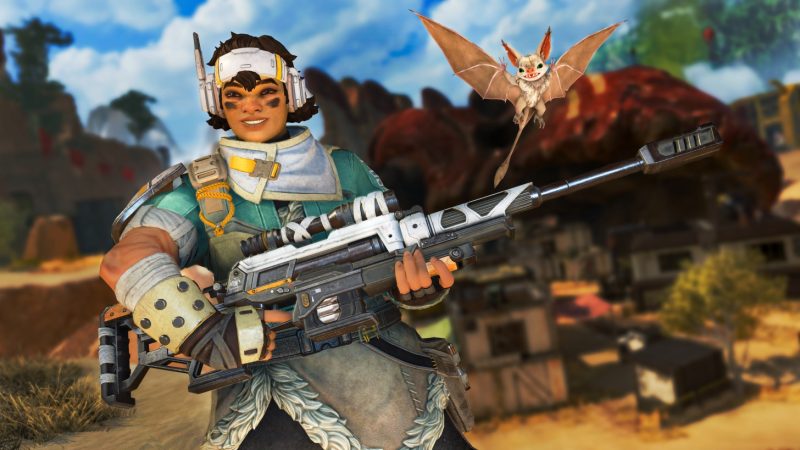 Apex Legends new season starts tomorrow, and Season 14: Hunted brings some major changes to gameplay from all sides of it.

Legend, map, weapon and gear changes all make this one of the biggest shake-ups to the game Apex Legends has ever had.

Regarding the legends themselves, the biggest changes have hit Valkyrie, Newcastle, and Mad Maggie. For the latter two characters, players will be happy to see the changes.

Maggie’s drill was made faster and her wrecking ball was made stronger to the point where it actually destroys Gibraltar’s shield rather than bouncing off it.

Newcastle now moves faster while reviving players, and the knockdown shield health for white and blue shields have been increased.

His mobile shield is also stronger, and enemy players running into his ultimate will now take more damage on the electrified parts of it.

Valkyrie fans however will not be so enthused, as this is probably the biggest nerf in a while that Valkyrie has received.

Her jetpack consumes more fuel than it did before, meaning it runs out faster, and her acceleration from the jets being activated has been reduced.

So now after being hit with Valk’s missiles, you’ll move slowly but you’ll be able to look and aim at normal speed.

Valkyrie’s ultimate has also been knocked down a peg as the maximum height you’ll reach has been reduced, and the speed at which players fly upwards has been slightly reduced.

And of course Vantage, the newest legend, will be added with this coming update.

Moving on to map rotation, you won’t find Olympus in Season 14, as it’s removed from the rotation with King’s Canyon back in the lineup.

Kings Canyon will also be the map for the first ranked split, and it’ll be Storm Point for the second split.

Weapon wise, things have been shuffled around quite a bit this season.

The base hipfire spread for all assault rifles and all SMGs has also been increased.

Laser sights are a brand new attachment that’s been added to the game, and barrel mod attachments have been removed from SMGs and pistols.

The Wingman and the CAR SMG have returned to ground loot out of the crafter, while the Devotion LMG and an RE-45 with hammerpoints equipped will replace them.

Also returning to ground loot are the Volt SMG and the G7 Scout, with the Bocek and the Rampage replacing them in the care package.

The Wingman also now takes sniper ammo and magazines, and also takes a new attachment called Skullpiecer which gives a 35% damage increase to headshots. It works with the Wingman, 30-30 Repeater, and the Longbow DMR.

The EVA-8 has been given a huge buff, with a reduced recoil time and increased fire rate, and the Spitfire now takes light ammo and magazines instead of heavy.

Where some of the bigger changes come is the changes to gear like backpacks and knockdown shields.

Self-revive has been totally removed from the game, gold knockdown shields now have the Guardian Angel perk, which means when you do get revived, you’ll have half your health and shields.

There are more changes for this season, but these are the major ones that’ll change-up gameplay the most.

These changes all mean that Apex is about to be shaken up quite a bit once this update goes live tomorrow, and it’ll be interesting to see how these adjustments effect the game.

You can check out the full patch notes for yourself, here.

The maps rotating for public matches during Hunted are; Kings Canyon, World’s Edge, and Storm Point.