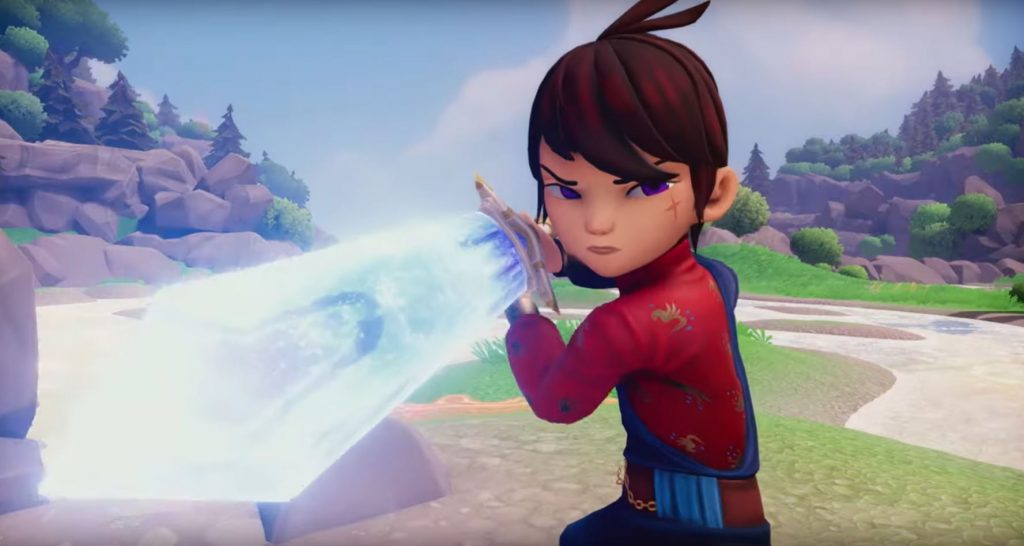 Ary and The Secret of Seasons is an upcoming action-exploration game from eXiin and Modus Games. The new E3 2019 gameplay trailer showcases some gameplay and gives us an early 2020 release window.

This certainly looks like a charming title that has a lot of heart behind it. This trailer stood out and left me intrigued to see more. The story seems to play a large role and the gameplay variety is exciting, such as riding on birds, platforming, and exploration!

A press release goes into some more detail on the Ary and The Secret of Seasons:

Taking on a role traditionally reserved for young men, Aryelle (Ary) has become the newest inductee into the mysterious Guardians of Seasons and is tasked with overcoming monstrous enemies, secret plots and stuffy traditions to bring back balance to Valdi after a mysterious force throws the seasons into disarray.

With unforgettable characters and larger-than-life enemies, Ary and the Secret of Seasons takes players on an adventurous ride through a fanciful world where the seasons themselves hold ancient, hidden powers. Ary must learn to harness these powers if she is to restore order from chaos, save her land and establish herself among the Guardians of Seasons.

This trailer comes a few days before E3 2019. E3 is set to host eleven different press conferences. You can watch all of the livestreams, as well as every conference pre-show and post-show at E3 2019 on our E3 2019 Livestream page.

Ary and The Secret of Seasons is coming to PlayStation 4 in early 2020.

Ary and The Secret of Seasons