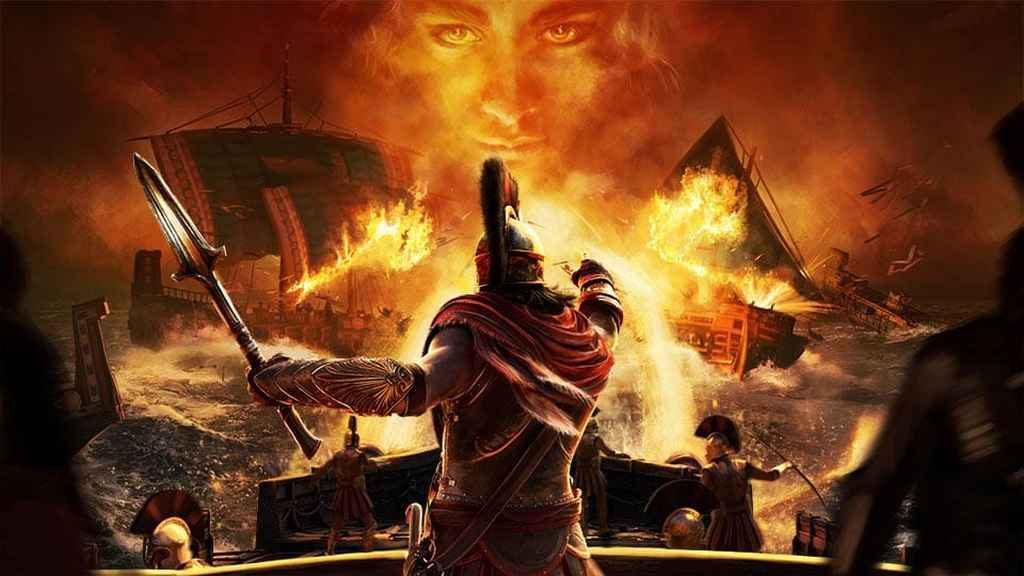 Update 26/02/2019 @ 12:37 – The previously promised patch for Shadow Heritage, the most recent slice of Assassin’s Creed Odyssey DLC, will arrive alongside patch 1.1.4 later today.

Information on New Game Plus, bug fixes etc., which are also included in today’s update, can be found on the game’s official Reddit page. However, as regards Shadow Heritage specifically, Ubisoft has announced that it has tweaked a few lines of dialogue, as well as a particular cut-scene, in order to give players a greater level of freedom when it comes to certain relationships.

Which, as we detailed in the original article below, forced players down certain narrative pathways that didn’t necessarily dovetail with their version of Kassandra/Alexios.

Original article 25/01/2019 @ 12:53 – Ubisoft has announced it will be releasing a patch for Shadow Heritage: episode two of the Assassin’s Creed Odyssey Legacy of the First Blade premium expansion.

We’ll get on to why in a minute. But please be warned: major spoilers for Shadow Heritage lie ahead, so we’d recommend reading on only if you’ve already completed it.

“Looking Through Your Responses it is Clear We Missed the Mark”

The issue revolves around player choice. Specifically how, at the end of Shadow Heritage, Kassandra/Alexios is essentially forced into a heterosexual relationship with another character in order to further the DLC’s main storyline.

This understandably rankled fans who had roleplayed Kassandra/Alexios as homosexual up to that point. As well as those who felt the character in question wasn’t interesting enough to initiate any kind of romantic relationship with; regardless of the protagonist’s sexuality.

Ubisoft was quick to issue an apology:

Reading through player responses of our new DLC for Legacy of the First Blade, Shadow Heritage, we want to extend an apology to players disappointed by a relationship your character partakes in. The intention of this story was to explain how your character’s bloodline has a lasting impact on the Assassins, but looking through your responses it is clear that we missed the mark.

We have read your responses online and taken them to heart. This has been a learning experience for us. Understanding how attached you feel to your Kassandra and your Alexios is humbling and knowing we let you down is not something we take lightly. We’ll work to do better and make sure the element of player choice in Assassin’s Creed Odyssey carries through our DLC content so you can stay true to the character you have embodied throughout.

Now the developer has gone one step further and revealed that, in a future patch, it will be altering the storyline in order to preserve each individual player’s personal narrative choices.

According to Ubisoft, the upcoming patch will alter a certain cut-scene and various dialogue choices to “better reflect the nature of the relationship for players selecting a non-romantic storyline.”

While Ubisoft will also be taking a closer look at Legacy of the First Blade episode 3, Bloodline, to ensure “the paths that players experience mirror the choices they make in game.”

We’ll have to wait for the patch to roll-out before we know if these changes will have the desired effect, of course: i.e. giving players the same freedom of choice they enjoy in the base game whilst simultaneously telling a compelling narrative that fits neatly within the wider Assassin’s Creed Universe.

But either way, it’s nice to see Ubisoft not only own up to mistakes, but also take player feedback on-board and make real changes to what is otherwise a superb video game.