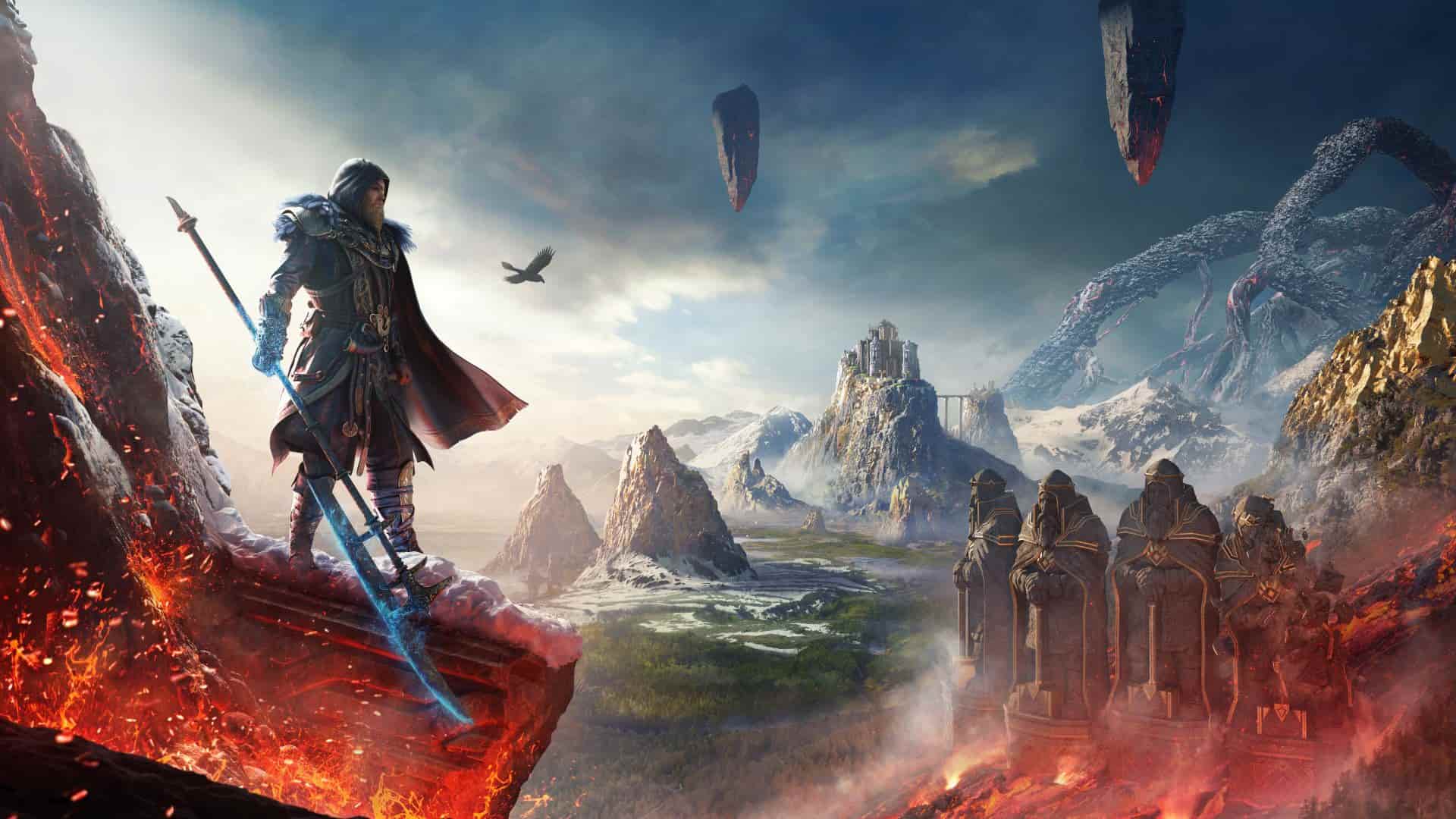 Ubisoft‘s Viking epic Assassin’s Creed Valhalla is entering its second year of post-launch support, with Dawn of Ragnarok arriving in March to lure players back into the world of visceral battles, necking copious amounts of mead, and pillaging the picturesque English countryside.

However, much like Assassin’s Creed Odyssey’s post-launch endeavours, Dawn of Ragnarok fully embraces the more fantastical side of the franchise, with players controlling Odin, Norse god of Battle and Wisdom, during their exploits within the Dwarven home of Svartalfheim.

PSU recently had a chance to clap our eyes on around 30 minutes of new gameplay for Dawn of Ragnarok, offering us a solid glimpse at what’s to come from the most ambitious-looking expansion in Assassin’s Creed history.

First off, Svartalfheim looks breathtaking. The Dwarven realm features lush forests and fields that stretch for miles, complemented by underground dwellings ripe with activity and towering structures that glisten in the sunlight.

In many ways, it’s a lot like England’s green fields in the main campaign, but the Dwavern architecture obviously evokes much more of a fantasy vibe totally befitting of the story.

Odin himself positively exudes strength as a character. He commands the screen with a patriarchal dominance, his booming voice delivered with conviction and nuance, but still gives the supporting cast room to shine. This is obviously based on a small selection of dialogue, but it certainly left an impression.

One of the highlights of the footage was of course Odin’s godly powers. Ubisoft showcased a few of these new abilities, one of which had our bearded badass transform into a raven. Not only is this instrumental in navigating the vast open-world more easily, but it also plays into stealth; Odin is able to cruise above a foe, transform back to human form, and strike with deadly precision.

Another major power that Odin will have is the ability to dispatch foes and have their rise again to help him out in combat. These, well, zombies for lack of a better term, will follow you around and aid you when you get in trouble, and can be dismissed when they’ve served their purpose (or when you swap out powers).

Another handy too, the Power of Muspelheim, allows you to stealthily slip by your adversaries unnoticed, circumventing the need for confrontation entirely.

Evidently, there’s plenty of opportunities to mix and match your playstyles here with all the new powers, something which Assassin’s Creed Valhalla already offered in spades. Having a new set of abilities keeps things fresh, and Odin’s is obviously totally different to what we’ve seen before.

New foes this time around include the Muspels, which are fire-based foes hailing from Muspelheim. A far cry from the axe-wielding grunts Evior faces during the main campaign, these hot-headed enemies dish out some hefty punishment, although Odin is more than capable of eliminating them with the massive Atgeir.

We witnessed an epic brawl between Odin and a couple of Flame Keepers, and from the look of things, Dawn of Ragnarok will give players plenty of reason to brush up on their striking and parrying. Muspels can lob fire, setting ablaze the ground at your feet, and attack in groups, so you’ll have to be careful when picking them off.

Elsewhere, Ubisoft also offered us a quick gander at the Dwarves themselves, as Odin’s quest to save his brother took him to an underground settlement, Grenhellir. These folks aren’t mere reskins though; the Dwarves have their own unique personalities and dialect to set them apart from all the characters you’ve seen so far, which is great to see.

It should be note that Ubisoft recommends a Power Level 340 to take part in Dawn of Ragnarok, so keep that in mind.

Based on what we saw, Dawn of Ragnarok is shaping up to be a compelling slice of Norse-flavoured, mythological antics. The DLC will be released in March 2022 for PS5, PS4, PC, Xbox Series X/S, and Xbox One.