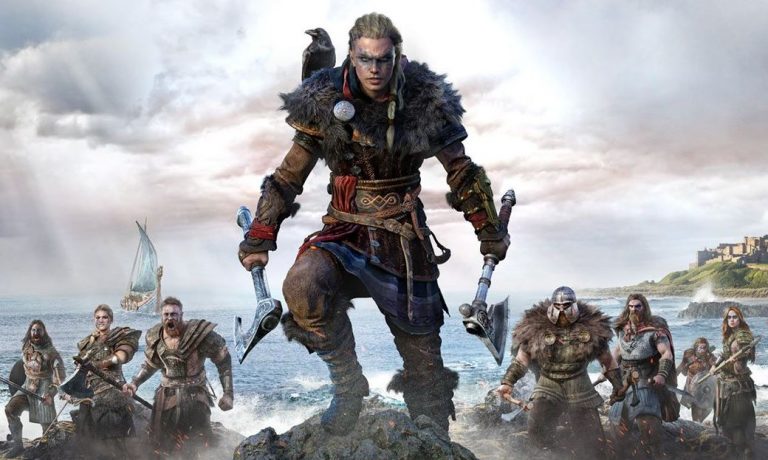 Ubisoft has unwrapped the Assassin’s Creed Valhalla update 1.3.2 patch notes for you to gawk at, which comes with a heap of general improvements and bug fixes for the Viking epic. The update is launching today for PS5, PS4, PC, Google Stadia, Xbox Series X/S, and Xbox One.

The Siege of Paris: Toka was unresponsive during the Warlord of Melun quest.

The Siege of Paris: Richardis remained stuck if a horse was placed at the cave’s entrance during Sister of Sorrow.

Wrath of the Druids: Unable to collect prison key during Courting the Kings.

Eivor could summon mounts during the fight with Fenrir.

Avenge Quests could spawn in unreachable locations or on enemies that aren’t hostile.

Unable to move shelf to pick up Ysmir tear stone near Utangard Chasm in Asgard.

Unable to break the door to free Goodwin in Reeve of Wincestre.

(PC) Fenrir boss fight didn’t start if World Details are set to Low on GPU with 6GB VRAM or below.

No points were awarded if the NPCs knocked themselves out by explosion in Wenlocan Trial of the Wolf.

The game could become unresponsive when Eivor dies during the River Raids exit screen.

The cargo capacity could lock at 200 regardless of its upgrade level and cannot be repaired.

New quest prompt for The Sword of Saint George after it was already completed.

There was no fog of war on River Rhine.

Max Foreign Supplies are set to 1/1 after completing the main questline.

Eivor shaking after arriving at River Raids docks. Not gonna lie, I’d be shaking, too.

Instances where Eivor, NPCs, or the longship would get stuck.

Instances of misplaced or floating objects or textures.

The Siege of Paris: Frankian merchants sold the same tattoo patterns that were already purchased.

Players could buy extra resources by going to different merchants across Francia.

Switching whistle to down d-pad and the quick action wheel to left d-pad will make the character pull out a torch when whistling.

Exploration option changes from Custom to Pathfinder after exiting a Mastery Challenge.

Dismounting any mount in the water made Eivor look like as if they fell from high grounds.

Infinite loading on saves after completing The Siege of Paris.

Addressed an issue where the game could freeze when changing the combat difficulty.

Added an option to Google Stadia that allows players to choose between High Framerate or Quality.

Territory opportunities will no longer be revealed using Synin when Exploration difficulty is set to Pathfinder.

Placed the difficulty settings first in the gameplay section.

Added cycling of filters for entries based on expansions.

Added a visual overlay, and enabled cycling of filters for entries based on expansions.