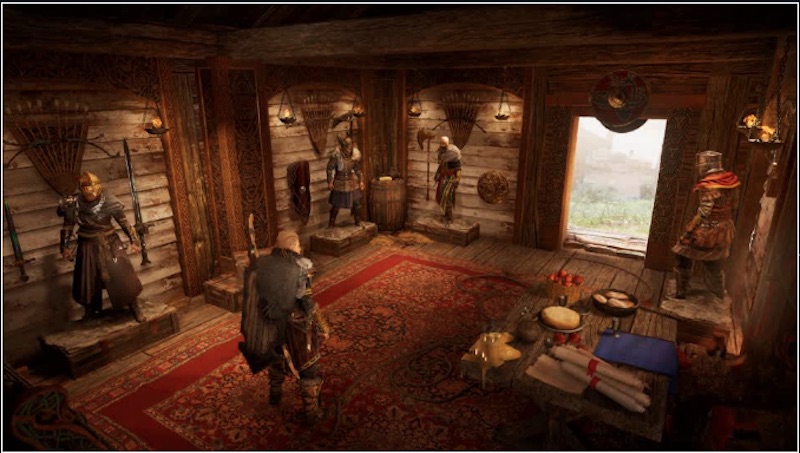 Ubisoft has unsheathed its Spring 2022 roadmap for Assassin’s Creed Valhalla, which includes another major title update in the shape of version 1.5.2.

This latest update will arrive in May and includes a new armory feature, which allows you display your favourite collections and switch them out when you feel like it.

What do you give a Viking who already has a vast, deadly arsenal? Something to store it all in. The Armory is a new building which can be built in Ravensthorpe that allows you to customize and display your favorite gear sets.

The Armory accommodates up to five loadouts of weapons, armor, and skills. Once they are saved to a display mannequin within the building, Eivor may freely change between these loadouts from anywhere in the world.

Elsewhere, Ubisoft has confirmed that new River Raids will be released with a new lineup of rewards, such as a new bow, scythe, atgeir, hair, and facial hair options.