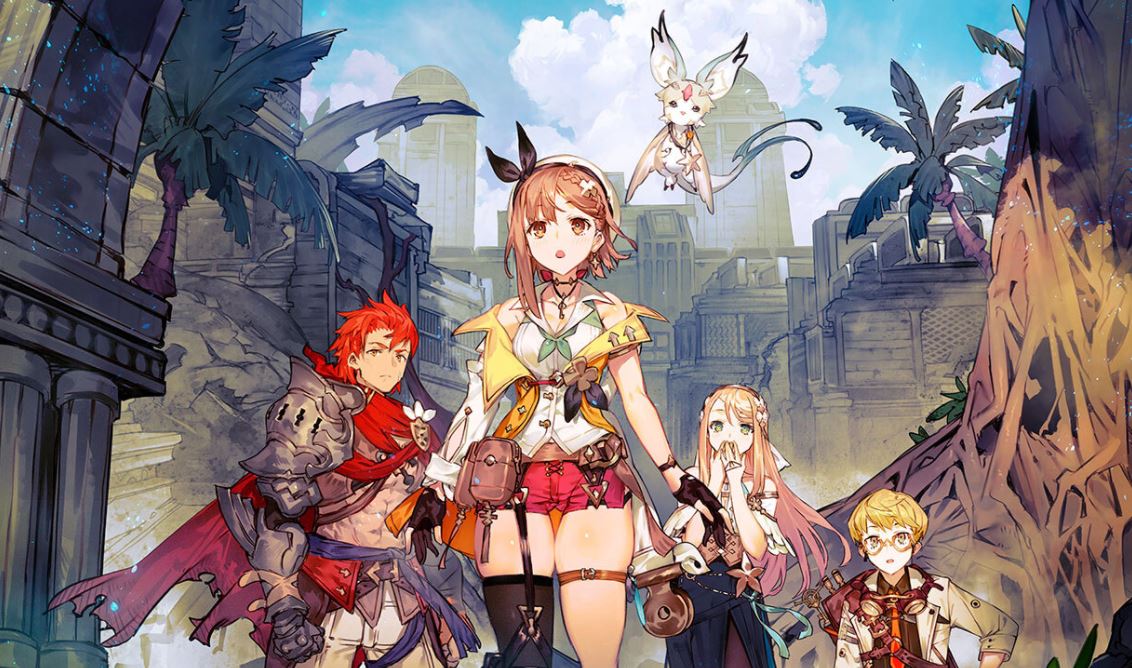 Atelier Ryza 2: Lost Legends & The Secret Fairy Hands-On Preview – Atelier Ryza 2: Lost Legends & Secret Fairy is the direct sequel to the popular Atelier Ryza: Ever Darkness & the Secret Hideout. Part of the mega Atelier franchise from developer GUST and publisher Koei Tecmo. I got to go hands-on with a preview build of this highly anticipated sequel, and I can say that this is one Atelier game that fans of the franchise should definitely be looking out for.

A Great Return To The Atelier Ryza World

Atelier Ryza 2 takes place three years after the original events and sees Ryza leaving her home island on a quest to discover the origin of a mysterious egg-shaped object. Ryza heads off to the Royal Capitol: Ashra-am Baird. Upon arriving, she reunites with an old friend, and they head out to investigate mysterious ruins near the capital.

I can’t talk too much about the story, but I can say that its presentation is far and above anything GUST has done in the past. Cutscenes are very nicely animated, with characters constantly moving around and gesturing with their body language. The scenes are more believable this time around instead of simply having characters standing in one position as dialogue plays out like previous titles in the franchise.

The story is also a lot more engaging right off the bat. When it comes to the Atelier games, they all seem to take quite a while to get going, with their stories taking almost double digits in hours to get interesting. Ryza 2 doesn’t need to take too much time with character introductions and backstories, as we’ve already been introduced to Ryza and some of her friends.

Great Combat That Kept Me Focused On Every Fight

What fans of the Atelier franchise will instantly notice about Ryza 2 is how much more of an actual RPG it feels. In the past, the Atelier games were always about crafting first and combat second. Using Alchemy to create items was always the main focus of the franchise. Atelier Ryza 2, on the other hand, looks to be a more varied title.

Combat, for example, has gotten the best and most exciting overhaul. Going with an active time battle system. I found myself constantly on edge and mixing up my attacks and defensive capabilities to stay alive. Attacking now has you constantly press the attack button to combo attacks. This leads to you building up your AP. Your normal attacks aren’t that strong, but they keep the enemy at bay.

When you’ve built enough AP, you can pull off some flashy skill attacks. Your teammates also ask you to pull off specific moves, using either magic or physical skills. If you listen to them, you’ll activate a special link skill and have them automatically pull off a flashy yet powerful attack. When enemies attack you, you must pay attention to them to prepare to defend.

When being attacked, you have to press the defence button. This is essentially parrying as you have to block right as the attack connects. You can hold the block button if you choose, but this only negates the damage you take, while timing your block will keep you from taking any damage.

When you have to switch between characters, keeping the enemy at bay with normal attacks, while also trying to defend your teammates and combining their attacks, the strategy really comes in. I loved this combat system and found it truly exciting, and it kept me on my toes.

Alchemy Continues To Be Easier To Pull Off, But Remains Intriguing

Alchemy is still a big part of the title. This time around, you have a full skill tree of recipes to learn. As you play the game, you’ll earn SP points. These points are used to unlock new Alchemy recipes. Besides this new way of learning recipes, the crafting of items remains much like it did in the original.

Put specific ingredients in the Alchemy Pot to add various effects to your crafted item. Increase the healing potency of healing items or increase critical damage of offensive items. All of these are attributes that you will gain for items based on the materials you use. The rarer the material you use, the better attribute buffs you’ll gain.

Ryza 2 is also quite a looker of a title. The character models boast a great many more polygons, and the world is more detailed. That world is also a lot more open, this time, allowing for more open exploration to gather materials and rare monsters to hunt down. Voice acting remains only in Japanese, so don’t expect an English dub, but the music is your standard fare for the franchise, not too many memorable tracks.

Of course, this was a preview build, and some of the smaller issues I ran into should be addressed when the game releases in January. Some issues I ran into were screen tearing and frame drops during combat. But none of it really affected my experience.

Atelier Ryza 2: Lost Legends & Secret Fairy is looking to be a great sequel to what I considered the best Atelier title. The combat has gotten some great improvements, and the Alchemy is just getting easier and better to cope with. With only a couple of months before its release, I was never the biggest fan of the franchise, but now I can actually say that I’m truly looking forward to the next Atelier title.