Firstly, thank you to Square Enix and Platinum Games for allowing us to participate in the Babylon Falls Closed Beta Test Phase 3. I was able to access the Citadel and the hub world during this hands-on.

Before you step into the world of Babylon Fall, you have a very limited character creation tool, though this could be due to the game not being finished yet with plenty of time for changes. Currently there is a small number of default settings you can pick with limited sliders on changing how you look, wish I could make my character shorter and a little more chubby if it was possible.

There are 3 main races included in the beta, I spent my time playing with a Huysian, which in the full release will have a skill that allows them to gap close into the enemy. Agavian has the ability to siphon energy from the target.

Then the last race you can select is Gelelion, which seems to be a mage based class with 2 different skills, one that allows it to siphon the life force of an enemy and another which gives it a DoT effect on the target, weakening the over time.

These skills seem to be inaccessible in the beta though it did look like there was a slot to customise them in the character equipment screen so perhaps with drops or vendor items can change your character to your playstyle.

The main hub includes an area to edit your character details after the main character creation, this is a nice feature to be easily accessible at the start and looks like it will be free. 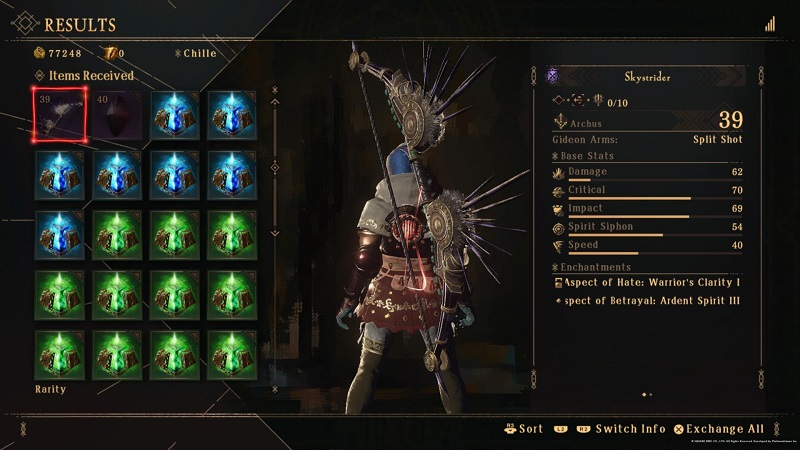 The hub is a beautiful port town, in which you can see with the ocean the art style this title is going with, it has a water painting style effect which though can look bad from certain angles in others with the lighting can make the game look really stunning. I was impressed with how alive the hub looked with plenty of vendors and guards doing their normal work, it felt like I had loaded into an active fishing village.

As you explore, there is a little private room, the whole area reminds me a lot of Monster Hunter, especially with the fact you unlock quests by going to a board which is not a bad thing as Monster Hunter had a very nice hub, I think I prefer this one over Monster Hunter due to the fact it’s smaller scale therefore can get right into the missions faster with less running around.

The vendors sell common items that seem to scale up with your current gear score, if this continues in the full release will be nice to help people catch up with their friends, but I would suggest only using it if need be as common gear lacks enchantments so you may have the stats but no bonus skills which can be very useful in later missions

Before we get into combat, the enhancement system is a bit complex and can be a little frustrating at times. You get relics inside the missions, those relics will be coloured coded based on the rarity, though legendary/purple items seem to already be decrypted when you pick them up. 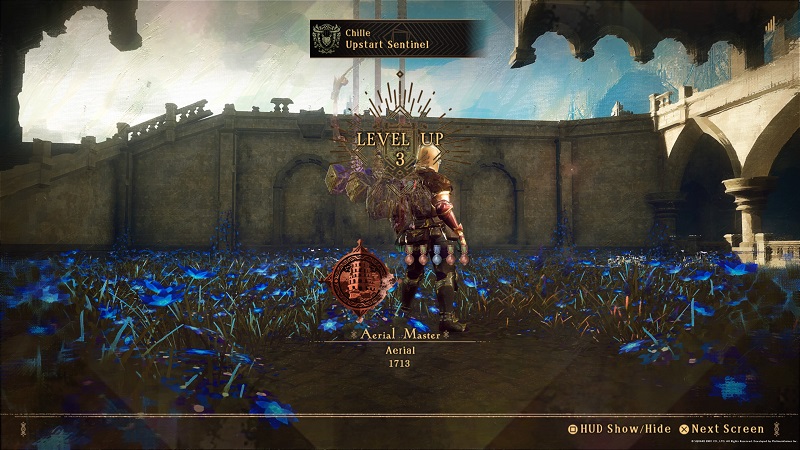 So if you are like me and get 4 of the same hammer at roughly the same level, but with different enchantments you need to equip each hammer individually, look at the buffs you get, then decide which one fits your build.

I hope that in the full release we will be able to see the effects without equipping it. The game already allows you to switch pages on the weapon screen so hopefully they will add the effect to the 2nd page of the weapon if this is possible.

During this Beta I was able to access the Tower of Babylon mission set, the Civic Cloister set of missions, This was a set of stages from level 1 to 40, each one having a very different feel in places though some of them do feel the same, and have some environments that are copied from each other. 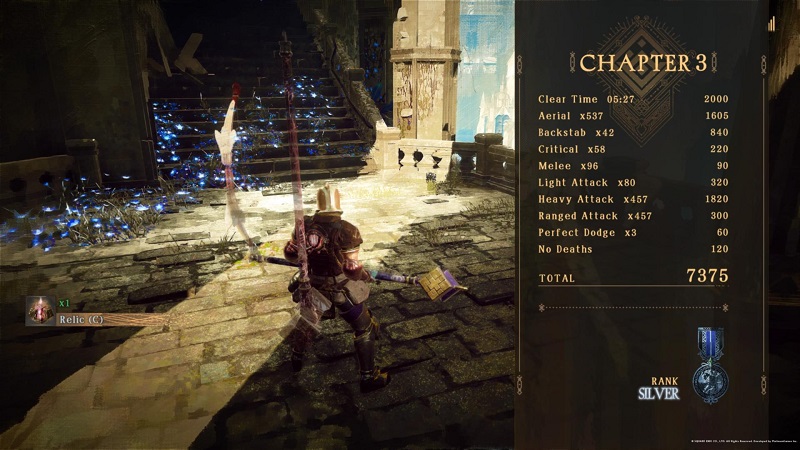 The amount of varied enemy types in this beta is pretty good which gives me hope for the full game having loads of different enemies to fight against from standard skeleton enemies, to trollesque style mobs that lob fire barrels at you.

The stages consist of you running from arena to arena, with different environmental hazards along the way from poisonous plants to pitfalls that you must jump across to survive.

The map also has hidden chests, gold rocks and secret buttons that allow you to gain extra loot that you didn’t obtain from fights, these chests and other secrets seem to spawn randomly throughout the map so they are not always in the same location each time.

When in combat though, it feels very nice and fluid with a simple combo system involving square and triangle for your light and heavy attacks, then L2 and R2 for your special attacks you are able to equip a different weapon type for each one of these buttons so if you want you could run in with a sword, mace, bow and a hammer or you could run it in pairs, if need be run in with just 4 hammers. 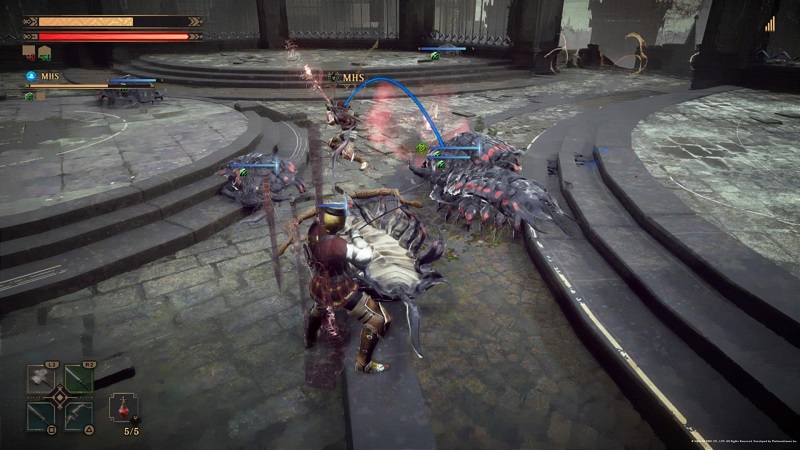 The amount of different combat styles you can have will really help keep the grind going as you want to try out all the different weapons that you can obtain till you find something that suits you.

Even then certain weapons such as the bow and staff have different effects depending on the weapon. For instance one bow I had allowed me to use a spectral version of it as my special button rather then just being a special attack,

Overall, I had a pleasant time with the game, the only bug I found was that a quick match will pair you up to any leveled player so if you are starting out then it could throw you into a match in which you will barely do any damage and just die constantly.

But this issue is probably fixed for full release, plus it could also be due to the limited number of players due to it being a closed beta. In the end I finished the level 40 dungeon, which was the last one in this phase and I had fun. I would recommend anyone to look out for this title and maybe preorder it.