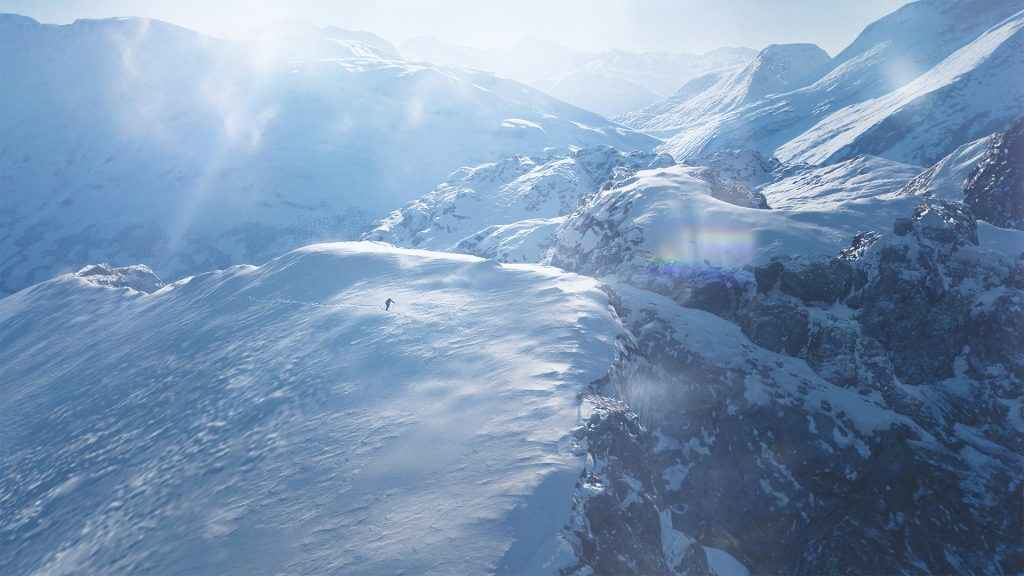 Last week, we brought you the first in a series of comprehensive, written guides covering all forty-odd Battlefield 5 letter locations.

Having helped you mop up each and every epistle tucked away in Under No Flag (hopefully, anyway) today, PSU will endeavour to do the same for Nordlys.

There are quite a few to find in; five more than Under No Flag. So, rather than wasting your time with any more waffle, we’ll dive straight in. Check out this guide on the Battlefield 5 Nordlys’ letters.

The first of Nordlys’ fourteen letters can be found immediately after completing the introductory skiing section.

Head towards the bridge northeast of where you start, keeping your eyes peeled for a recently dug grave in the snow (marked by a small hand lantern). Here you’ll find a half-buried corpse, on top of which lies the letter you seek.

With the first letter in your possession, you can now cross the aforementioned bridge, stopping on your forward journey when you come to a second.

Turn left and head up the hill in a south-southeasterly direction, following a recently made path in the snow until you discover an isolated log cabin, in front of which burns a small bonfire.

Inside this cabin, lying on the floor, you’ll find letter number two.

Exit the cabin and continue on your journey. Eventually, you’ll arrive at a large German outpost surrounded by walls and an imposing watchtower.

Take the path to the right of this encampment as you face it through the wooded area, following the line of the walls until you see a lone guard standing in front of a circular water pipe.

Dispatch the guard, open the grate, and sneak inside the camp, being careful not to alert a second guard you’ll soon see cleaning up the mess of what would appear to be a recent execution.

Quietly dispose of this oblivious soldier and examine the ground at his feet to locate the third collectible.

The fourth and final letter of Nordlys act one lies deep within the bowels of the outpost you’ve so recently infiltrated. Specifically, in a room to the left of the one in which a fellow resistance fighter was so recently interred.

Walk around the desk in the centre of this room and retrieve the letter that sits just in front of the typewriter – no, it’s not an early and rather clunky-looking keyboard.

Battlefield 5 Letter Locations – #5 To You at Home

Letter five can be obtained shortly after the beginning of Nordlys act 2.

Fortunately, with hypothermia a very real concern, the fifth letter is relatively easy to find. Simply head across the frozen lake in a vaguely southerly direction toward the small island located directly in front of you.

Search the ground for the tree stump that lies next to an abandoned lumber pile, stoop down and grab the letter.

Battlefield 5 Letter Locations – #6 He Has Your Eyes

With “To You at Home” safely ensconced in your increasingly cramped satchel, you must now make your way to the nearby substation. But rather than taking the right-hand path that leads directly towards it, you’ll first want to climb the mountain path to the left.

Follow this carefully until you reach another small campsite, marked by a fire and the frozen corpse of yet another soldier. Above the latter is a small stack of wooden crates and a lamp, on top of which sits the sixth letter.

Your next port of call is the aforementioned substation located in the northwest.

Approach it from this direction and you’ll come across an innocuous wooden shed standing in the snow next to a street light. Inside the shed is a stove and the letter itself.

Battlefield 5 Letter Locations – #8 He is a Doctor

Now make your way to the opposite side of the substation before heading northwest down the adjacent mountain path. You’ll notice a fire burning in the distance.

Stop here for a few seconds to warm yourself up and turn southeast. See those freshly laid tracks in the snow beneath your feet? Follow these for a few paces until you reach the tree line and swing round to your right.

Directly in front of you from this position, flanked by a couple of snow-laden pine trees, is the body of another unfortunate soldier, next to which is a half-buried letter. Grab it and be on your way.

Things have warmed up a bit, thankfully, with the coming of the day at the start of act three. You’ll also have your trusty skis back, which you can make use of immediately.

Travel halfway down the hill that greets you, stopping short as you draw level with the first building (the one supported by thin meta struts) you see.

Letter nine can be found nestled away in the point at which the foundations of said building meet the mountain side, amongst a pile of handily-placed supplies.

At this point, you’ll want to turn around and continue on down the hill, aiming for the German-occupied docks.

You’ll see that two of the most prominent features of this area are the large water reservoirs facing you as you make your descent. The leftmost of the two is the one you should head towards.

Upon reaching the foot of the reservoir, climb the ladder located at the base of the structure until you reach the very top. Turn around and look for the green tool box on the right-hand edge of the scaffolding; in front of this is the next collectible on your list.

This one’s pretty easy to find, too.

Leave the docks and continue on your journey towards the village in the southeast. An arched stone bridge connects these two locations that would otherwise be separated by the frozen river. However, you don’t want to cross it just yet.

Instead, head down the slope to the left as you face it and walk to the far end of the second arch. The 11th letter lies seemingly forgotten in a pile of snow just in front of a large wooden crate.

Battlefield 5 Letter Locations – #12 It is So Cold

You won’t have to go very far from here to reach letter twelve. Nor will you have to strain your eyes to locate its final resting place.

Simply head out across the frozen lake in a southwesterly direction; your goal being the derelict ship you’ll see half submerged in the ice halfway between the bank and the horizon. Edge around the hull until you reach the cabin and, lying on the ground just in front of it, your quarry.

With a name like “Colony of Bats”, the thirteenth letter’s location is rather apt, lying as it does in the attic of the white building on the outskirts of the village.

It’s actually the only attic room you have access to in the entire town. So, if you are struggling to locate the building, for whatever reason, rest assured you will eventually come across it during the course of your explorations.

Lastly, letter fourteen resides within the bunker at the very end of the Nordlys War Story. And, perhaps to reward you for your efforts hitherto, DICE has made it an absolute doddle to find.

Just head through the entrance and follow the corridor until you come to the first door on the right. At the end of this room is a desk, in the centre of which sits the fourteenth and final collectible of act three.

If you’ve followed this guide closely, you should now have all fourteen letters in your possession, as well as the nine contained within the game’s first War Story, Under No Flag.

Naturally, we’ll be publishing a corresponding guide to Tirailleur within the next few days. So stay tuned to PSU for that and all the latest news from the wonderful world of video games.