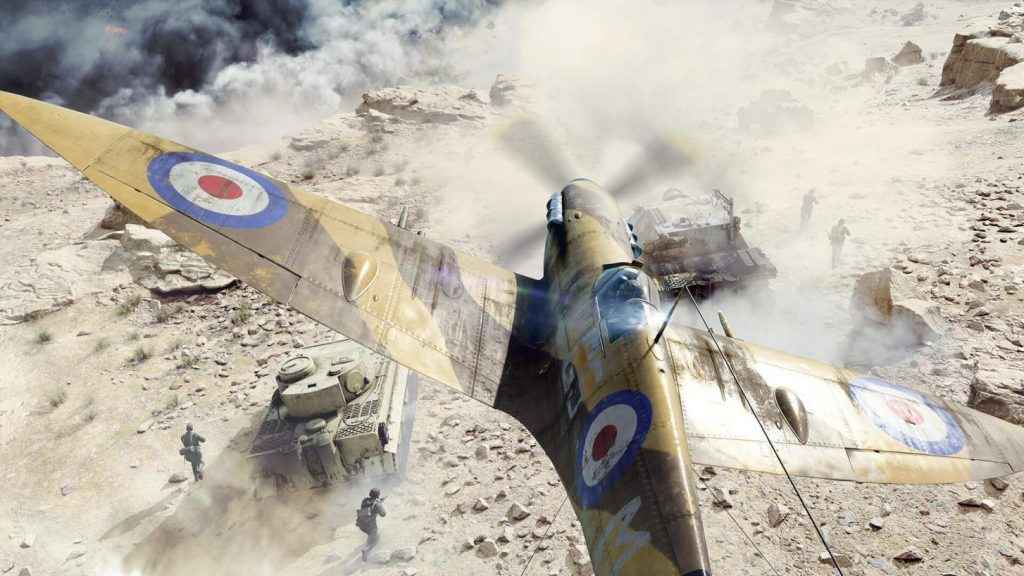 When not engaging in high-octane action or watching one of the game’s genuinely poignant cut-scenes, each and every chapter of Battlefield 1’s single player campaign featured a number of Field Manuals to collect. Follow this guide to find up the Battlefield 5 letter locations.

They didn’t do an awful lot, aside from provide a bit of background information on the conflict and contributing toward a trophy or two.

Battlefield 5 takes a similar approach, secreting collectibles around the map for eagle-eyed players to find. However, DICE’s latest substitutes field manuals for letters which, more importantly, must be collected in order to obtain three special melee weapons: the Cricket Bat, Solveig’s Knife, and Coupe Coupe.

To help you on your quest, in this guide, we’re going to provide the location of all nine letters tucked away within the furthest reaches of Battlefield 5’s first War Story, Under No Flag.

The first letter can be found right at the beginning of Chapter 1, Crossing Lines.

Having followed Mason up the hill toward the little fishing village, enter the final building. An on-screen prompt will now appear letting you know there’s a collectible nearby.

Head toward the table at the back of the building and there, sitting on top of it, you’ll find the very first letter.

After completing the mission’s first real encounter, head east of the wrecked planes across this relatively open expanse of land, aiming for the central plateau (marked by a small cairn).

Here, lying amongst the underbrush and just in front of a rock, is letter number two.

Again, a message will appear on the HUD when you’re within close proximity of the collectible, so just keep scanning the ground until the button prompt appears if you’re having trouble spotting it yourself.

Battlefield 5 Letters #3 – You Should Hear the Noise

Like letter two, “You Should Hear the Noise” can be slightly tricky to find.

Your best bet is to head south a few paces of letter two until you reach a small guard checkpoint, next to which sits an armoured car.

Follow the path to the left of this vehicle, turning in an easterly direction once you meet the bank of the nearby river. Letter three is hidden deep within the bushes that should be directly in front of you as you look due east.

Hoovering up the remaining six in chapter two can be somewhat time consuming, given the vast and open nature of the terrain. Fortunately, there are more than enough land marks to navigate by.

To find letter four, head south down the hill from your starting location toward the abandoned hut. Dispatch the two guards you’ll find patrolling this area and enter the unassuming building.

Here, sitting atop of discarded pile of clothes, you’ll find Under No Flag’s fourth collectible letter.

With letter four in your position, make a beeline for the Radio Station in the west (it should be easy enough to find, seeing as its one of your two current objectives).

Make your way to the “Village Overlook”, as this location is called, and scan the ground directly above the nearby cairn (the one positioned between two trees). Contrasting sharply with the surrounding dust and sand, is a small brown envelope. This is letter number five.

From here, drive/walk to the Comms Station in the west.

By the side of the road that leads up to the Comms Station, across the bridge, you’ll spot another cairn in an area named “Basin Edge” and letter six a few short steps from it.

Be warned, there are guards here that you might wish to deal with before beginning your search.

Battlefield 5 Letters #7 – We Are Safe

With the Radio and Comms Stations taken care of, your next objective lies on the road to the airfield in the north east.

Not long after beginning your journey, on the side of the road next to yet another cairn (which itself lies within a copse of trees) is an area called “Supply Docks”.

It’s here, at the foot of one of these trees just behind the cairn, that you’ll find letter seven.

Taking to the road once more, you’ll eventually reach a gentle stream. Cross it and head toward the island located slightly further the east.

You guessed it, at the foot of another tree situated next to the adjacent cairn can be found letter number eight, “My Contribution”.

Battlefield 5 Letters #9 – To be Reunited

The ninth and final letter concealed within the confines of Under No Flag can be found at the far end of the airfield in a location marked as “Ridgeline”.

Lying discarded in the dirt next to a small wooden watchtower, letter nine should be relatively easy to spot thanks, once again, to the stark contrast in colours.

With all nine letters in the bag, that just about does it for Under No Flag. Unless you have any lingering business with the Axis forces therein.