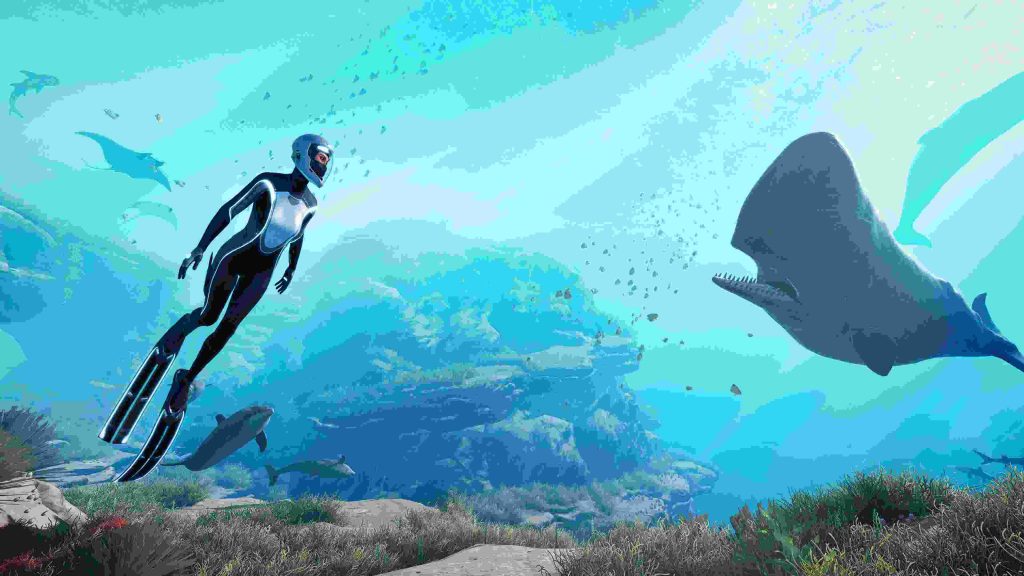 Beyond Blue has been making waves since it launched on Apple Arcade. It allows you to dive to the deepest depths of the ocean swimming with aquatic life. Beyond Blue tells the story of a crew of scientists Mirai, André, and Irina who set out to test their “Ocean Sense Network,” which has the power to shine a literal light on the unexplored depths of the ocean as they unravel its endless mysteries.

Limitless air, a visual scanner to track and record wildlife, protection against pressure, and a living space submersible are just some of the new technologies you will have access to, providing you with the most comforting dive experience possible. Each of these features has been developed with realism in mind. E-Line partnered with scientists, Ocean-X Media, BBC, and more to make sure every drop of water was accurate.

E-Line Media, who created Never Alone, was inspired by Blue Planet II in the making of Beyond Blue and it may be the closest to being a Marine Biologist many of us will get. For now, you can watch the latest trailer for the game below showing some ocean insights:

Beyond Blue was received well when it released on Apple Arcade and subsequently Nintendo Switch. Fans have been long-excited about the game since its announcement quite a while ago. However, it suffered a few delays. But, now everyone will be able to get to experience the relaxing underwater world E-Line Media have created.