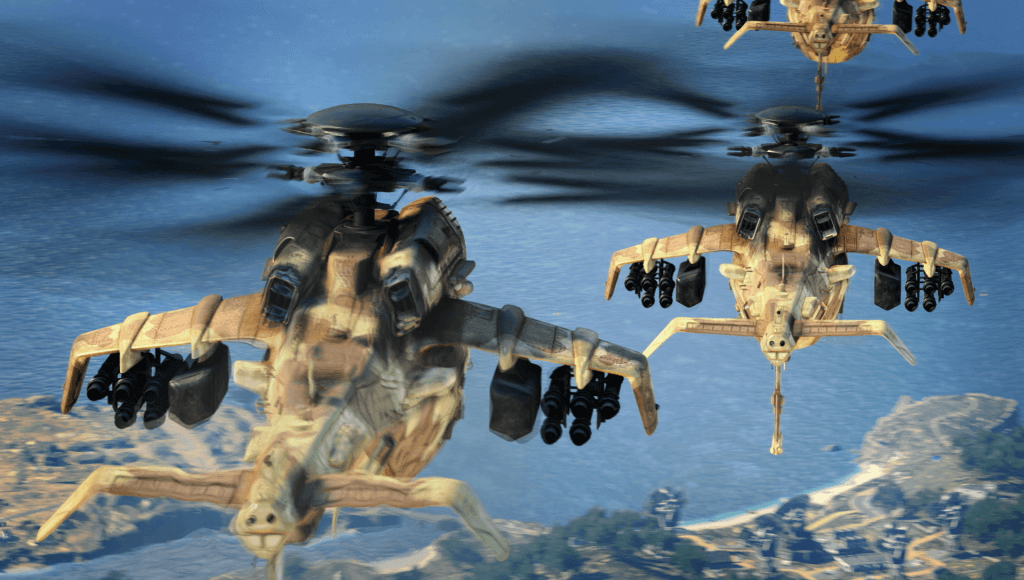 Days after the game’s first big multiplayer balancing pass, Treyarch has released another sizeable Call of Duty: Black Ops 4 update. This one focusing on the game’s popular Blackout mode.

Among a suite of changes, fans will perhaps be most pleased to learn that Black Ops 4’s obscenely powerful 9-Bang stun grenade has been removed from Blackout altogether, to give Treyarch time to work on a more permanent solution to its balancing problems.

While the removal of the 9-Bang is arguably the biggest and brightest feature of today’s update, however, it’s not the only one.

Firstly, and for a limited time only, the colossal Blightfather has been transported to the graveyard just south of the Asylum. It’s not the easiest creature in the world to bring down. However, players that manage to do so will, in Treyarch’s words, be “handsomely rewarded” for their efforts.

The remaining Blackout mode changes include:

Assault Rifles
– Reduced ADS sway and recoil on the Rampart 17 Black Ops 4’s other major components, Multiplayer and Zombies, have also benefitted from a handful of tweaks in the latest update.

Alongside the usual gameplay enhancements, Team Tactical Moshpit has been added to Multiplayer’s Featured Playlist (3v3 TDM, Kill Confirmed, and Search and Destroy). While Mercenary Chaos Moshpit, Mercenary Hardcore Moshpit, Gun Game and Control have been added to the Featured category.

Stability, meanwhile, is the primary focus as far as Zombies is concerned. To that end, today’s update includes a number of crash fixes and gameplay improvements; e.g. fixing an issue that could result in a permanent “downed” state if a player was revived whilst in the process of auto-reviving.

For full details on all the changes included in the latest update, head over to the official Treyarch Reddit.