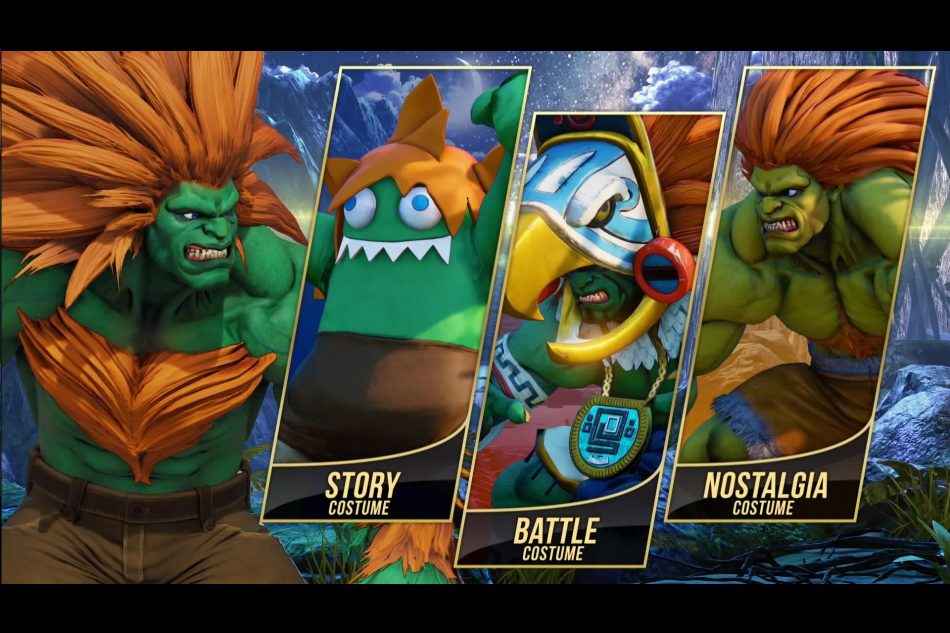 Blanka is coming to the Street Fighter 5 Arcade Edition as a DLC character on February 20, 2018. The electrifying green beast with orange hair also arrives with an impressive move-set. Get the full list of moves, and find out how to master the beast!

Original name Jimmy, Blanka hails from the jungles of Brazil and first appeared in Street Fighter II. Judging by the announcement trailer of the new DLC, Blanka has received a bit of a makeover. In Street Fighter 5, he’s looking a bit more savage than usual with longer hair that makes him look really wild!

Blanka Learned His Street Fighter 5 Moves in the Amazon

Blanka’s back-story is interesting. He learned to survive following a plane crash that left him stranded in the Amazon. Having to battle again other creatures, he learned his savage moves. In SF5, the story goes like this:

Blanka is living peacefully with his mother, and has adapted well to being introduced back into society. One day, a suspicious salesman approaches him and offers a way to make Blanka famous by mass producing a doll made in Blanka’s likeness. Will it work? Find out in his character story mode.

Available priced $5.99 or 100,000 Fight Money, Blanka can be downloaded as DLC for the Arcade Edition of Street Fighter 5 on February 20. He’ll also sport a variety of costumes, including

Okay, let’s get to the nitty gritty. Courtesy of Capcom, here’s the full list of Blanks Moves in the Arcade Edition. And here’s a bit more detail about some of the individual Blanka moves in Street Fighter 5.

Blanka immediately ducks for cover for a short time before rising back up. His V-Skill can avoid many attacks, including fireballs. After performing Coward Crouch, Blanka can follow up with either Wild Lift (Punch Button) or Raid Jump (Kick Button). Wild Lift sees Blanka move forward while swinging his arms up to launch the opponent in the air and can be followed up by a normal, special move, or even a Critical Art. Using Raid Jump, Blanka swiftly jumps in the air where he can use any mid-air attack to advance.

Blanka's V-Trigger I gives his special roll attacks more damage and can then be followed up by certain attacks, including his Critical Art. It also powers up his Electric Thunder and changes the animation so Blanka steps forward while unleashing the electric current. On hit, the opponent is launched slightly in the air and can be followed up with a rolling attack.

Finally, Jungle Dynamo unlocks Ground Shave Rolling (HP+HK), which can be used as a combo extender or a way to charge in. This move was a super move in previous games, but is now a special move in SFV: AE.

Lightning Beast unlocks a special move, Rolling Cannon (Direction + HP+HK), which can be performed after using Rolling Attack, Back Step Rolling, and Vertical Rolling. Rolling Cannon can be used in multiple ways, such as extending a combo for more damage or changing positions to surprise the opponent.

In this Critical Art, Blanka slams his opponent into the ground in a series of electrifying rolls that ends in a move reminiscent of Lightning Cannonball from Street Fighter IV.

For more on Capcom’s latest fighting game, check out the Street Fighter 5 review. And get ready to test out Blanka’s latest moves very soon!