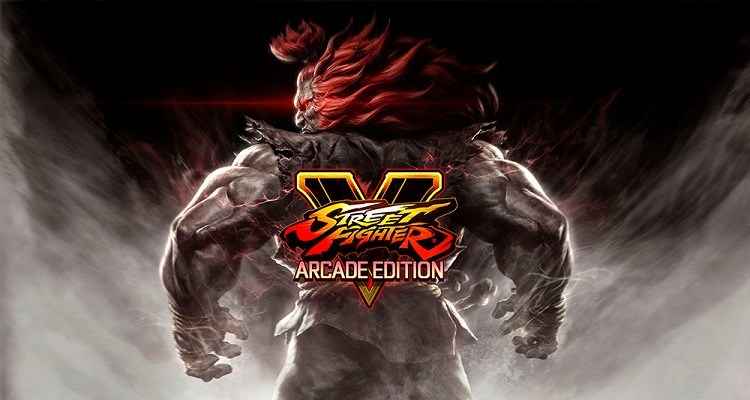 Back when I reviewed Street Fighter 5 at launch, it was a very good fighting game with very little to do. Promises were made about adding to it, and those promises have, over the space of two years, been pretty much fulfilled.

Now we have the inevitable upgraded version of the base game that Capcom insisted wouldn’t happen. Street Fighter 5 Arcade Edition is Street Fighter at its best. Not just in the fighting itself, but as a collected package of modes as well.

Street Fighter 5 may have the launch stigma stuck fast to its reputation, but with Arcade Edition, it’s among the best fighters on the planet right now. The Arcade Edition update is the meat of what’s new here. An update that overhauls a lot of Street Fighter 5’s presentation and throws in some new modes, DLC roster editions, and a balancing fix for good measure. It ups the ante of fights by making each one feel like a mini-event. And thanks to the tweaks in the game’s balance, that carries through into the fights themselves.

The core Street Fighter 5 experience was excellent in the first place, but not without its imbalances. With the majority of those fixed, Street Fighter 5’s fighting is nigh-on majestic. Whether playing competitively or solo, Street Fighter 5 retains that balance of inviting to the casual and the hardcore alike.

And that’s helped by the fact that there’s now plenty to do in single player too. The base Street Fighter 5 was criminally lacking in solo content, and the slow trickle of additions to fix that did it no favours. Yet now, there’s plenty, even if it isn’t as stellar as the shining genre examples. Key to this is the addition of Arcade Mode, a mode that should have been there from the start. However, Capcom haven’t half-arsed it and stuck to the usual fight a few folk, beat boss, see storyboard ending template. Instead, What you get is a celebration of, and tribute to, Street Fighter’s three decade legacy. From the awful origins, to the heady heights, and the disappointing lows.

You take on entry-specific opponents, so each run features only characters found in that particular Street Fighter. You compete in a series of battles, going for the high score to show off against the online community. It’s honestly nicely done. There’s callbacks to much of Street Fighter past without being obnoxious. You get revised original themes, a nostalgia-baiting bonus stage, a raft of unlockable artwork and juicy little secrets for ticking all the criteria off during each run.

For the Street Fighter enthusiast, it’s the best thing Capcom has done to Street Fighter 5. It might be a little light compared to something like Injustice 2, but there’s plenty of heart to it. No fighter has such a rich history to trade on, so it’s nice to see that used.

The roster is now pretty solid, with a significantly larger pool of players to battle than there was at a dreadful launch. Even couch-based combat with pals is better now, with a new team battle mode so you and a group of buddies can compete against one another with a variety of different options. It’s offline-only, but it’s still a proper hoot that evokes plenty of childhood Street Fighter nostalgia.

Going back to the way Street Fighter 5 plays for a moment, it’s important to note some of the balance changes and additions that refresh an already superb fighter. First up is the addition of anew V-Trigger for every character. It can’t be emphasized enough how much extra this offers players when trying to branch out their fight style. The previously iffy Anti-Air attacks have been smoothed out to perform much more fluidly, and the occasional cheapness found from crouch positions and the like have been either eradicated or lessened. The charatcer movesets have also had a refresh, which could well effect how and who you play with your main.

For instance, Dhalsim’s Yoga Sansara, a slow-moving projectile, can change course with a cheeky assist from a well-placed Yoga Flame. M.Bison’s Psycho Nightmare sees a return of sorts of the infamous Psycho Crusher, albeit with a little devilish twist. It’s things like this that can reignite veteran player’s interest in revisiting characters, and that’s an impressive thing indeed. It could easily gone in a negative direction, especially with a community that can be quite fickle about change.

So Street Fighter 5 Arcade Edition is everything I wanted Street Fighter 5 to be to begin with. It easily sits at the top table of fighting games in this full fat edition. So it’s doubly aggravating that it took two years to stumble to this point. If the much-publicised problems it had put you off diving into what was still a masterful fighter, then hesitate no more. This is fighting excellence.

It took two troubled years, but Street Fighter V is finally where it should be with the Arcade Edition update. If you haven't gotten round to it yet, there's never been a better time to tackle this true king of the fighters.