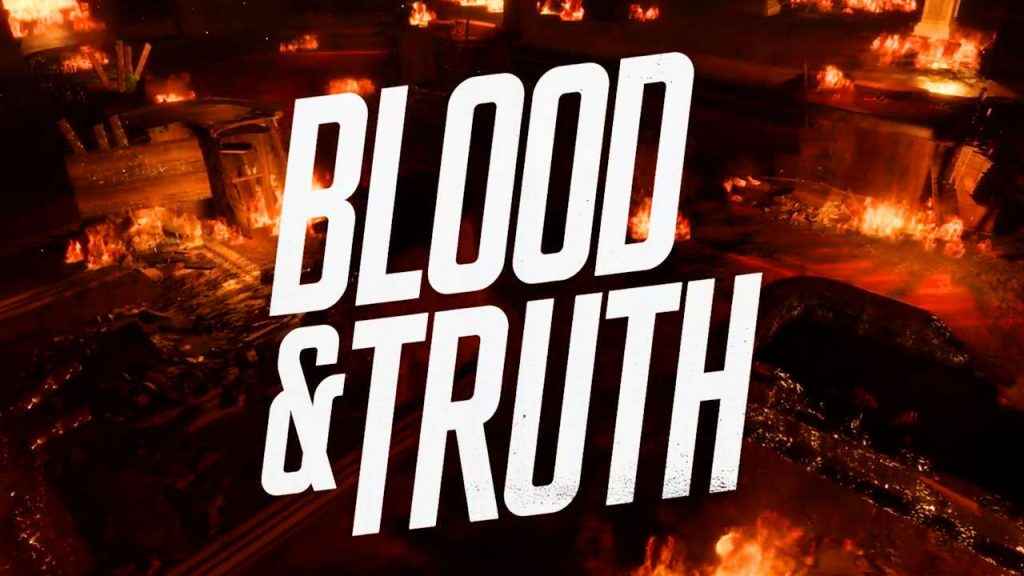 Blood & Truth is a special type of game that takes the best elements of light gun arcade shooters and thrusts them into a VR experience.

My demo of Blood & Truth on PSVR was extremely short, but I did get a good sense of what the game is all about. Blood & Truth tells the story of Ryan Marks, a special forces soldier on a quest to save his family from a ruthless underworld warlord.

My hands-on consisted of a tutorial where I learned how to move Ryan around and discover how the shooting mechanics work. I loved the small details that Blood & Truth implements.

Holstering and unholstering your weapon from your side and constantly grabbing a new clip of ammo from your belt adds a realistic touch that feels very natural. I got so used it that I new instinctively grabbed ammo with my free hand right before I ran out of ammo, just to be prepared.

Blood & Truth is a cover-to-cover shooter. Moving Ryan around is as simple as selecting which cover spot you want him to move to next. Shooting is also fun. I can switch which hand I want to hold my gun in and, using slight movements, can get a better shooting angle as I peak around corners.

The environment is also quite interactive. Cover gets destroyed, and I was actually able at one point to open up a car door to use as cover. I also found some grenades to throw at enemies and an assault rifle to use as well. Ammo is scattered around the environment, but I learned that it doesn’t hold any purpose to picking it up at the moment.

My hand gun had infinite ammo and the developers told me that they are thinking of making other weapons like shotguns and assault rifles that have a limited set of ammo. Slowing down time is also a feature that can be used giving you extra time to take out your enemies. I used this feature and got some great results with easy headshots and setting off explosive containers in the environment.

I was able to pry some information from the developers about Blood & Truth. The game is set to last around five to six hours, won’t feature any sort of multiplayer, and was developed around the success of the London Heist VR experience from the PlayStation VR Worlds game.

Blood & Truth is great new upcoming title that reminded me of great light gun arcade games such as Time Crisis and Virtual Cop. My time with the demo was short but I looking forward to playing more when the title finally releases sometime this year. For more on Blood & Truth stay tuned to PSU.