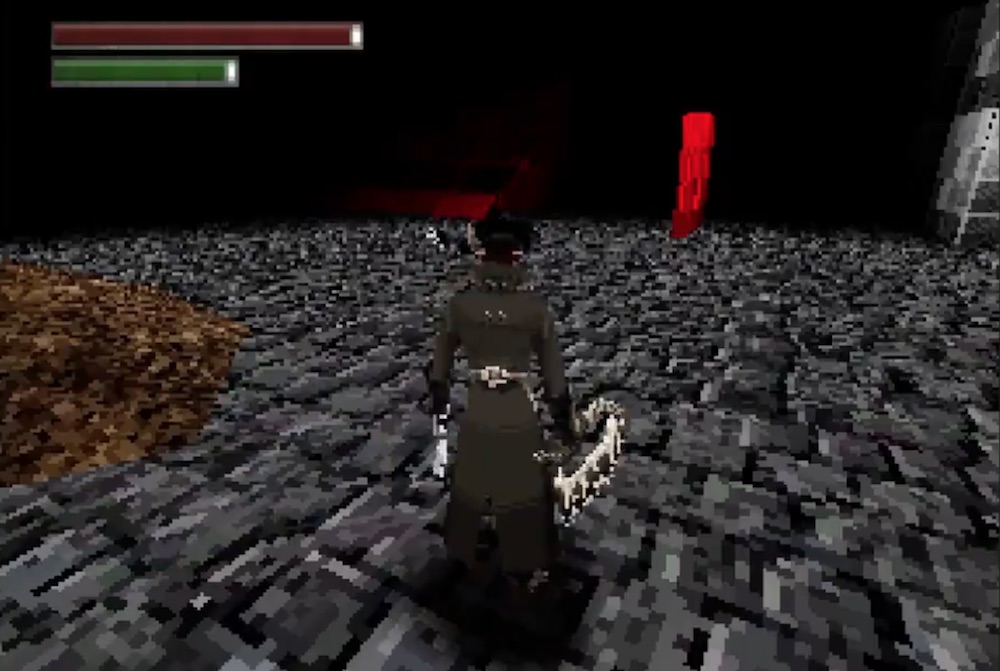 The creators behind the Bloodborne PSX Demake, which completely reimagines the brutal PS4 fantasy-RPG into a 32-bit era romp, have shared a new update featuring the boss battle against the Cleric Beast.

The creature isn’t just the only thing that’s been given a PSOne ‘overhaul,’ as the music has been recreated using a Roland SC-88 for that extra authentic retro touch.

Todays #BloodbornePSX dev thread shows some more polish on the Cleric Beast boss fight, including game progression tracking. The initial encounter will have the intro segment, while rematches will skip it to get to the fight faster. Insight is also granted before and after 👁️ pic.twitter.com/1xZr4zXcuM

The Bloodborne PSX Demake is in development by Lilith Walther, and so far has done a fantastic job at giving the original game a retro overhaul. Everything from the animations to the visuals are straight out of what you’d expect from the mid-late 1990s, which for a big retro game like me is a joy to look at.

Bloodborne was originally released for the PS4 back in March 2015 and remains one of the console’s most celebrated titles. Unfortunately, calls for a full remaster have yet to be answered, although modder Lance McDonald has made available a brilliant 60 FPS patch to download.

Missed out on Bloodborne? Then read our review to see what all the fuss is about.