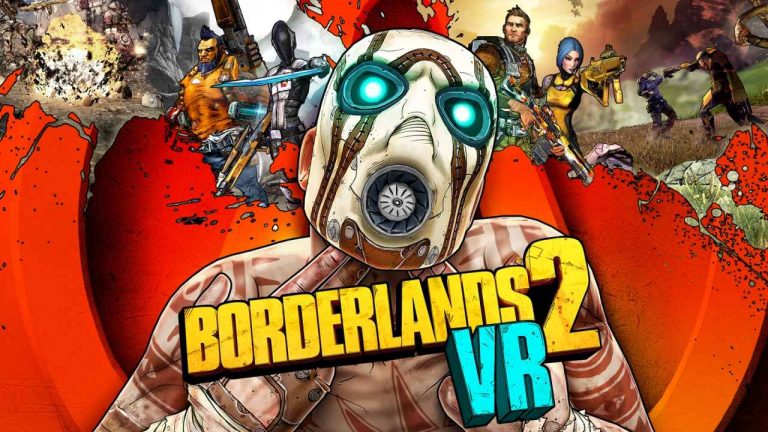 The Borderlands 2 VR BAMF DLC Release Date is September 6, 2019. You will be able to play all four story packs, the four headhunter DLC packs, and both class packs in virtual reality. Along with this announcement, it was confirmed that the PSVR exclusivity for the game will be up in Fall 2019 and the game will make the jump to PC and other VR headsets.

You can check out the launch trailer for Borderlands 2 VR below:

We really enjoyed the VR adaptation of the game when it released in December. In our review, we stated “Borderlands 2 VR takes a beloved classic game and gives it new life in VR and does so in a way that doesn’t feel gratuitous. With a level of user controls that should be standard for all VR games, Gearbox has taken great care to provide a unique experience for those prone to motion sickness as well as seasoned VR users.” You can read our full review here.

Borderlands 2 VR is described as:

Immerse yourself in the untamed, outlaw world of Borderlands like never before with the power of PlayStation VR.

Step into the boots of a notorious ‘Vault Hunter’ and arm yourself with hundreds of over-the-top weapons as you embark on a nobel quest to line your pockets with loot.

Blast away bandits with true-to-life, 1-to-1 aiming using PlayStation Move, beat-down psychos in the desert, or race across Pandora’s wastes in stolen vehicles in a bid to free the planet from Handsome Jack’s wicked clutches!

Borderlands 2 VR is available now on PSVR. The Borderlands 2 VR DLC Release Date is September 6, 2019. The game comes to other VR headsets via PC later this year, in Fall 2019.