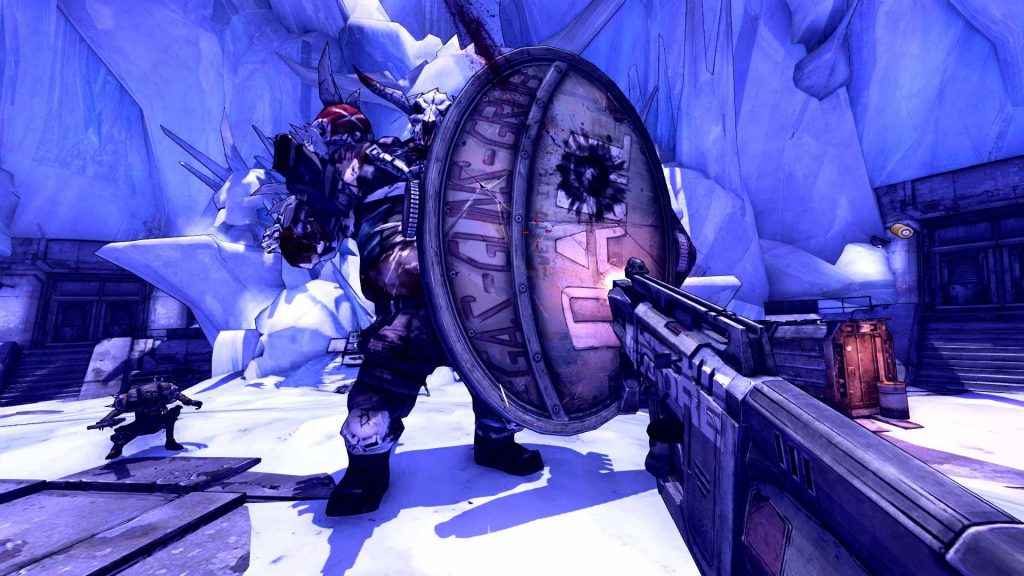 According to a recently released trailer, Borderlands 2 VR PlayStation exclusivity will last for a minimum of five months after the game launches on the 14th December.

That means other VR platforms (the HTC Vive, Oculus Rift etc.) won’t be getting their own versions of the game until May, at the earliest.

Sony certainly wasn’t backward in coming forward as to the game’s exclusivity; which is hardly new. The quality of its exclusives is just one of the reasons the PS4 has been so dominant throughout this console generation.

However, stating the exact length of time it’ll be available solely on the PSVR, is somewhat novel.

As you can see from the brief, 15-second trailer embedded below, the words “PlayStation VR Exclusive” are proudly emblazoned on top right-hand corner of the video. While an, admittedly, slightly less conspicuous disclaimer running along the bottom reveals Sony’s current exclusivity deal lasts for a minimum of five months.

BAMF Time and Other New Features

In case you hadn’t heard of Borderlands 2 VR before, rest assured it’s far more than a simple virtual reality port of the existing game, introducing a range of new features.

The most notable of these is perhaps Bad Ass Mega Fun (or BAMF) Time. A brand-new mechanic that lets players slow down time in order to carefully line-up their next attack.

Additionally, the game’s four playable classes (Siren, Commando, Gunzerker, and Assassin) possess a raft of abilities that leverage the new technology. While developer Gearbox Software has also implemented a new shoot-and-loot mechanic that makes gathering gear and ammo a doddle.