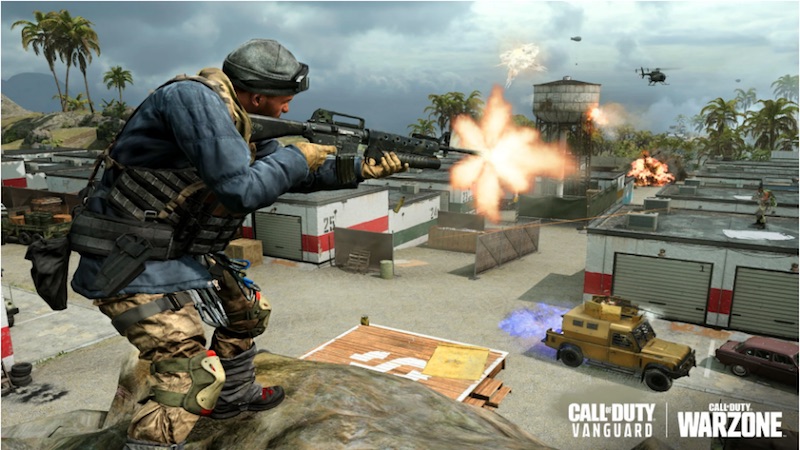 Activision has planted some plastic explosives and blown the door off the Call of Duty Vanguard & Warzone Season 4 roadmap, otherwise known as Mercenaries of Fortune.

Season 4 will go live for both games on June 22, and Warzone will be receiving a new map in the form of the High Moon Studios-developed Fortune’s Keep. This new battlezone is inspired by Mediterranean villages and sports cobblestoned alleyways and flat rooftops, and players can even explore sea caves and a medieval fortress.

Meanwhile, the Buy Stations are introduced with this new map, which are a Black Market Run Contract reward that offers up exclusive items including the Sequencer Grenade, Foresight, and the Nebula V Minigun. Caldera and Rebirth Island will also remain as part of a weekly playlist rotation.

Speaking of Caldera, we previously reported that Season 4 will reduce vegetation to improve player visibility, so that’s also on the cards.

Elsewhere, Call of Duty Vanguard & Warzone Season 4 unloads eight challenges across Caldera and Fortune’s Keep, with players able to hoover up rewards including weapon cameos, a reticle, a charm, an ensemble, and a new SUV gold skin.

Focussing on Call of Duty Vanguard specifically, Mercenaries of Fortune brings two new multiplayer maps: USS Texas 1945 and Desolation. The former is a revamped version of Call of Duty: WW2’s USS Texas. In addition, Vanguard players will also be able to tuck into the Blueprint Gun Game multiplayer mode.

Finally, Call of Duty Vanguard Zombies will unleash the updated version of the Shi No Numa map, which takes place the swamps of a Japanese jungle. The map was originally seen in Call of Duty: World at War, and also turned up in the Black Ops games.

Call of Duty Vanguard & Warzone Season 4: Mercenaries of Fortune will launch on June 22 for PS5, PS4, PC, Xbox Series X/S, and Xbox One.