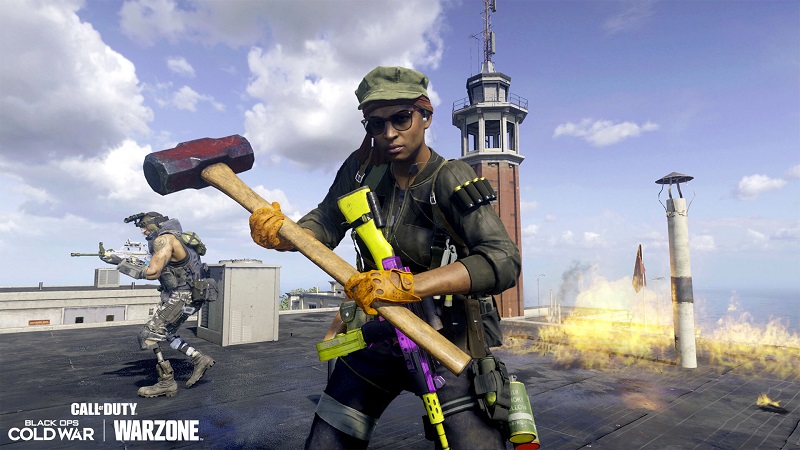 Activision has announced their new anti-cheat software for Call Of Duty: Warzone, titled Ricochet. After dealing with what seemed to be constant issues of hackers and cheaters despite large scale ban after large scale ban on Activision’s end, this new software will first release with Call Of Duty: Vanguard, before making its way to Warzone.

The news comes from a blog post on the official Call Of Duty website, which discusses Ricochet and the commitment that Activision has towards combatting cheaters.

“We are proud to introduce Ricochet Anti-Cheat, a robust anti-cheat system supported by a team of dedicated professionals focused on fighting unfair play. The Ricochet Anti-Cheat initiative is a multi-faceted approach to combat cheating, featuring new server-side tools which monitor analytics to identify cheating, enhanced investigation processes to stamp out cheaters, updates to strengthen account security, and more.”

The blog post went on, speaking about why Ricochet matters for players and for Call Of Duty.

2. Call of Duty: Warzone Adds Kernel-Level Driver. Kernel-level drivers are given a high level of access to monitor and manage software and applications on a PC, such as your PC’s graphics card driver. The driver element of the RICOCHET Anti-Cheat system will check the software and applications that attempt to interact and manipulate Call of Duty: Warzone, providing the overall security team more data to bolster security. Once the kernel-level driver is deployed; it will be required to play Warzone. For more detailed information about RICOCHET Anti-Cheat and its kernel-level driver, read the dedicated FAQ.

4. Feedback and Transparency Are Crucial. You are also a critical part in our pursuit to combat cheating. So, please continue to report issues in-game, allowing the RICOCHET Anti-Cheat team to adapt all tools to combat cheaters.”

While the kernel level drive Activision mentions will only install on PC, the post does say that console players playing against PC players through cross-play will still also benefit from this security measure. In any case, it seems like Activision is cracking down harder than ever on cheaters.