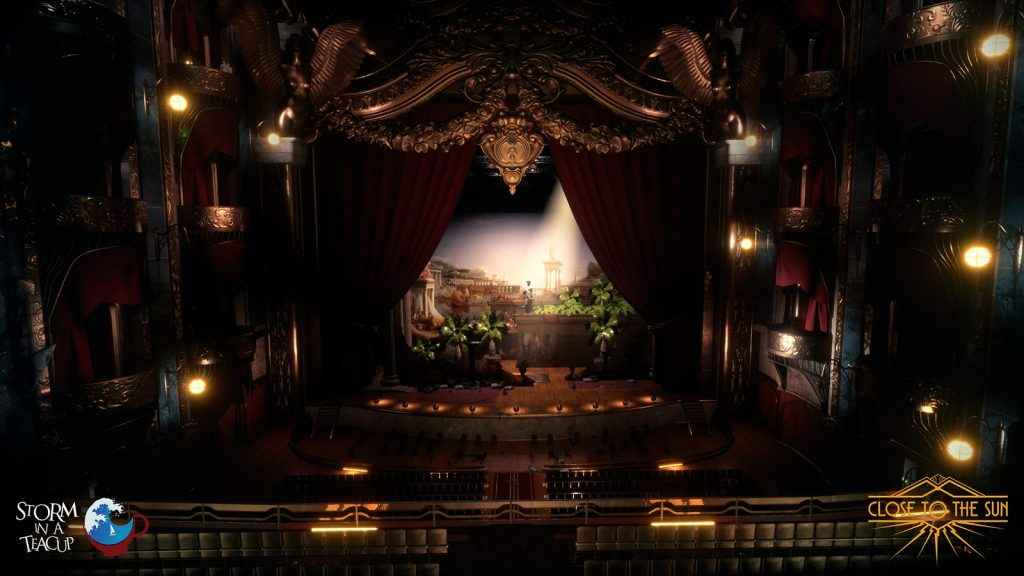 Developer Storm in a Teacup – the talented bods behind enjoyable narrative adventure NERO, have today announced Close to the Sun – their most ambitious project to date.

Close to the Sun Looks Hugely Promising And Dripping In Atmosphere

Set in a horrific turn of the 20th century dystopia, players must escape a foreboding ship complex all the while, without a means to defend themselves, evade the terror that has murdered the rest of the crew.

This is sounding rather promising to say the least.

Close to the Sun does not have a release date as of yet.

You can catch an overview of Close to the Sun and the debut trailer for the game below.

Monday 21rd August, Cologne, Germany: With its historic slice of horror Close to the Sun in hand, Italian studio Storm in a Teacup is excited to announce its presence at Gamescom, showcasing its aforementioned adventure to select media at the Italian Trade Stand (AESVI) at Gamescom. Close to the Sun casts players back to the height of Nikola Tesla’s career in the late 1890s, charging them with boarding a mysterious ship complex created by the man himself to bring the greatest minds of the world together in an alternative version of history.

Though his various scientific breakthroughs have, even at this early stage, had a major impact on the rest of the world, it quickly becomes apparent that something, somewhere on this ship has gone disastrously wrong, and history is not playing out as it should. Players take on the role of Rose, a young journalist searching for her sister in this first-person horror adventure, with Close to the Sun’s water-laden world offering no way of escape and no easy answers to the riddles aplenty therein.

We love the horror genre, but with Close to the Sun, we wanted to do something different to your standard horror cliche of a haunted house, offers Carlo Ivo Alimo Bianchi, Founder and Creative Director at Storm in a Teacup. I’ve also personally always been interested by Nikola Tesla, and while most people are aware of his scientific discoveries and work with electricity, we all thought his story would provide the perfect basis for a mind-bending mystery.

Scientists and intellectuals of his day were expanding the realms of human knowledge at a pace, so the idea of giving them all an environment without limits, without restraints of any kind, is an engaging one. But what happens when people out to create the perfect world discover their creation is not so perfect after all?

Close to the Sun features: –

Problem solving in order to progress the story: Just what happened on board Tesla’s ship?

You can catch the debut trailer for Close to the Sun below: