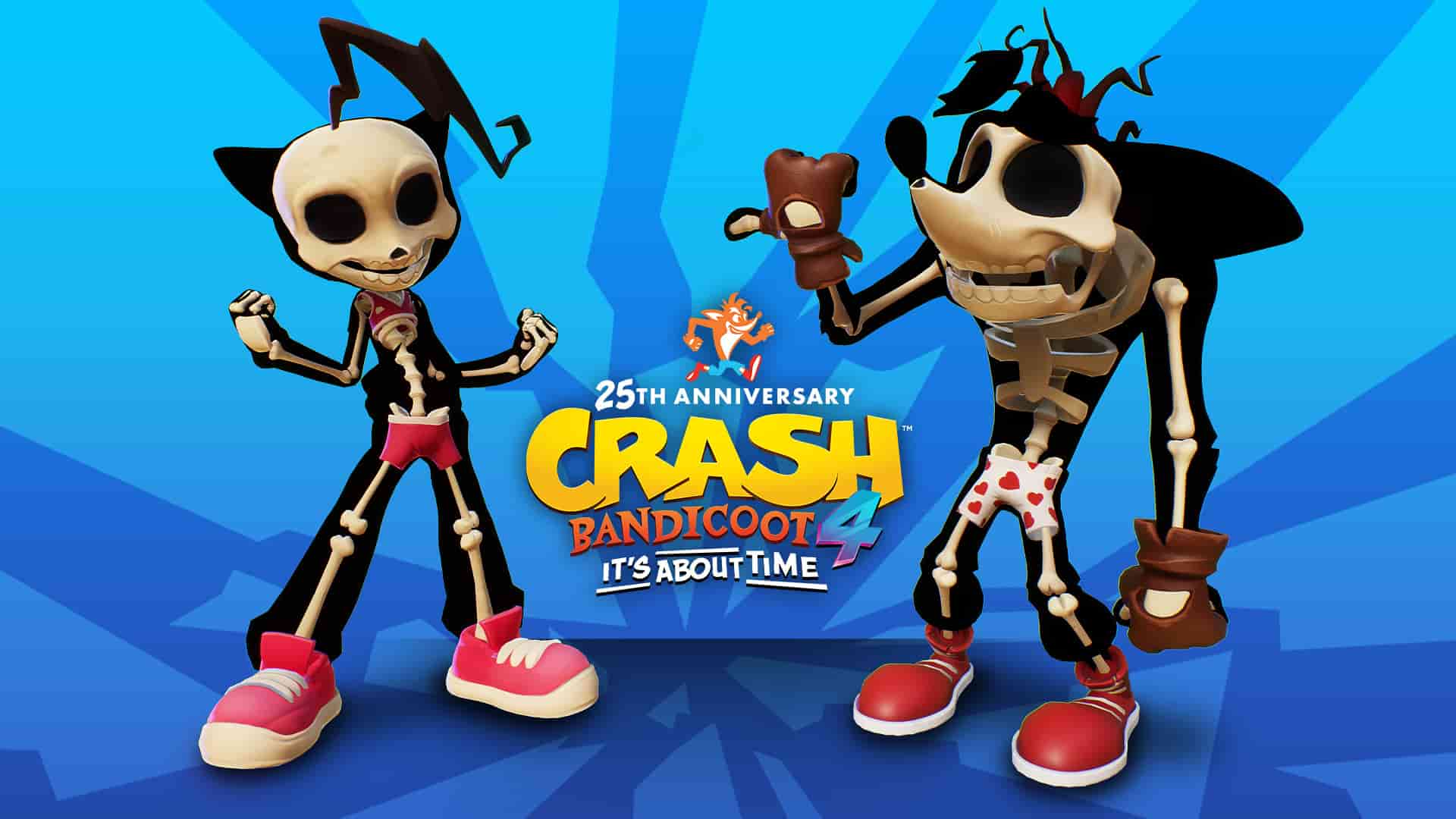 Activision has announced that it is dishing out a free Bare Bones skin to Crash Bandicoot 4: It’s About Time players as means of celebrating the crate-bashing marsupial’s 25th anniversary. The skin can be used for both Crash and Coco.

We always knew Crash and Coco were bad to the bone 🤪 🦴 To Celebrate Crash’s 25th Anniversary, all players of #Crash4 will be gifted a Crash and Coco Bare Bones skin. 💀 pic.twitter.com/txefC7BxIu

Crash Bandicoot was originally released for the PlayStation back in 1996, the same year as other heavyweight franchises such as Tomb Raider and Resident Evil. Crash himself became something of an unofficial mascot for Sony during the late 90s, although he didn’t quite have the same impact as Mario or Sonic.

The franchise was revived after a long hiatus with Crash Bandicoot N.Sane Trilogy in 2017 for PS4, PC and Nintendo Switch, and continued to pull at our nostalgia-tinted heartstrings with the equally brilliant Crash Team Racing Nitro-Fueled in 2019.

Crash returned with the critically acclaimed It’s About Time last October for PS4, Nintendo Switch, PC and Xbox One. Crash Bandicoot 4 was later given a PS5 and Xbox Series X/S upgrade, and you read how that turned out in our full verdict here.

Here’s to another 25 years, Crash!