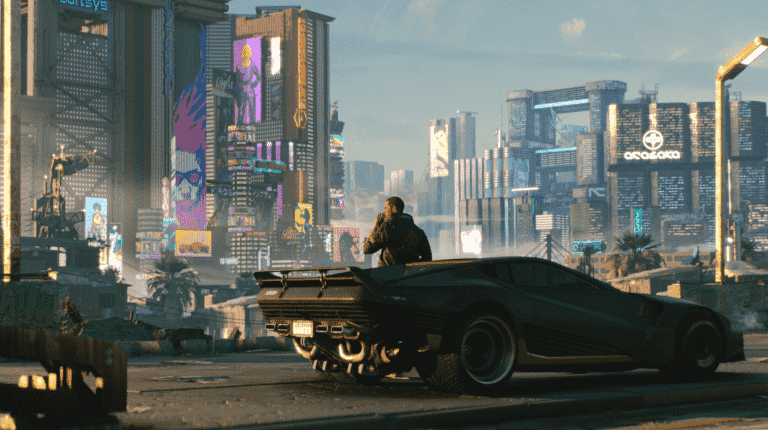 Cyberpunk 2077 has been the subject of yet more datamining action this week, which has unearthed a bunch quest descriptions that may pertain to upcoming free DLC for CD Projekt RED‘s troubled sci-fi epic.

The info comes after modding community member romulus_is_here started poking around in the recent Cyberpunk update 1.2 files, where they started unpacking archive data.

peaking with Eurogamer’s Emma Kent, the modder explained that main quests in Cyberpunk 2077 are typically split into three categories: prologue, part one and epilogue, and are numbered from q000 to q204. However, the localised directly features a few quests that are named q301, and story-ep1 — these obviously differ from the usual quest parameters.

As such, Romulus feels this listing is confirmation of the “very first large story-based DLC,” and while a few of them have been in the game since launch, much of the content with ep1 were only added with update 1.2.

Eurogamer was able to dig a little deeper into these files, which coughed up plots for “street stories” which are not available in the vanilla version of Cyberpunk 2077. Some have placeholder text, but other examples include objectives and email exchanges, among which includes chatter between two characters in a quest titled Wagner.

We’ll have to wait and see what CDPR has to say on the subject of Cyberpunk 2077 DLC, but the evidence is pretty compelling.

Elsewhere, the studio recently said that it had canned its planned Cyberpunk 2077 multiplayer, although the native PS5 and Xbox Series X/S version of the game will still release later this year. The game’s PlayStation Store return is also looking positive as CDPR has ‘friendly relations‘ with Sony.