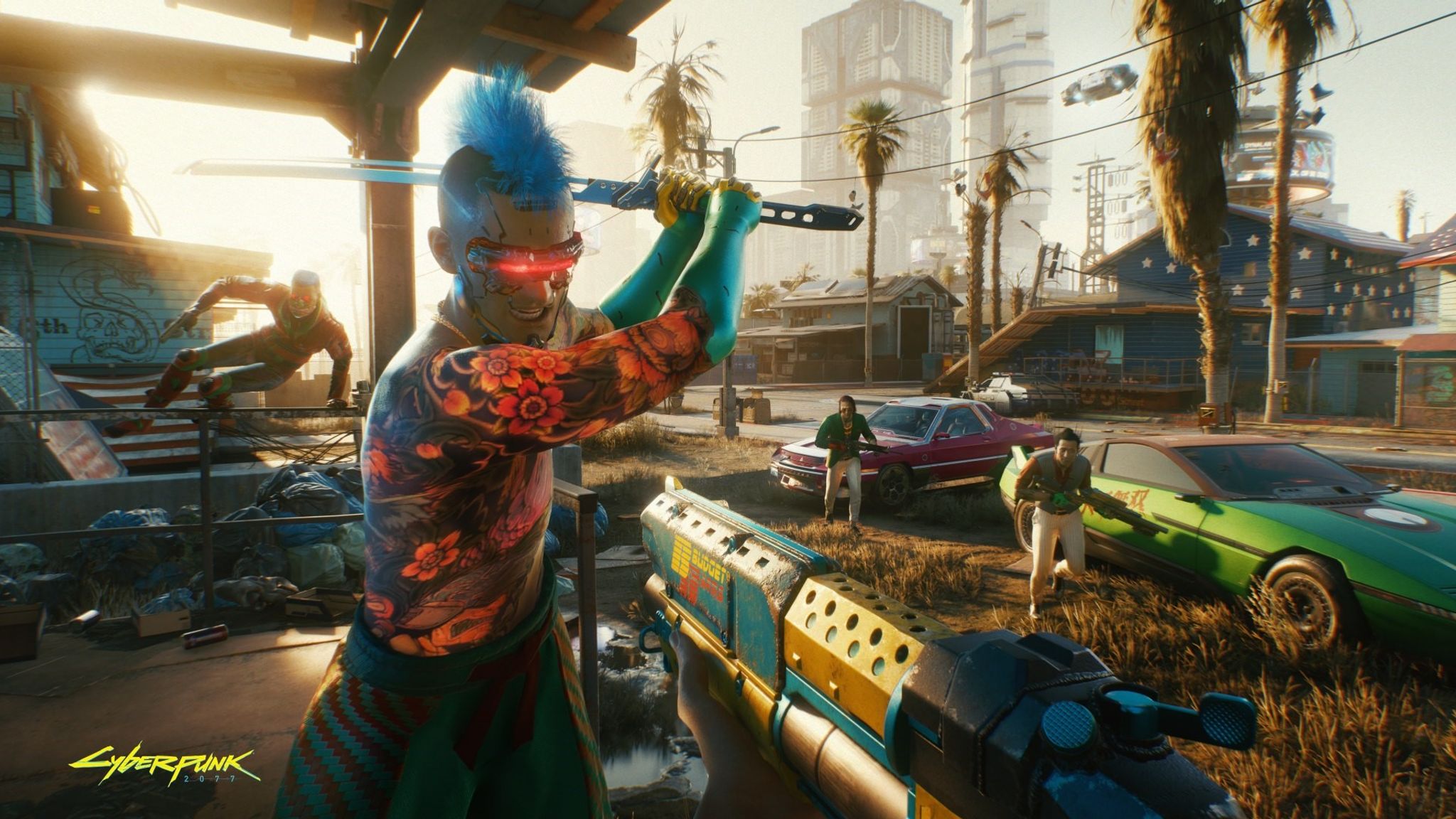 CD Projekt RED is evidently not done patching up Cyberpunk 2077 yet despite its performance reaching a ‘satisfying level,’ and has teased the troubled sci-fi title’s ‘biggest update yet’ in a new ad running on YouTube.

Having recently returned to the PlayStation Store after a six-month absence, the new Cyberpunk 2077 update looks set to arrive soon and CPDR also mentions there’s “more to come,” so players obviously have plenty to get excited about.

With Cyberpunk 2077 set to receive DLC expansions at some point down the line, we’ll hopefully be hearing about this new content soon enough. There’s also the PS5 and Xbox Series X/S versions of the game coming out later this year, too.

Cyberpunk 2077 was released in December 2020 for PS4, PC, and Xbox One, although its performance left a lot to be desired on last-generation platforms. As such, CDPR has spent the last six months effectively plugging the holes with duct tape in an effort to improve things.

It’s also found itself on the receiving end of a number of class-action lawsuits, with the four consolidating back in May and later filed with the court last month.