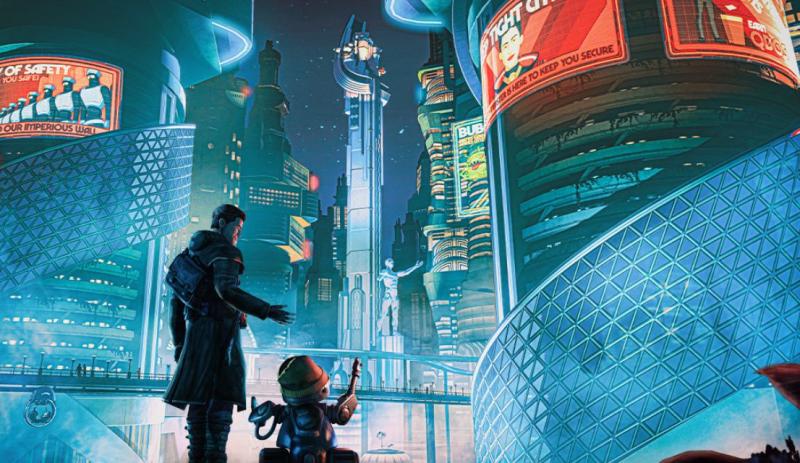 Beyond a Steel Sky, critically acclaimed cyberpunk-flavoured thriller from Revolution Software, will finally be coming to PS4, Nintendo Switch and Xbox One in Q3 2021 as a digital and physical release, publisher Microids has announced.

The game was originally released for Apple Arcade back in June 2020, with a PC and Mac launch following the next month. However, for whatever reason, a console version of Beyond a Steel Sky has remained elusive — until now.

Signing this publishing deal with the renowned Revolution Software studio delights us! We’re thrilled to give players the possibility to (re)discover the long-awaited sequel to Beneath a Steel Sky on consoles by diving into a captivating story supported by clever gameplay mechanics and gorgeous graphics.

I am delighted to be working with Microids, a company with such a great reputation for publishing high quality adventures—they are the ideal partner for Beyond a Steel Sky, our most ambitious adventure to date.

Beyond a Steel Sky takes place in Union City, a dystopian cyberpunk metropolis that is ripe with mystery and sinister secrets. Taking place decades after the original game, Beyond a Steel Sky is an ‘ambitious adventure’ featuring a stunning comic book aesthetic from Dave Gibbon, and sees players following Robert Foster, who is on a mission to rescue a child recently abducted in a brutal attack.