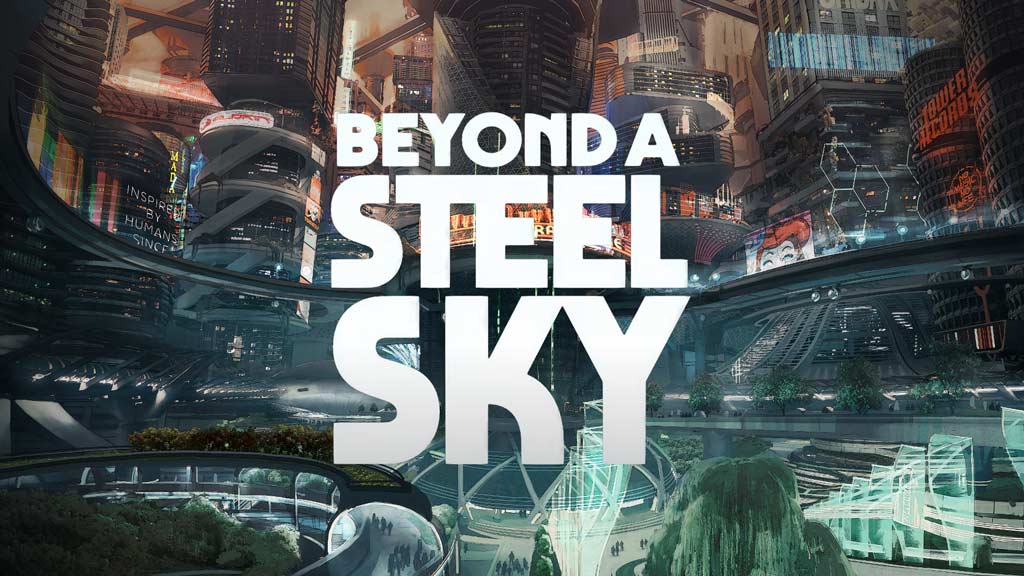 Beyond A Steel Sky PS4 Review Twenty six years after the highly lauded point and click sci-fi adventure Beneath a Steel Sky was released on PC and the Commodore Amiga, the same team have reunited for the sequel Beyond a Steel Sky. Featuring the same lead character Robert Foster, and set in the same dystopian Australia of the future, the new story concerns our protagonist’s search for a missing boy abducted from the desert wastelands around Union City which leads him into the metropolis to uncover the truth. Visually, the cel-shaded 3D world bears little resemblance to the original 2D game from 1994, but has the gameplay moved on enough to make it a worthy successor for this generation of gamers?

Beyond A Steel Sky Review (PS4)

Revolution Software‘s Charles Cecil is something of a god amongst adventure aficionados, being responsible for the Broken Sword series which began its five game run in 1996, balancing densely plotted stories with intelligent wit to great effect. His collaboration with artist Dave Gibbons (Watchmen) two years earlier in 1994 was no less critically acclaimed and featured the same high quality of storytelling along with his trademark wit and Gibbons’ inventive visuals. However, the scale of the game meant that Amiga owners had to juggle twelve floppy discs in order to traverse Union City during a playthrough.

Thankfully no such problems arise for console owners playing the long awaited sequel. In fact the game originally released in 2020 on Apple Arcade so the original scope was presumably scaled back to accommodate iPhone users who might want to play it in their German SUV before they drive a few hundred yards to do the school run. Fortunately the presentation on this console release doesn’t reflect on any mobile pad or phone origins and generally looks pretty impressive, although the use of cel-shading treads a fine line between old hat and charming retro depending on your taste. 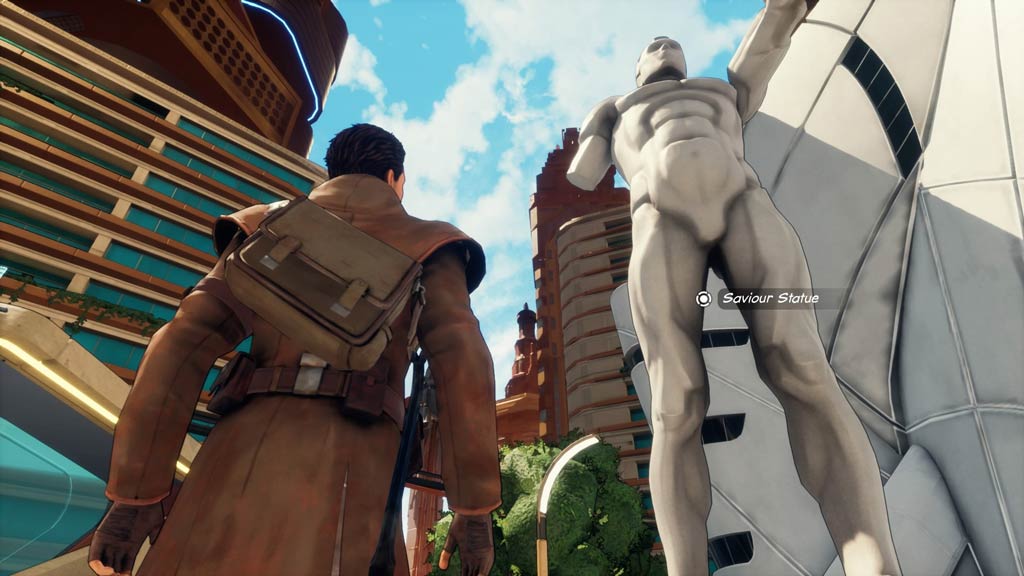 Down In The Desert

The story opens in ‘The Gap’, the desert wastelands inhabited by those who choose not to be part of the corporate gated Union City. Cut scenes re-introduce your smart-talking and slightly butch protagonist Robert Foster, who witnesses the abduction of his friend’s son while they are out in the countryside. Buoyed by a search for the child and justice for his badly injured friend, Robert heads back into Union City in search of the mechanical behemoth responsible.

Once the cut scenes have ended and you take control of Robert, it becomes apparent that the third person view and the amount of detail packed into each explorable area are thankfully worlds away from the original game’s point and click 2D experience. The game is structured in chunks, meaning that you’ll only move onto the next area once you have triggered the necessary events.

Generally these areas are rich enough with content, characters and story that you don’t mind hanging out exploring every inch of your environs while you look for solutions to the puzzles. Interacting with any of the significant NPCs opens a selection of conversation threads which you can choose to follow and the responses are generally witty and relevant to the story, adding depth to each character and all the while immersing the player into the story. 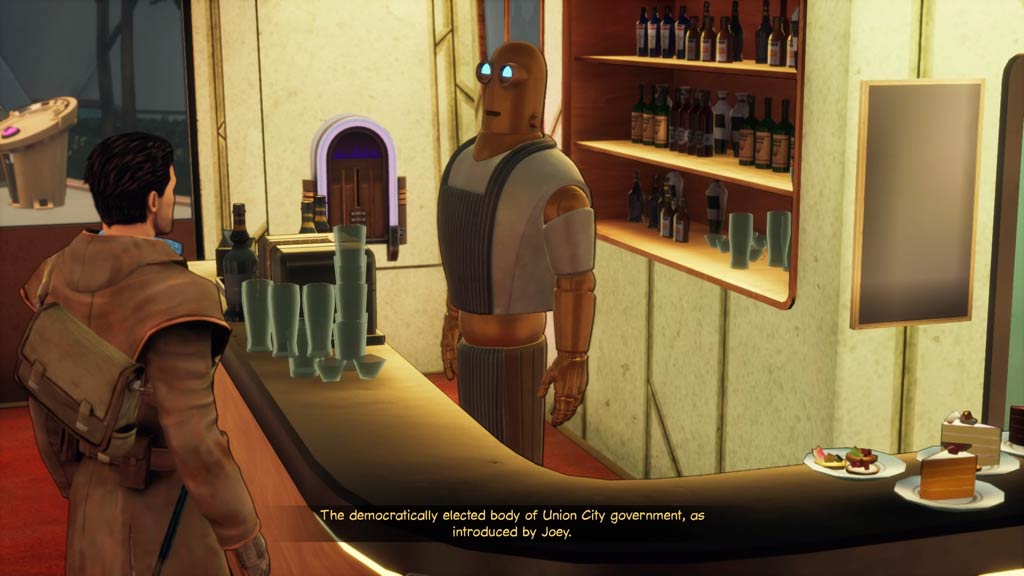 Occasionally the solution to a puzzle doesn’t appear readily available, even after picking all the brains of the NPCs, scouring every interactive machine, or searching each building multiple times. Fortunately, the developers have included an excellent hints system which slowly reveals a solution over time, allowing you to try and unpick a problem without having it handed to you on a plate. Even after all the hints have been given, there are often times when you just have to rely upon your basic common sense so reaching a solution still feels like an achievement. It’s an excellent system and helps to avoid looking for walkthoughs online which is never satisfying.

Robert collects quite a few objects on his journey, and fortunately when you interact with anything, the HUD is forgiving enough to only allow you to select an object if has any relevance to the solution or comedy value. This avoids being swamped with options when the complexity of the puzzles is ramped up and thus removes a lot of time wasting and frustration.

This isn’t to say that you won’t be spending a lot of time exploring Union City, but Revolution’s knowledge of how to finely craft a satisfying adventure experience that sidesteps aimless wandering and focuses on delivering a joyous narrative shows why they are so highly regarded and they clearly still have the chops. 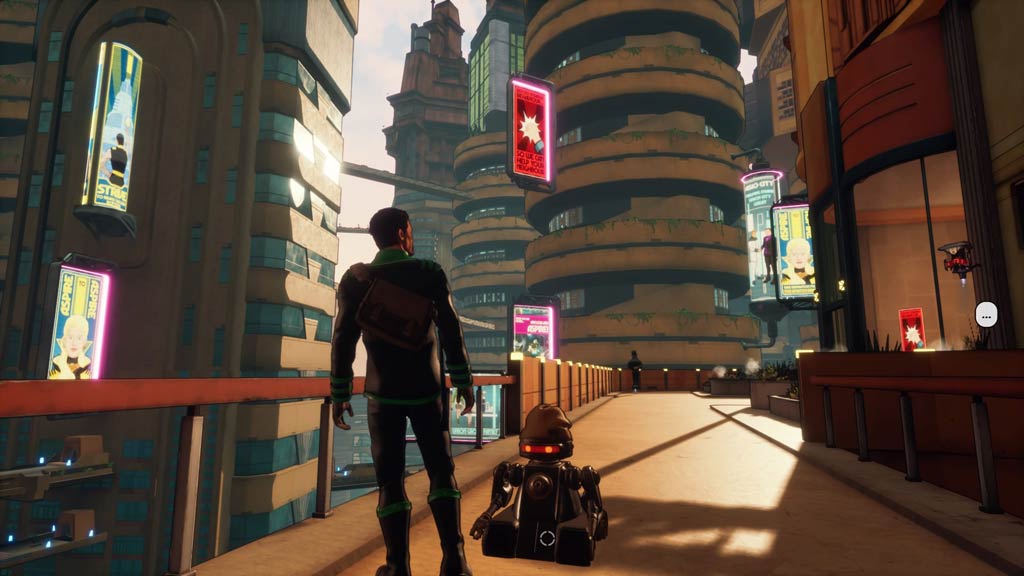 Returning to the story, it is revealed early on that Union City was originally founded by Robert’s android Joey but he was ousted in recent years by the current rulers who on first encounter appear officious and more than a little sinister. The city itself is a wonder of science fiction modernity, with automated advertising, robots and devices at every turn, most of which can be hacked when you manage to barter for a scanner.

It transpires that the scanner is the key to many of the principle puzzles, allowing you to switch elements of the automated world around in a diagram screen which opens providing you are in close proximity to the machine that you wish to hack. Timing the hack in order to exchange processors between two or more devices (one of which is usually moving!) opens up the opportunity for logical solutions as well as a world of mischief as the orderly city is yours to throw into chaos.

Despite the illusion of an open world city to explore, the story is entirely linear with each task opening up after the completion of the preceding area. While this may seem a tad dated, there’s a real sense of purpose throughout and it helps to propel the story forward and to focus the player on revealing more secrets at a consistent pace as the developers drip feed the narrative while you progress.

While the structure may perfectly serve the story, the main criticism is that there is usually only one solution to each puzzle. This narrow approach combined with the generous hints system results in a total absence of urgency or threat as you’re always given plenty of time to solve the current conundrum and having done so, there’s little impetus to return to the game after completion.

Had there been a bit more leeway in how to progress making use of the highly detailed interactive sets and the creative options allowed with the hacking scanner, it would have encouraged more creative thought from the player along with a curiosity on how else your goals could be reached encouraging another playthrough. Perhaps if Revolution had slightly scaled back the reams of unnecessary conversation in-built into each interactive NPC and instead worked on a few alternative puzzle solutions, it would have been a welcome compromise between an old school narrative adventure and a more modern gaming experience. 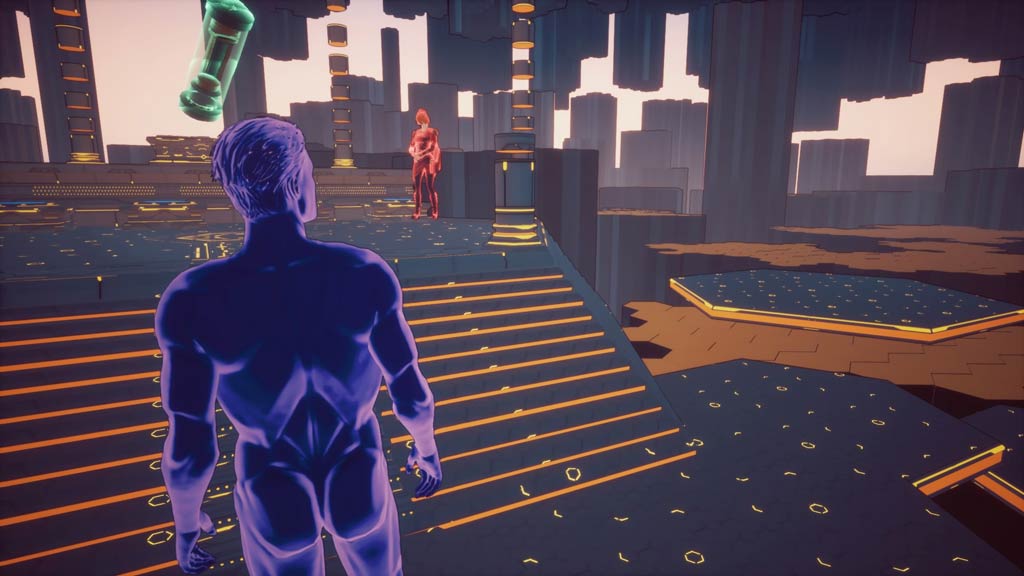 Ain’t No Pleasing You

Aside from this, there’s little to criticise in Beyond A Steel Sky. The visuals are firmly last-gen, particularly the occasionally ropey character models, and this isn’t necessarily helped by the cel shading which is a design choice presumably used to emulate a graphic novel. That said, I was so entranced by the story and the compulsion to discover more about the characters, the comparatively primitive presentation didn’t bother me at all. If you’re looking for a game to showcase your PS5 though, forget it.

While the game struggles to impress graphically, the voice acting and soundtrack have no problem in boosting immersion. Every character boasts a distinctive performance, with just about every British regional accent accounted for. A refreshing change from the usual American accents found in videogame voice acting, although this may alienate other English speaking gamers outside of the UK.

The music is a combination of original orchestral pieces which loop inconspicuously along with area specific music relevant to characters or events. All of these combine brilliantly with the atmosphere of the narrative and maximum kudos should be given for the composer Alistair Kerley for his superbly judged and rousing compositions.

It’s difficult not to recommend Beyond A Steel Sky for anyone who enjoys either science fiction or character based adventure games infused with dry wit. The pace may be extremely measured, but there’s rarely a dull moment in your journey through this perfectly formed world packed full of a cast of disparate and eccentric inhabitants who (mostly) beg for more investigation. The slightly antiquated linear approach will not be for everyone, but like an absorbing book from a great author, you can trust that you’ll be entertained and enthralled up until the very end.

Beyond A Steel Sky is available now on PS4 and PS5

A thoroughly absorbing and compelling sci-fi adventure story which perfectly balances dry humour and gripping narrative. It's worth overlooking the slightly dated cel shaded visuals and the linear structure in order to enjoy a refreshingly original game from the justly lauded developers.