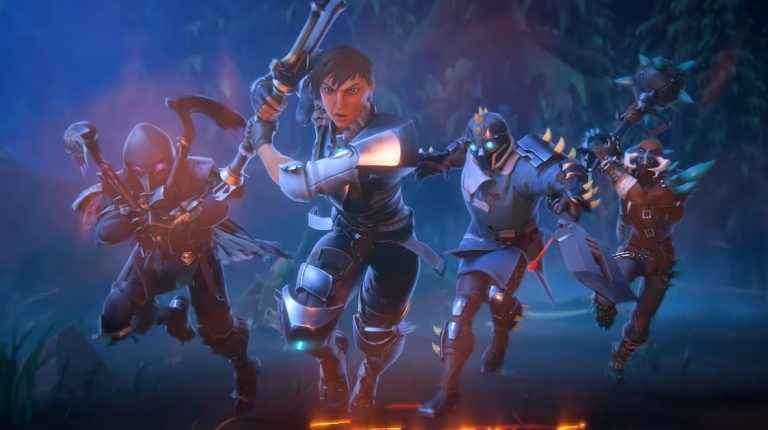 Developer Phoenix Labs has unleashed the Dauntless update 1.41 patch notes for your viewing pleasure, which is now available to download for PS4, PC, Nintendo Switch and Xbox One. The update comes on the heels of yesterday’s news that Dauntless is heading to PS5 and Xbox Series X/S.

Fixed a bug where the Valour meter would not show a Valour charge as filled.

Fixed a bug where the special meter would not show the Ardent Cyclone ability as ready to use.

Fixed a bug where the hold to fire function didn’t always work.

Behemoths will no longer retreat when a player does a great deal of damage with the chain blades’ Reaper’s Dance special.

When aether-charged, Agarus’ projectiles will no longer jitter and float away.

Fixed an issue where players were unable to clear Kharabak swarms from themselves during Escalation.

The quest “To Be Honest…” now displays a curiosities tutorial screen upon redemption.

The description for the PlayStation trophy and Xbox achievement, “Slayer Supreme” has been updated for clarity. It now reads: Reach Slayer Mastery Level 40.

Upgraded to the latest version of the Unreal Engine in preparation for the next generation of consoles.

Equipping a Dark Harvest mask while wearing a full helmet now preserves a character’s hair. All of it.

Fixed a bug that caused round objects to appear square. For example, emulsion bubbles in the Boil and Trouble Hunt Arrival were square instead of round.

Fixed a bug where Slayer crowns were not visible when previewing a character on the Personality, Equipment, or Hunt Pass screens.

Players arriving in Ramsgate after a Gift of the Grand Pumpkin curiosity has been placed will now be able to see and interact with it.