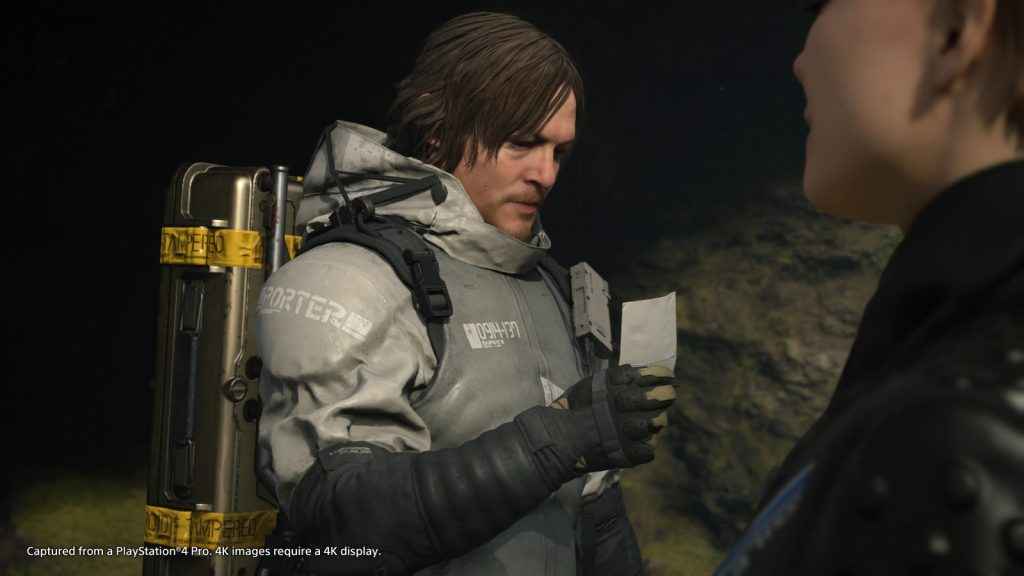 Considering Hideo Kojima has been conducting more mo-cap sessions for Death Stranding only this month, it seems a little far-fetch to imagine an early 2019 release. However, Death Stranding actor Norman Reedus believes it will launch early next year.

Speaking in a podcast interview, the Death Stranding star, who plays Sam in the upcoming PS4 exclusive, says that he still has three more mo-cap sessions left, but thinks the game will release in early 2019.

Check out the transcript from the interview.

Dan: …Tell me about this video game.

D: You showed me a trailer for it and it just blew my mind, man. So it’s all motion capture, obviously.

N: I’ve never done the kind that I’m doing on this, this is a whole ‘nother level, and I’ve been in a lot of video games, but nothing like this. And Guillermo Del Toro, he just wrote me – he and Hideo and I were supposed to do a different game, and that game kinda fell apart, because Hideo and that company kinda fell apart. It was Kojima and Konami, they kinda broke up in Japan and Sony picked up Hideo and he started his own thing at Sony. So we started this other one, Guillermo is like, “You should do this,” I was like “What is it?”, he was like “You should do this.” Then I met Hideo, he took me to the Video Game Music Awards, right. And he comes walking down the steps, and the steps are lighting up underneath him, y’know, he’s like “I’m back!”, and then 10,000 grown men, with tears in their eyes, are screaming like Elvis just walked in, and I’m like “Who the fuck is this guy?” He’s like a genius, and then you talk to him and you’re like “Oh, you are a genius.” He would actually be great to direct with movies because you’ll say “Y’know, maybe I should do it over here, like this?” and he’ll go, “Hmm, why don’t you add this on top of it?” So he doesn’t go “No, no, no, I see it that way,” whatever you bring to him, he just adds a couple more ingredients. He goes “Well, try that then,” and you’re like, it’s even greater.

N: Yeah, his explanations of stuff, the way his mind works, he’s the real deal genius for sure.

N: It’s not the kinda game where you kill everybody in the room. It’s a game of bringing people together. How you play it, is you’re building bridges from here to there, and other people are doing the same, and you connect, and the character that I play is, he’s got this phobia of being touched, and as you play the game the phobia leaves you. It’s complicated but once you’re in it, it doesn’t seem as complicated. It’s constantly surprising you with decisions left and right, and what comes at you, and it’s a real brave game. It’s visually stunning, and the story behind it, it’s a whole ‘nother level, y’know. It’s not Pac-Man, it’s not simple, but the philosophy behind it is one that everybody can get.

D: When is it available, it’s still in development?

N: I think it’s gonna be early this coming year, I have three more [mocap] sessions here in New York starting next week.

It was rumoured that Death Stranding would be appearing in some form at The Game Awards yesterday, but it never materialised. Despite getting closer to release, Kojima’s first game since he split from Konami, is still shrouded in mystery. However, we have gathered some details based on the trailers so far about what Death Stranding is about.

There’s no official confirmation yet on the Death Stranding release date, but we’ll let you know as soon as we hear anything. Incidentally, if you want to see something really cool check out Norman Reedus and some of the cast taking a smoke break in between mo-cap sessions.