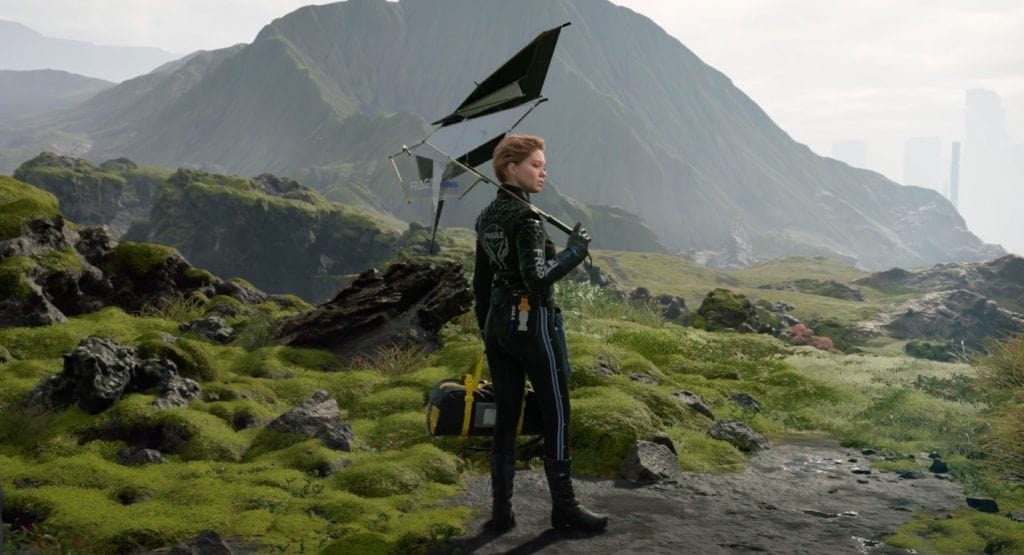 Some of my favourite pieces of media are those that try to say something about the current state of our world and outlook on life, whether explicitly or subtly. I adored Jordan Peele’s Us and Get Out. The OA is one of my favourite TV shows for what I believe it is trying to suggest about the Universe and our role within it.

History remembers those stories with relatable narratives, be it the dystopian, authoritarian regime of 1984 or Shakespeare’s poignant and emotional tragedies. When looking at the modern day, it is tough to find fictional entertainment that has focused on the current situation in our society from a political and discourse perspective.

The current state of the world isn’t welcoming. Conversations amongst ourselves aren’t even remotely close to civil and humane. Each day consists of someone fighting with someone else over something. We are divided into factions over political issues, geography, and beliefs. Those who believe that the UK should stay in the EU and those who don’t. The left and right in America colliding over abortion rights, trans rights, and a host of other topics. Wars taking place over the world, starving and killing millions of civilians in the process.

Day-to-day life isn’t enjoyable for the many of us sat on the sidelines witnessing all of this destruction in its many forms happening around us. During the last few years, I haven’t felt a lot of hope that we can return from the place we are currently at. Whether you partake in this in-fighting or observe it from afar, nobody wants to have a meaningful, deep discussion about how we are all tearing each other apart.

I don’t blame anyone for not wanting to tackle this subject. It is a volatile one that throws you into a cacophony of criticism and laudation from everyone in the age of Tweets and the constant threat of abuse from all angles. However, it looks like someone will finally be tackling the issue: Hideo Kojima and his latest sci-fi spectacle, Death Stranding. Last Wednesday we got our best look yet at the game, its themes, and the core message behind Kojima’s latest experience. That experience is one of people divided and disconnected from one another, fighting and waging wars. The trailer features lines that make this clear: “If we don’t all come together again, humanity will not survive.” “Humans aren’t made for living alone. They’re supposed to come together, to help one another.” “That’s what we need right now, not to stand apart but to come together.”

Sounds a lot like the world right now, doesn’t it? The game is even set in America, driving the point home even more. Kojima himself confirms that the game is about our connections between one another and forging new strands in the following statement:

Death Stranding is a completely new type of action game, where the player’s goal is to reconnect isolated cities and a fragmented society. All elements, including the story and gameplay are bound together by the theme of “Strand”, or connection.

As Sam Porter Bridges, you will attempt to “Bridge” these divisions, and in doing so, create new bonds or “Strands” with other players around the globe. Through your experience playing the game, I hope you’ll come to understand the true importance of forging connections with others.

At first, you can have your attention diverted away from these themes and onto the science-fantasy aspects of the game: the babies in bottles, the floating people, the enigmatic, invisible creatures. However, upon watching the trailer again after the initial viewing, the story Kojima wants to tell pushes its way into the foreground more and more. Eventually, it becomes clear that the political throughline is what Kojima is focusing on with Death Stranding.

That narrative, one of building connections, restoring a broken and fractured society to what it once was, strikes close to home for many of us. For that reason, whether Kojima intended for the game to mirror the modern world or not (I fully believe he intended it), Death Stranding is going to be one of the most political games we have ever seen. That is incredibly important for the video game industry. By questioning everything we are currently doing as a society and having that so closely ingrained to the narrative, characters, and gameplay of Death Stranding, Kojima and Sony are able to bring more attention to the importance of video games, not only as entertainment but as a powerful storytelling medium that is on par with films, books, and television.

Indie games have been able to do this in the past. But, the lack of budget and marketing has meant they have been unable to capture mainstream attention. However, Death Stranding is a big budget title, using one of the newest engines around (Decima), and is backed by the biggest publisher and console provider in the industry at the moment. The quality of Death Stranding’s graphics and the powerful performances of a star-studded cast could make the game one of the most influential ever, cementing its place in the museums of the future. And, just possibly, it might get people to think about what steps we need to take in the future as human beings. Sony publishing a game that is so visibly political is gutsy. In the current age of outrage culture, where anger floods social media and socially engineered boycotts can destroy people’s lives, you would expect large corporations and ‘big-tech’ to abstain from political issues and not comment on the current climate. Sony and PlayStation are more than happy to plaster their name on a product that could be one of the most poignant and resonant pieces of entertainment ever or a game that is a disaster and doesn’t treat these issues with the respect and care that is needed.

Kojima isn’t flawless. After all, this was the guy who had one of the only women characters in his game dressed in a skimpy outfit because she breathes through her skin! That character was Quiet from Metal Gear Solid V: The Phantom Pain, and she also didn’t have a voice just to add the cherry on top of the negative female representation cake. Whatever the lore reason, that doesn’t give people a good impression of you.

However, on the flip side, he has tackled similar moral and political issues before. Metal Gear Solid 2: Sons of Liberty highlighted data control and shone a light on the issue of child soldiers with Raiden. Metal Gear Solid 3: Snake Eater focused on Nuclear deterrence and negative patriotism. So, he isn’t entering uncharted waters with Death Stranding.

Either way, no one except a few at Kojima Productions and Sony knows how Death Stranding will pan out. Sony seems confident in the product and the way those who have seen the game talk about it suggest that Kojima could hit a home run. Just as with any Kojima game, we won’t know anything for certain until Death Stranding releases. But, come November we will all be talking about it, for good or for bad.