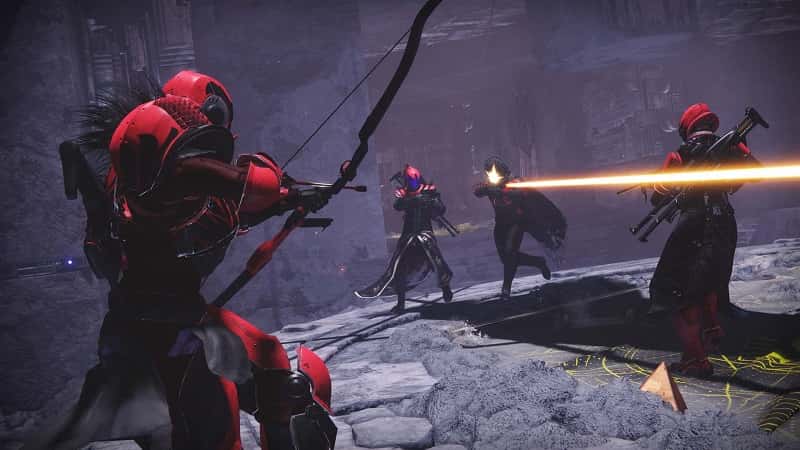 Earlier today the game director for Destiny 2 Luke Smith released a new entry in his Director’s Cut blog series. Smith uses this series to illustrate deep dives about his thoughts on the state of Destiny 2 and this entry is no different. Smith addresses several themes that have garnered a lot of discussion among the Destiny 2 community.

Guns are a fixture in Destiny 2, the good ones are kept and used, the bad discarded. But having access to all the guns in Destiny 2’s vast armory has caused issues. Originally all guns in the game had set attributes and perks. The 1st weapon would be identical to your 10th and so on ad infinitum. This was a large factor in the game’s stagnation during the first two expansions.

When random rolls were reintroduced, it was both a blessing and a curse. The concept of “god” rolls returned. The introduction of pinnacle weapons provided an enticing carrot to chase. But with an influx of such powerful weapons to our arsenal, only the best rose to the top. Power creep became a bigger demon than stagnation for Bungie to deal with. Therefore Bungie is making changes by limiting how long weapons will be able to remain relevant.

To quote Smith, “In the world we’re imagining, we’ll have space at the top end to create powerful Legendary weapons. Legendaries that are just better than other items in the classification. We’ll be able to do that, because the design space for weapons will expand and contract over time. Items will enter the ecosystem, be able to be infused for some number of Seasons and beyond that, their power won’t be able to be raised.” Smith estimates that most weapons will have a relevancy of 9 to 15 months.

Too Much Fear Of Missing Out

Artificial Fear Of Missing Out or FOMO is an increasingly common trait in video games. Limited time events have become so prevalent in gaming in order to create FOMO and drive engagement. But how much is too much? When a game starts to focus more on limited relevancy in content in favor of its core mechanics it starts to become a different game.

Destiny 2 is facing that problem; core activities have been neglected in favor of producing limited time content. FOMO is something that should occur naturally over a game’s lifespan. Smith states that this year’s iteration of seasonal content has too much FOMO. This will change next year. The goal will be to integrate seasonal content into core activities. Not create bespoke limited time content.

Too Much To Do, Too Much Not Worth Doing

A constant theme throughout this Director’s Cut has been the lack of aspiration in Destiny 2. The lack of meaningful rewards and achievements for the players to chase. A stale META in PvP, a lack of interesting PvE content and rewards, Destiny 2 has reached the point where the rewards do not match the time investment. For many players there are simply too many activities to finish during the weekly cycle. On top of that the endgame of Destiny 2 revolves more around creating builds than tackling difficult content.

Smith wants to change that, “In Destiny 2, aspiration is what keeps our game alive. It is the air that fills its lungs, it is the breath that gives the game meaning. Aspiration can be about entering Destiny 2 for the first time and feeling the potential of what you could become. It can be about the pursuits in front of you… We need to refuel aspiration in Destiny 2.” I believe that Smith and the team at Bungie can provide that aspiration.

All in all I enjoyed reading this latest entry in Luke Smith’s Directors Cut series. His frankness about the issues that Destiny is facing is refreshing. Often the community wonders if our voices are being heard, do the devs take our thoughts into account when they make decisions about the game?

Things like this confirm that yes, they are listening and yes they care about the game just as much as we do because they are playing it right alongside us. Smith has stated that we will continue to get more of these Director’s Cuts as needed in addition to the updates we get on the game through regular channels. I encourage you to read it in full here. For more on Destiny 2 be sure to check out our weekly Xur article.