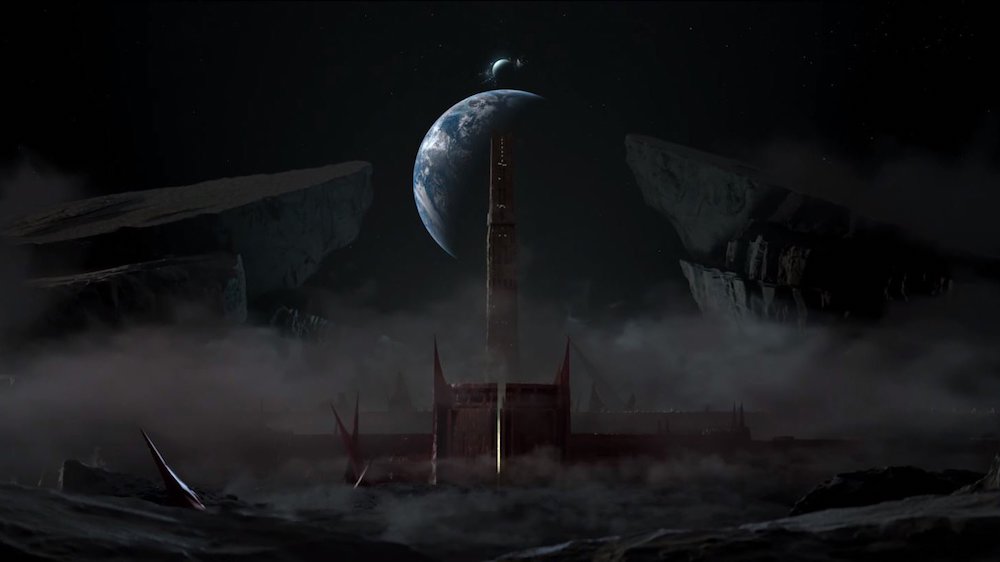 It is not hard to figure out what I wanted Destiny 2 to be. Any chance I had, I would scream it from the rooftops, whether here on PSU, on Twitter, or in actual conversations I had with fellow fans and friends. I wanted Destiny to be a game that continued to expand. No Destiny 1, 2, or 3, but just Destiny.

I wanted new players in Destiny 2 to know what I completed in the original Destiny, and I hated that I had to start over. Nevertheless, I’ve accepted that’s not what I was getting with Destiny 2. Still, that hasn’t stopped me from hoping Bungie would one day bring all of the Patrols, Exotics, and gear over from the original Destiny. I’m happy to report my dream is still alive.

On June 6, Bungie revealed the next chapter of Destiny 2; Shadowkeep. Here they laid out a lot of new details. Things like armor with customizable perks, new exotics, and a new/old location with the Moon. To some, this may seem as if I am getting excited about old content: “We have been to the Moon. Why would we want to go back?”

The answer is simple: one universe, one community. Destiny has been a game that I’ve lived in and my character has been with me for the past five years. Sadly, however, this has been partitioned by a restart in progress. With old locations making its way back, this could mean a flood of original Destiny content coming to Destiny 2.

This is an easy way to almost double the content in Destiny 2, with less effort than making new content. Granted, this would be no small undertaking. The original Destiny had a wealth of content to play through, from The Taken King and The Rise of Iron to The Prison of Elders and Trials of Osiris. All of these events come with gear and weapons that would give players more diversity in how they want their Guardian to look and progress. Not to mention a plethora of replay-able activities.

Massive Multiplayer Online Role Playing Game (MMORPG): Bungie and Destiny have avoided these terms since Destiny was just a concept. This was most likely a decision made by Activision to make Destiny seem more approachable. This may have been a good strategy in the beginning. As a console gamer, those words were foreign and intimidating to me.

I knew categories like this usually pertained to high fantasy, cooldown-based games, games like the super-popular World of Warcraft and Final Fantasy XIV. Both of these games hold millions of players in them. However, standard console gamers saw them as impenetrable. At the start, Destiny, a brand new first-person shooter from the acclaimed Halo series creators, carrying the MMORPG title would have scared some gamers into not giving it a chance. Nevertheless, the deeper I fell into Destiny, the more of this I wanted.

Destiny became a lived-in game and one that would change and evolve, regardless of if you were playing or not. Destiny 2 expanded on the idea with locations like the Dreaming City with the launch of Forsaken. Once the first group beat the new raid, The Last Wish, a curse was released into the city. Even now, every three weeks a Taken infection rips through the city, and it was all because a group of Guardians defeated Riven.

This adds weight and substance to Destiny. Not only was this group of Guardians the first to complete the raid in real life, but this group of guardians was also written into the game lore. Bungie wants to double down on this feeling, and the first step was taken during the reveal of Shadowkeep. Bungie has referred to Destiny as an MMO. From here, they can do anything.

Bungie is doing all the right things

Bungie is doing everything I’ve wanted them to do since I first fell in love with Destiny. Slowly, they are bringing back all the most important pieces of the original Destiny, they are expanding on the RPG elements of your Guardian, expanding on the world, and focusing on making a first-person MMO. The reason I’ve been so excited about the idea of Destiny becoming a full MMO is simple: expansions, not sequels. The idea of Destiny is your Guardian–that’s it, your Guardian.

He or she was there with you from the moment you started the game until the moment you stop playing. However, if Bungie continuing to release sequels, your Guardian might still have to start from zero once again. Imagine starting Destiny 2 with all of your gear, locations, and weapons from original Destiny. Immediately, the game would have felt much fuller and rich.

This is what I hope Bungie means now that the company refers to Destiny as an MMO. A game that expands on itself rather than restarting. This is something Bungie hinted at in their Shadowkeep ViDoc. Luke Smith even at one point said this will be the formula for Destiny 2 for at least the next three to five years.

This is not only great for the community who still plays, but also for the team at Bungie. Starting from square one will cause new balance issues, and force the team to add things to compensate for potentially shipping a lackluster base product. By focusing on expansions the team can double down on just what is necessary: adding events, gear, and locations with a singular focus rather than fragmenting that content between multiple additions and locations.

Bungie has checked off my wishlist so far with what I want out of Destiny. A continuing world, at least for the foreseeable future, with a step closer to having the original Destiny in Destiny 2. A deeper dive into our Guardian by giving us a more traditional RPG experience molding them into what we want. As well as not being afraid to call Destiny an MMO.

Bungie is proving it knows how to make the game I want them to. It is unclear how this will pan out, or even if the majority of existing players also want these changes. Nevertheless, this is the path I believe Destiny needs to take in order to survive. A multiple entry Destiny diminishes the importance of gear or even the effort to become more powerful.

Knowing you will just restart in a few years with a new numbered game will have players stop playing after stories are over, occasionally only coming back for the new expansion. With a continued universe, Destiny forces players to ask a question: “Do I care enough?” This may seem cold, but this helps cultivate the community. While under Activision, Bungie tried to please everyone, and in the process almost killed Destiny. With this new approach, the community has a single voice that Bungie can listen and respond to.

Shadowkeep is only the beginning

This new base that Bungie has created for Destiny will propel this game into the future. A game that feels like a reward for the gamers who have sunk hundreds of hours into their character. That new and returning players can jump back into without penalties of not being able to play with their friends. A game that will continue to grow and expand.

This is what I knew Destiny could be, and now that Bungie is free of Activision, I’m happy to see it take its first steps. Destiny will continue to grow, and as long as players still care about it, the game will become our game. We will help shape it and help it grow. The power is our Guardian, and with Bungie’s help, Destiny will only get better.

For a full recap of the Shadowkeep reveal, you can check out our story here. If you wanted to see the ViDoc yourself, you can check it out below. As always, for more info and opinions on Destiny, keep your eyes up to PSU, Guardian.