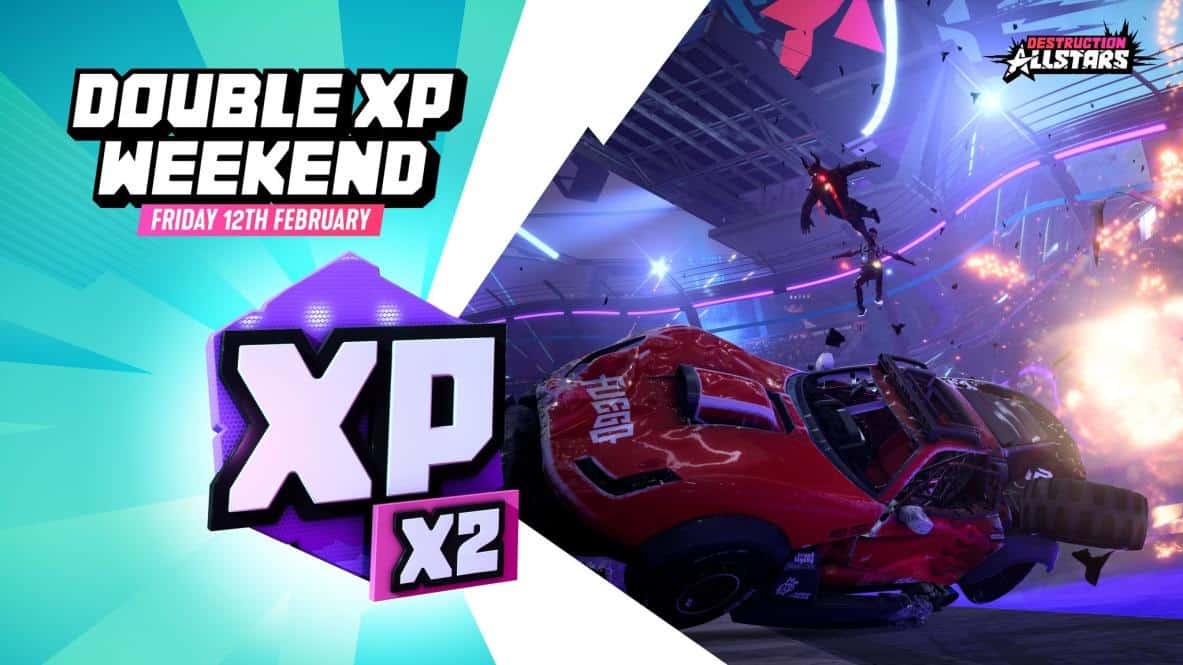 Original Story – Destruction AllStars on PS5 will be getting a double XP weekend which will start on Friday, February 12 at 3pm UTC.

Announced by Lucid Games on Twitter, the double XP weekend will allow players to earn twice as many AllStar Coins. These coins can be used to unlock a wide range of cosmetics for both the AllStars and the vehicles that they smash around the various arenas.

Receive AllStar Coins as you rank up and use them to unlock unique cosmetics for your AllStars.

Pointedly, the recently released Destruction AllStars 1.2.3 patch update also fixed a bunch of issues tied in with connectivity, stability and other such bugs.

You can catch the full patch notes here.

It’s fair to say that we were less than impressed with Destruction AllStars when it released as part of the February 2021 PlayStation Plus line-up, citing ‘a clunky mess of a multiplayer experience’.

That said, updates like these go someway to getting the game back on track, so it’ll be interesting to see where the game goes from here.