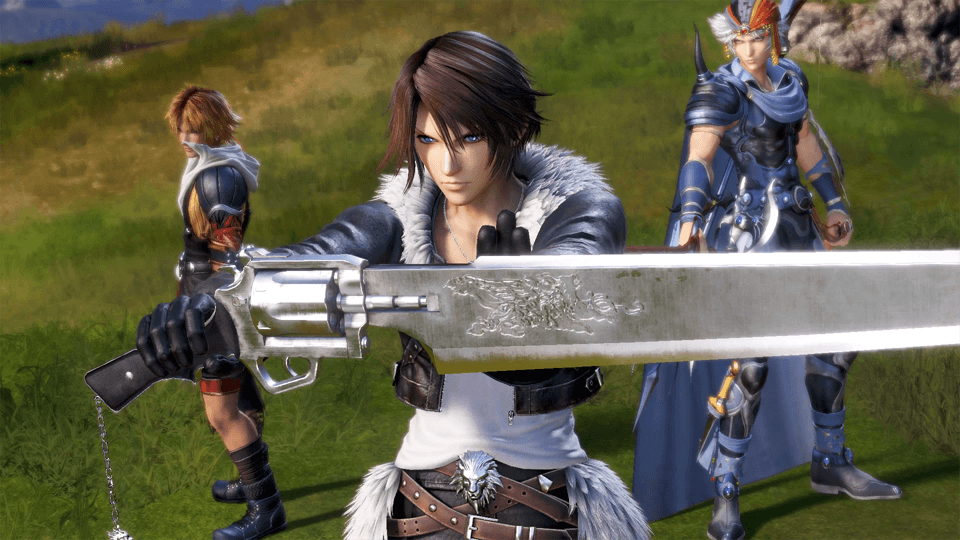 On a recent visit to the Square Enix offices, we went hands on with the upcoming Dissidia Final Fantasy NT and came up with six reasons why you will want to play Final Fantasy’s 3 versus 3 brawler.

The character roster alone is a huge draw for any Final Fantasy fan. Dissidia NT may be releasing with 28 characters, but is working toward a full list of 50 as the game will continue to be updated post-launch! There’s a wealth of choice spanning the thirty year history of the franchise, including: Noctis, Tidus, Y'shtola, Cloud Strife, and Sephiroth. Without further ado, it was time for two teams of creatives to make their choice. I looked to my left and expected to see wild variation, but all I could see was a row of Cloud…and there I was choosing Sephiroth. I thought I was the one being unoriginal! Speaking of Cloud, all of the characters have moves specific to the games they hail from – he has Meteorain for example. You'll certainly know about it when you see it… In what was shaping up to be a very merry Final Fantasy VII Christmas, naturally we started in the moody technological metropolis: Midgar. When it was time to shake things up we journeyed across the Final Fantasy multiverse via arenas in familiar locales. Dashing through the sprawling forest across from Cornelia Castle (watch out for that tree!), smashing more pots than heads in Final Fantasy IX's Alexandria, and battling it out for glory in Final Fantasy XII's Royal City of Rabanastre – not forgetting some fun in the sun in Final Fantasy X's Besaid. In MMO-esque style there are four classes to choose from: Vanguard, Marksman, Assassin, and Specialist. You'll want your team to have a range of classes, rather than an imbalanced team formed of just one – a bunch of squishy Assassins for example. So who’s who? Vanguards sit as a good all rounder and are a good place for beginners to start. Swooping around the battlefield as a medium-range combatant, you become a damage-dealing tank for your team. My mate Sephiroth is a Vanguard, alongside characters such as: Cloud Strife (yes, him again), Cecil, and the Warrior of Light. Assassins are close-combat rogues, as you might expect, dealing in agility and high combo power. Tidus, Noctis, and Lightning are some of the characters you'll find here. The Marksman deals in long-range and you'll find many casters in this category, including: Y'shtola, Shantotto, and Ace. Finally we have the Specialist, which is pretty much what it says on the tin – an expert in a specific method of combat. Their power comes from the player mastering the Specialist’s specific playstyle and provides a strategic complexity to the battle at hand. Bartz, Vaan, and the Onion Knight sit together under this umbrella. Generally you’ll want a Vanguard, Marksman, and an Assassin – if you wish to use a Specialist you will want to think carefully about who you replace. Each is proficient against a specific class, while being weak to another. For example, Vanguards will want to stay out of a Marksman’s line of sight, but can cut down those pesky Assassins. In Dissidia Final Fantasy NT, you have a tasty batch of summons to choose from: Ifrit, Shiva, Ramuh, Leviathan, Odin, Alexander, and the Bahamut. During battle you'll want to work with your team to summon in one of these behemoths, making damn sure you’re a force to be reckoned with. By smashing summoning crystals dotted around the arena you will build up your team's summoning bar and once that’s full it's bombs away! Your chosen summon provides a pre and post-summon buff, the first transcending into the second once your ‘friend’ arrives, who will then devastate the arena with their signature attacks. For example, Alexander – who became colloquially known as the ‘death boat’ (we know it’s not technically a boat) – boosts your team’s HP and gives the opposition a divine battering. There's no sitting around in Dissidia Final Fantasy NT, with the potential for battles to be over in 5 minutes or less! In this 3 v 3 brawler it's time to make your move, and make it quick. This is where team tactics and coordination come into play. Without it, you'll be lost in such a flurry that when your family learn of your defeat, the delivery Moogle will be unable to convey exactly what ultimately caused your demise – kupo! We liked that Dissidia NT's relative speed allows you to take this opportunity to experiment with characters and classes, as you discover what playstyles best suit you and your teammates. Final Fantasy is as Final Fantasy does and while the HUD and whirlwind of onscreen activity can be a tad overwhelming, the visual spectacle is still one to instill a sense of wonderment and awe, as you dash around Final Fantasy old and new. A beautifully crafted nostalgia feast for the eyes, Dissidia NT satisfies the itch to return to Final Fantasy's most beloved worlds.