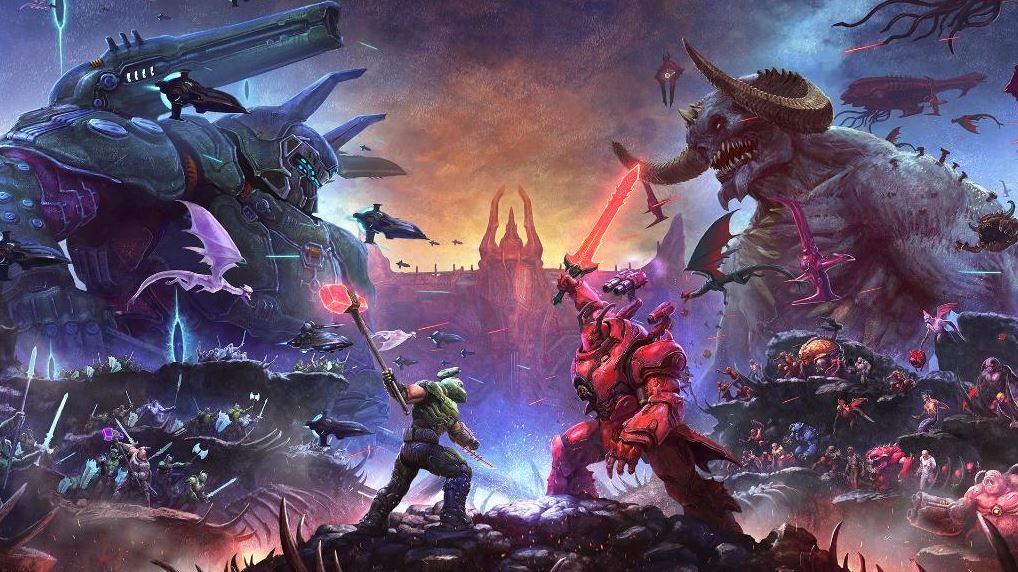 DOOM Eternal‘s second DLC, The Ancient Gods – Part Two, will get its first teaser trailer in just over a week’s time on March 15, 2021.

A piece of key art for the new DLC was also revealed on Twitter, which you can see both above and below. The DLC will follow directly on from The Ancient Gods – Part One expansion, which released back in October for the critically acclaimed first-person shooter.

Alongside its PS4 release, presumably, this DLC will be coming to PS5 as well, as DOOM Eternal is set for a PS5 release, sometime in the future. We haven’t heard much about that upgrade since its announcement, so hopefully, we get some news soon, including the upgrades that will come with it. The game has reportedly pulled in more than $450 million in the first 9 months of its launch.

DOOM Eternal: The Ancient Gods – Part Two is set to release for PS4 and will be playable on PS5 via backwards compatibility.