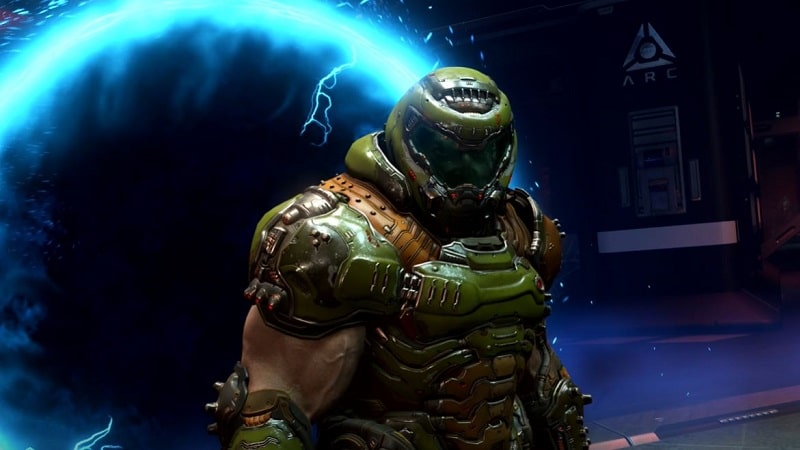 DOOM Eternal PS5 Review. The consummate poster-boy for ridiculously fast and unendingly brutal FPS violence set against the energizing thrum of Mick Gordon’s expertly composed soundtrack, DOOM Eternal rips and tears its way onto PlayStation 5, bringing with it from the depths of Hell the sort of upgrades that one would duly expect.

Given that we’ve already put DOOM Eternal through its paces and that this review will be exclusively focused on the technical improvements seen in the PS5 version, we would point the uninitiated to our original DOOM Eternal review on PS4 for the complete lowdown on the game mechanics and so forth. Still here? Onward then!

Though the PS5 version of DOOM Eternal is somewhat predictably a whole lot shinier and certainly appreciably easier on the eyes than the PS4 version of the game, it’s a testament to the absolute black wizardry of developers id Software that because they overachieved on Sony’s last gen console, DOOM Eternal on PS5 doesn’t feel like quite such a sizable leap that it otherwise may have done. 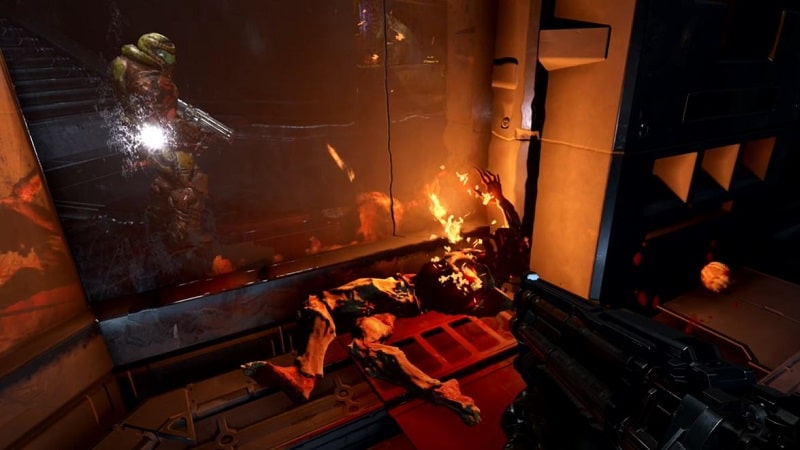 So in terms of visual bang for your buck, DOOM Eternal presents players with three different visual modes on PS5. The first of these is the balanced visual preset, which keeps the resolution locked at 4K and with a solid 60 frames per second to boot. Arguably the most conservative of the three modes, this is where DOOM Eternal on PS5 doesn’t feel like such a big leap over what we’ve seen before, not least because the PS4 Pro version already ran at 60 frames per second and at 4K upscaled from 1440p.

It’s when we start to look toward the remaining two visual modes that DOOM Eternal on PS5 begins to make a proper justification for its own existence, though whether or not your TV is up to the task will define whether that statement is wholly or just partially true; which brings me to the 120 frames per second mode. Only available to those among us that are lucky enough to have a HDMI 2.1 compliant display, DOOM Eternal running at 120 frames per second feels like a proper underscoring of the lightning quick and ultra furious FPS violence that the game’s appeal is arguably predicated upon.

This is thanks in no small part to the fact that when running in the 120 frames per second mode, the level of responsiveness feels much more keenly palpable than it does at 60 frames per second, enabling wannabe and practiced Doom Slayers to fully embrace the beautifully developed tenets of DOOM Eternal’s exemplary gameplay loop with ease. Quite simply, chainsawing an Imp in twain before shooting a sticky grenade to the tail of an Arachnotron and then curb-stomping an enemy grunt has never felt quite this smooth (or satisfying). 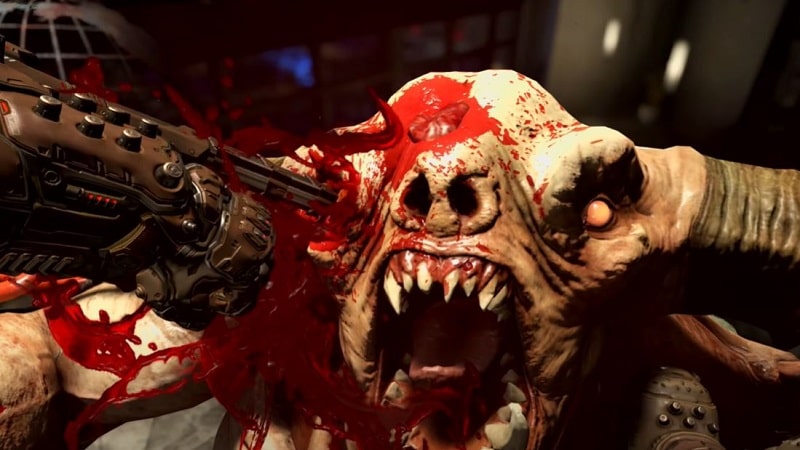 What’s also notable about DOOM Eternal’s 120 frames per second mode, and again this falls once more to the seemingly infinite talents of the folks at id Software, is that on PS5 the whole thing is rendered at 1584p resolution, resulting in a far cleaner image than the often forced 1080p preset which this high performance mode usually forces from other games.

Then there’s the ray tracing visual preset. Locking down the resolution to a still pleasing 1800p and the frame rate to 60 frames per second, DOOM Eternal’s ray tracing mode is certainly a sight to behold in varying circumstances. Puddles and other reflective surfaces now do a much better job of sharply and accurately representing the immediate vicinity, while the greatly improved lighting results in more natural seeming effects that add richness and depth to the scene (honestly, you’ve kinda never lived until you’ve seen an Imp’s fireball lighting up all the surfaces around it and being reflected in all the right places as it hurtles toward you).

Where DOOM Eternal’s newly discovered ray tracing mode begins to act against the core of the game is in terms of performance. While the drop to 60 frames per second is perfectly acceptable (the PS4 and PS4 Pro versions ran at this framerate after all), the occasional dropped frames from that 60 frames per second cap do distract and are definitely noticeable after exposure to the performance and balanced visual presets. 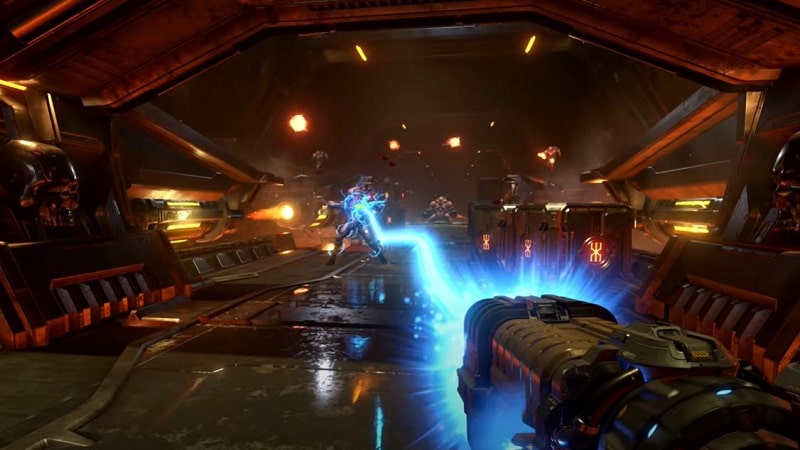 Away from the visual improvements, DOOM Eternal’s PS5 debut also brings DualSense support to the fore with haptic feedback and the adaptive triggers being leveraged in satisfying, though hardly surprising ways every time you get hit or let rip with a barrage of ammunition in the direction of your foes.

Like so many PS5 upgrades to date then, DOOM Eternal’s appearance on PlayStation 5 serves more to put a polish steeped shine to the underlying game (DOOM Eternal is still one of the best shooters you can buy on any platform), rather than add anything especially significant to the base offering above and beyond the usual presentation and DualSense improvements. And you know what? That’s completely fine, because now DOOM Eternal also gets to be one of the best shooters on PS5. How about that?

DOOM Eternal is out now on PS4 and PS5. If you own the PS4 version of DOOM Eternal, you get the PS5 version for free.

DOOM Eternal on PS5 quite simply underscores the already lofty calibre of one of the best shooters ever with a delectable coat of visual polish which keeps id Software's PlayStation swansong ripping and tearing among the very best of its genre contemporaries.