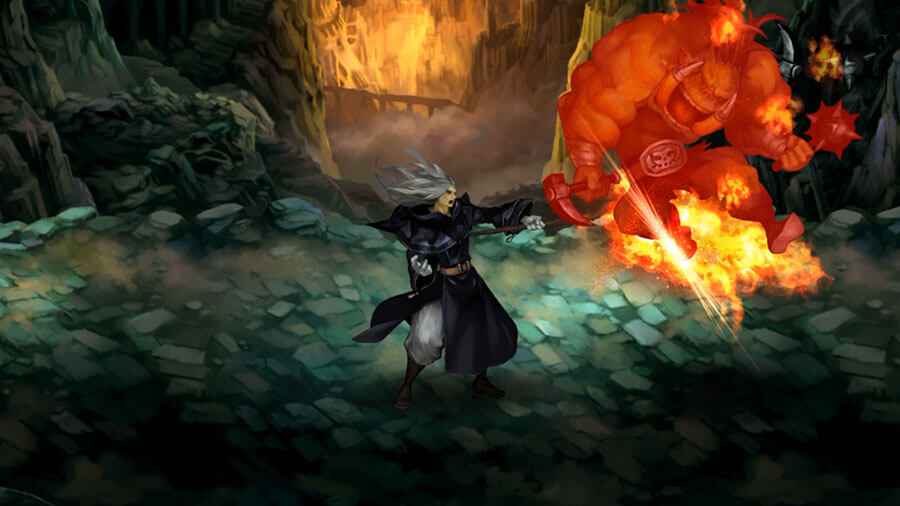 Dragon’s Crown Pro Tips For Beginners – If you missed out on Dragon’s Crown when it originally stormed onto PS3 back in 2013 but have decided to pick it up on PS4 then it’s a fair bet that you might feel a touch overwhelmed at the depth that the game offers.

This is completely normal.

To lend you a helping hand, we’ve compiled this handy Dragon’s Crown Pro tips guide that outlines some crucial basics which will ensure your adventures in the Kingdom of Hydeland end up being rather prosperous to say the least.

In the beginning, Dragon’s Crown Pro seems to be in a habit of giving you a quest that sends you right back into the level that you just completed. Now, while this quite rightly seems like a ballache of significant proportions, it’s important to remember that you do get a bunch of rewards for completing those quests.

Perhaps more pressing still, is the fact that later on in the game you’ll be charged cold, hard cash to select the level you want to play and so it definitely benefits you to be smart and complete those quests whilst it’s free to do so.

One of the biggest selling points of Dragon’s Crown Pro is the fact that it offers four-player co-op. However, as entertaining as it is, there are some strange boundaries in place that dictate the manner in which you want to play with your friends online (local multiplayer conversely is super simple as up to four people can play through the whole game from the very beginning without issue).

Where online co-op is concerned however, you need to beat all of the nine different levels at least once before you unlock the option. Now, it’s also worth noting that despite the game being available for both PS3 and PS Vita in addition to PS4, Dragon’s Crown Pro will only let you play with fellow PS4 players. It’s far from ideal we know, but, it’s better to be armed with knowledge than to be without it, right?

Dragon’s Crown Pro Tips: Learn To Evade And Then Get Upgrading

Though it may be tempting to buy other abilities, it’s absolutely worthy noting that beefing up your evade skill is pretty much one of the best things you can do in Dragon’s Quest Pro.

Before that though, it pays off immeasurably to incorporate the evasion command into your arsenal off abilities simply because as a melee type who will usually be in the thick of things, it’s hugely useful to be able to get the heck out of Dodge when things start to go south (which more often than not happens a lot in the later part of the game).

Like many of the things that happen in Dragon’s Crown Pro, loot isn’t as straightforward as you might think. Every piece of loot that you obtain in the game is governed by the probability of being able to scoop up a ranked item.

Now, where a lot of the confusion seems to come in is that these ranked items (and the experience points that you accrue separately), all get given to you at the end of the stage, rather than contemporaneously. Again, it’s just one more example of Dragon Crown Pro’s idiosyncratic design – thanks Vanillaware!

Whilst it’s good to invariably play Dragon’s Crown Pro like a monster mashing badass, believe it or not it also pays to be pious too.

Specifically, praying at the Canaan Temple, both before and after a level, is great not just because it provides you with free resources (a small Coin Life increase is still a Coin Life increase), but also because it’s completely free. So yeah, there’s no reason for *not* doing it really.

After some extended play, it isn’t long until you unlock rune magic; a neat mechanic that enables you to create a number of buffs and other beneficial effects. This is achieved by marrying up combinations of special stones that you can buy from vendors, in addition to the runic carvings that can be found on the walls within some of the levels.

With a trio of correct runes set, such combinations allow you to cast some neat spells such as the brilliant sounding “Enchanted Coin Geyser”, for starters. How it works is that each rune maps to the first letter of a given word in the spell name, but because Dragon’s Crown Pro likes to be awkward, it doesn’t provide you with a list to look at when you’re actually playing through a level.

So to avoid titanic amounts of trial and error, we have the list for you right here!

Should you find yourself playing as a spellcaster, one thing you must not to do is go mad and buy all the spells you possibly can. Rather than give into such greed, you should instead focus your efforts on upgrading and developing a smaller group of spells.

The reason for this? Well, as characters have a desperately finite amount of inventory space and each spell takes up a bag slot, you only have room for maybe a couple of spells once you’ve strapped on all your weapons and armor. As such, you’re much more effective in combat if the spells you do have are as highly developed as they possibly can be.

Dragon’s Crown Pro Tips: Remember To Fix Up Your Stuff

Something that should be common practice in Dragon’s Crown Pro is taking care of your equipment. Chiefly, by making sure you repair your items at the magic shop, you can be sure that they won’t break down on you in the middle of battle – and as it doesn’t cost very much to do, you should *always* make sure your gear is in tip-top shape before you attempt any level.

Dragon’s Crown Pro Tips: You Don’t Need To Appraise Everything

Once you’ve completed a stage and can see all of your looted items in the armory you’ll note that not all of the stats are visible on the gear you’ve collected. To see those stats, and to divine the special abilities of these items, you’ll need to pay for an appraisal in order to see this information.

The thing is, if you appraise all of the loot you’ve accrued, you’re going to be hemorrhaging money not least because it actually costs you more to appraise an item than to sell item that you just don’t require. To beat the system then, what you need to do is identify whether the item is even worth appraising in the first place.

You see, a number of important facts are given to you free of charge such as the minimum level needed to use it, the class that can use it, the type of item and the rank (ranging from E to S), and so you can decide whether you want to appraise the item, or, just sell it off for a cheeky pile of extra cash.