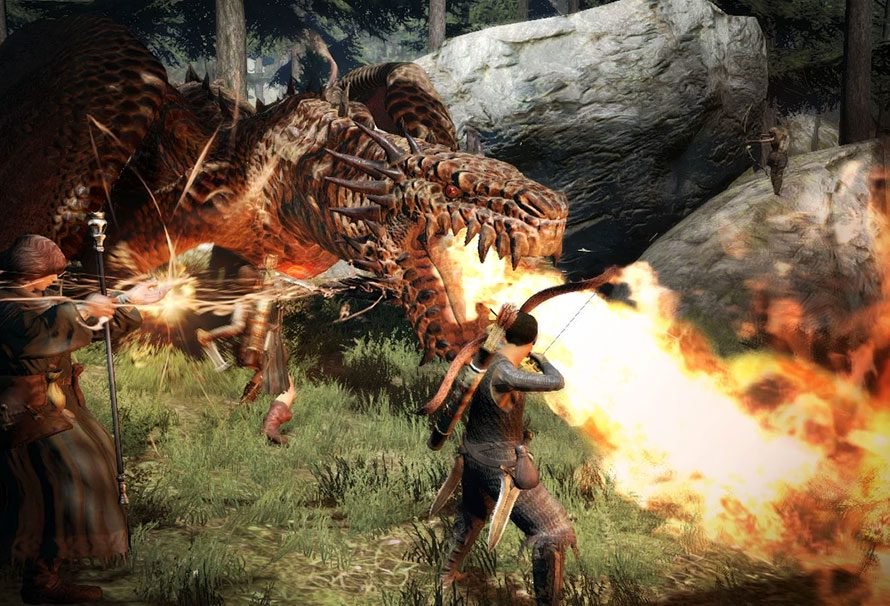 Dragon’s Dogma gets first official poster and release date. For those who did know, Capcoms dark fantasy action-RPG Dragon’s Dogma is getting an anime adaptation courtesy of Netflix.

Netflix unveiled the first poster for the anime which also includes its official release date. The poster features a dragon, the Arisen, and the heart that connects the two.

Only the Arisen can face the Dragon and defeat the apocalypse. Here's your first look at the anime series adaptation of Capcom's action fantasy classic Dragon's Dogma, arriving September 17th. pic.twitter.com/UxJMcUrsdp

Dragon’s Dogma is a dark fantasy action-RPG that features some amazing monster hunting. One of the big draws of Dragon’s Dogma was the ability to claim up giant monsters and attack specific weak points such as the eye of a cyclops or the wings of a Griffin bringing them down to the ground mid-flight.

This isn’t the first video game anime that Netflix has adapted. Konami’s Castlevania has been really successful for Netflix which is up to three full seasons now and a fourth in development.