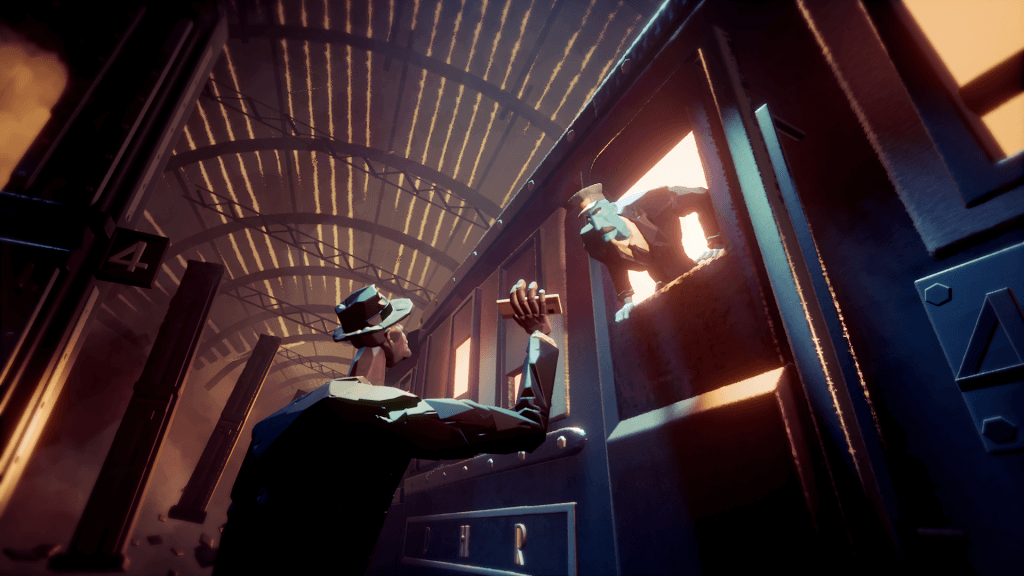 Before now, Dreams has been a hard game to describe. Media Molecule’s PS4 follow-up to LittleBigPlanet and Tearaway has made sporadic appearances at PlayStation press conferences and events these last few years. Each appearance showed a game brimming with charming quirkiness and a creative spirit, but little else. Ambiguity invites questions. Can creations be shared a la LittleBigPlanet? Is it a platformer? A first-person canvas? Is there progression or unlockables of any kind? Does it have a single-player story mode?

In one hour spent with Dreams and Media Molecule, I gained many answers. Dreams does have a single-player story, one that will challenge players to connect the dots between three interwoven narratives. It’s a platformer, but also a point-and-click adventure, and a canvas, and everything in-between. It’s beautiful, with a painted aesthetic unlike anything else in games.

More than anything, Dreams is the ultimate creation engine. Astounding power and a stupidly ambitious level of detail is spread across impressive, accessible creation tools.

Thankfully, you’re not exposed to any of this complexity at the outset. Dreams begins with the most gentle of openings. You choose your “imp,” the fuzzy character that acts as your in-game pointer, and start interacting with a vague environment as the opening credits appear. Media Molecule describes this calm introduction as the very first onion skin you peel back. Slowly but surely, complexity is introduced to the player as more and more layers are peeled. But the story is a straightforward introduction to the incredible depth beneath the surface.

This story, “Art’s Dream,” was built entirely using the tools available to players. Spread across over a dozen distinct segments, Art’s Dream weaves together three stories by jumping between vastly different genres. One moment, you’re controlling two cute animals in a forest environment, and it feels like a 3D platformer. The next, you’re directing Art (the titular main character) as if playing a point-and-click adventure, complete with fixed camera angles, noir lighting, and obscure item-based puzzle-solving. I saw a few moments from the third thread, in which you control a small, charming, bean-shaped robot in a science-fiction environment of white surfaces and blue light. Your perspective can shift between these three stories at the drop of the hat, and they reference each other in interesting ways. Moments after encountering a large beast in the robot scenario, we jump to Art’s world, where a theater marquee references an “Attack of the 40-ft. Robot!” Later, we see a small plushie version of one of the first scenario’s animal characters sticking out of a suitcase.

According to Media Molecule, the campaign is all about piecing together these stories and discovering the truth of how they connect. Are they stories linked through time a la Cloud Atlas? Are they dreams of main character Art? Time will tell, but rest assured the story will satisfy players looking for traditional, curated gameplay and whet their appetite for the incredible creation tools beneath the surface. That’s because the entire story–cutscenes, music, animations, everything–was created using the in-game tools. As Media Molecule put it, ‘The entire game was made on a PS4. We only use our computers for email.’ In the second half of the demonstration, I was treated to a glimpse at what these tools can do. Believe me–when Media Molecule says players can make anything, they really do mean anything. I put this to the test with several questions, and the answer was always the same. “Can I adjust a created character’s jumping height and distance?” ‘Yep.’ “That moment right there, where the camera moved on its own to a specific cinematic shot?” ‘Yeah, that used the in-game tools.’ “What about, like, those vocal grunts? The noises a character makes when they jump or swing a weapon? ‘Yep, you can record those.’

The list goes on and on, and I got a firsthand look at many of the tools in action. Let’s say we’re starting with a template: a stone pathway surrounded by trees that ends above a lava pit. Within seconds, you can grab a plank of wood from the menu, place it, clone it several times, and add animation to a few of the planks. You now have a moving bridge and a platforming challenge. Don’t like the surroundings? Grab a rock, slap another rock onto it, grow it to 500 times its original size, and send it flying to the background. Now you’ve got a mountain. Paint ‘Warning!’ in red on one of those planks of wood and rotate it to make a sign. Don’t like the music? Choose between hundreds of instruments (or incorporate your own!) and create your own music in a robust, Garage Band-esque interface. Or just choose from dozens of preset tunes. Or download one of thousands of community-created scores.

Here’s the idea: Take the creation and asset sharing of LittleBigPlanet, apply that freedom to every single element of a game’s creation, then increase the freedom by several orders of magnitude. Sure, players of Dreams will make quirky characters, pop culture homages, and small multiplayer diversions. But they’ll also make entire games with interesting stories. Or they’ll just make soundtracks, or character packs. Or they’ll curate the content of others into “collections”–playlists of the very best stuff. Dreams is an incredibly deep experience, but only as deep as you make it. No interest in creation, as quick and accessible as those tools are? Sit back and enjoy auto-surf. Let Dreams stitch together various community creations into a loose, two-hour play session. Filter your experience by tone (cute, horror, action, etc.), by game type, or with custom tags. Search for creators by name, or find any topic and subject matter using text search. Like something you see but have ideas for making it better? Take that content and publish a Remix. Want to know all the assets and creators that went into making something? View its Genealogy, a branching cookie trail that shows all content and creators involved plus relevant Remixes. Don’t care for that complexity? Start a project with baked-in characters and environments. Invite your friends to be collaborators and add their touch. Publish it, or keep it a private workspace.

For many of the above activities, you’ll earn XP that identifies the way you play Dreams. If you spend all your time enjoying and testing the creations of others, your “Player” trait will be much higher than the others. Need a finishing touch on your level’s audio? Search the player base for an experienced “Audio Artist.” If you’re proud of your creation, ask a “Curator” to consider it for their next collection–or become a renowned Curator yourself! And remember: it’s all grounded from the start by the campaign, playable both solo and cooperative. Prize bubbles littered throughout–cleverly hidden in environmental puzzles–will inspire later creations, to say nothing of drawing inspiration from the levels themselves. All throughout, you’ll enjoy a simple, powerful control scheme. Complex actions seem intuitive and automatic, and no degree of control is sacrificed. Sweep entire levels to the side or make the most minute of changes whether playing or creating, using Move wands or the DualShock 4.

It’s a testament to Dreams as a creation engine that Media Molecule built their entire game using it. They know how good it is–how insanely ambitious and robust it is. I’m starting to know too, but despite a meaty behind-closed-doors demo, I feel that I’ve only scratched the surface. Dreams has shot to the top of my must-play list.