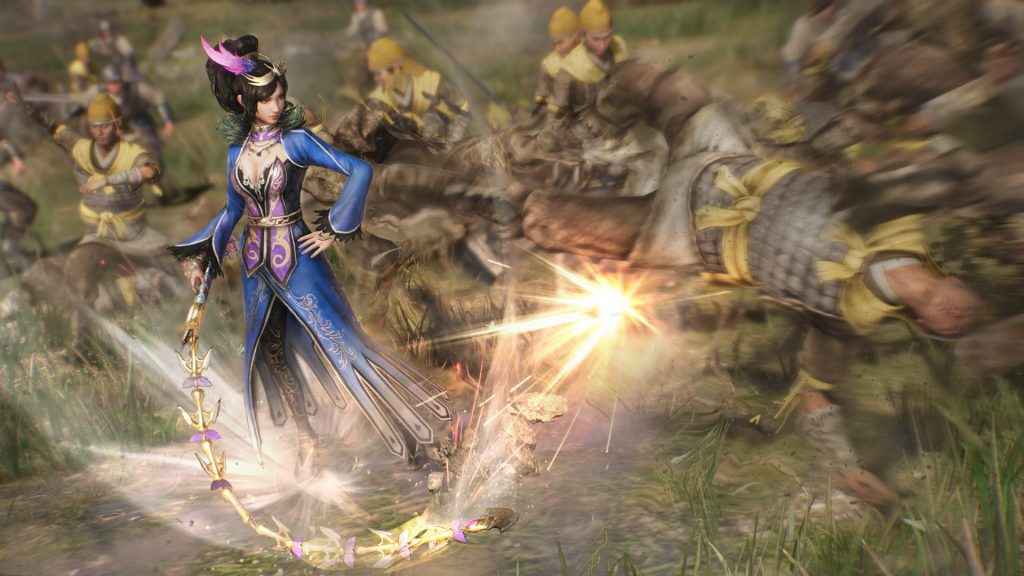 Though fans are looking forward to the open world design of Dynasty Warriors 9, we've been waiting to hear more about the cast of characters and how weapons will work.

Koei Tecmo have already revealed that they'll be over 83 playable characters in the game with battles taking place across a full re-creation of China.

Thanks to Neoseeker, who have put together a weapon's list, we already have some of the character's weapons:

The latest Dynasty Warriors 9 characters have now been detailed on the Koie Tecmo website with the likes of Zang Chunhua and Pang De getting screenshots and extra info. What we have learned now is that characters will feature switchable weapons. They can wield any weapon they like, so they're not restricted to one character.

“Characters can equip any weapon, but by equipping characters with their favorite weapon unique attack actions are executed, as well as increasing their ability to perform more powerful attacks or expanding their attack range,” reads the official blurb.

This is in addition to the news last week, where we learned that Dynasty Warriors 9 characters will be able to attach up to six jewels onto their weapons to enhance them.