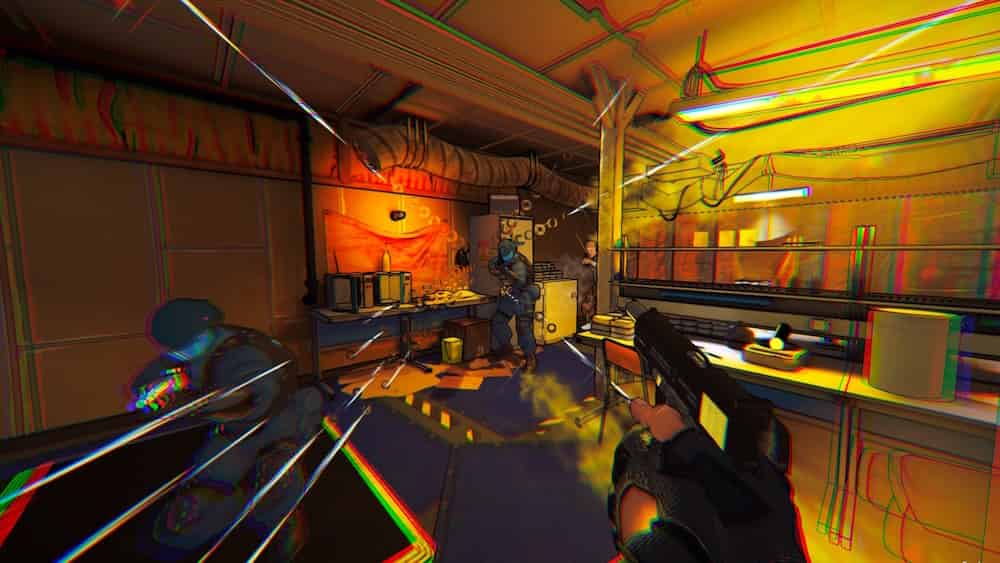 RICO London, a high-octane shooter set during New Years Eve 1999 in the British capitol, will launch in June 2021 for PS5, PS4, PC, Nintendo Switch, Xbox One Series X/S and Xbox One, Numskull Games and Ground Shatter have announced.

Set against the backdrop of 1999’s New Years Eve celebrations, Detective Inspector Redfern happens upon the scene of an emerging arms trade at the foot of a high-rise tower. Heading in without the permission of her superior, Redfern gets to work with her trusty 9mm sidearm for some adrenaline-pumping East-End gangland shootouts.

RICO London is a gang-busting, name-taking, explosive cooperative shooter. Blast your way up the highrise tower stacked with East End gangsters solo or with a partner. Crash through doors, dodge bullets, turn the weapons of the fallen into your personal arsenal, and do whatever it takes to make it to the top.

RICO London will be available in physical edition for European consumers onPS5 and PS4 in addition to digital download. The game is slated for release in June 2021.