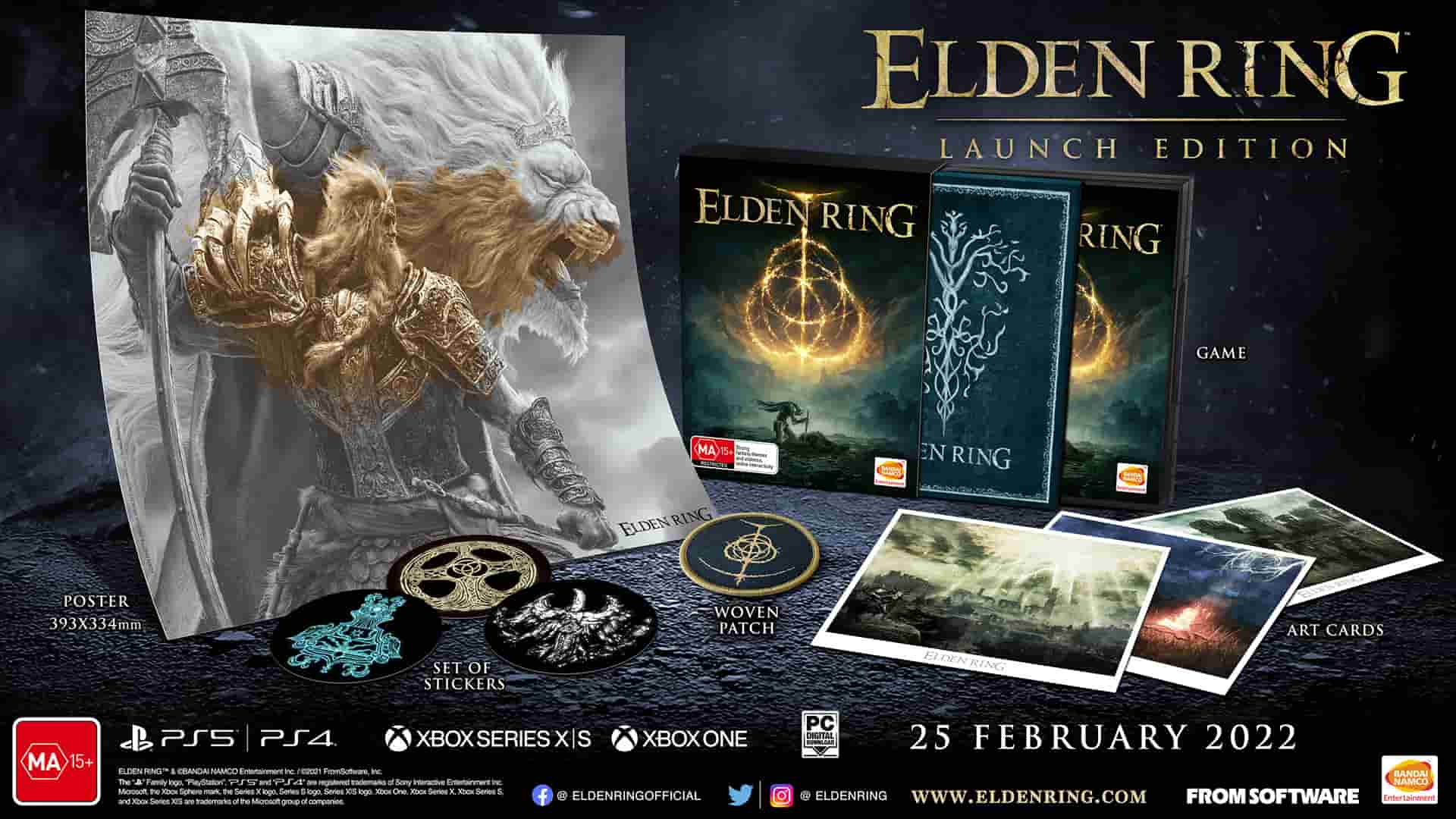 Bandai Namco Games has revealed that Asia, Europe, and the Middle East is getting an exclusive Elden Ring Launch Edition, which is a cheaper alternative to the pricy Collector’s Edition that bags you a couple of extra goodies.

The Launch Edition features a copy of the game in a steelbook case, a set of stickers, a poster, a woven patch, and some art cards. It’s a nice middle purchase between the Standard and Collector’s Editions of Elden Ring for those who don’t want to splash the cash.

Elden Ring yesterday received a brand new gameplay preview, which showcased 15 minutes of action including boss fights, combat, crafting, dungeon exploration, a look at the game map, and much more.

FromSoftware will be hosting a Network Test for the highly anticipated fantasy-RPG later this month, which you can read more about here.