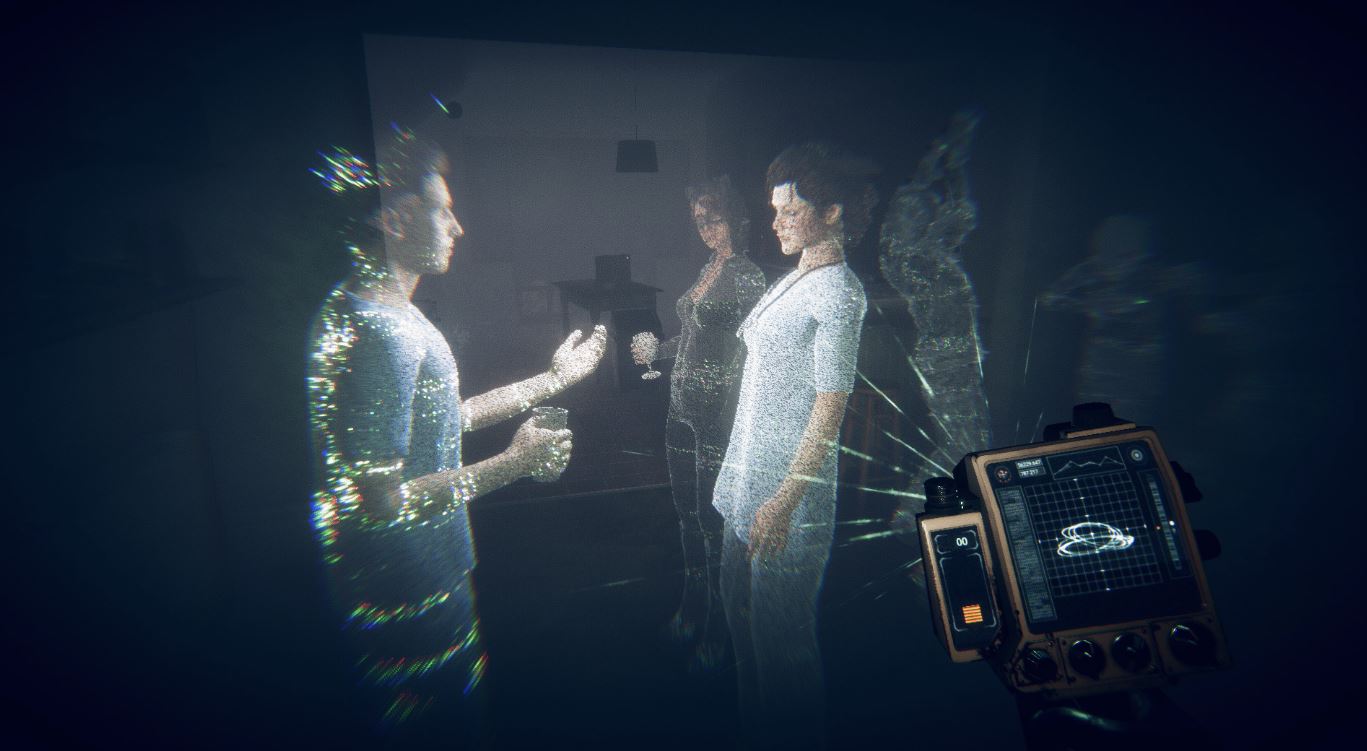 Shaping Up To Be A Resoundingly Smart Time Travelling Thriller

In the universe of Eternal Threads the Earth has been decimated by mankind’s early and somewhat amateurish attempts to mess around with time, the result being a planet that is largely uninhabitable with the only survivors being a conclave of researchers who are looking to undo this great calamity. As one of these researchers, or more specifically an ‘agent’, you are part of an initiative to intercede at particular times and places along the timeline, saving lives by altering events and thus restore the integrity of the fabric of time in the process. 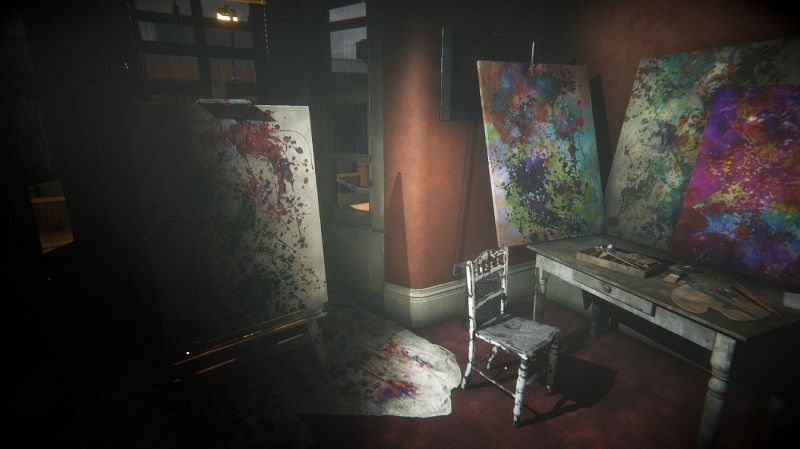 Taking place from a first-person perspective, Eternal Threads has you investigating a very specific incident – namely a house fire in the northern part of the United Kingdom during 2015 which wasn’t supposed to happen and caused the death of six people as a result. Your job, as you may have already summarised, is to prevent the deaths of these poor folks by tweaking and altering the timeline at various points to achieve optimal outcomes for each individual and ensure that all six survive.

Set across a seven day timespan with over 150 events to investigate (with less available if you choose an easier difficulty level, but doing so makes attaining the final ending impossible), Eternal Threads has you exploring the house after the fire and using fancy technology to conjure up events from the past in a ghost-like fashion, listening into conversations and gradually gaining an awareness of the dynamic between the six individuals that live in the house.

Whilst playing back certain events, you’ll be informed that time corruption has been found and its here where you’ll be presented with an opportunity to change the event from its ‘current’ form to an ‘alternative’ variant, with the more tweaks and alterations that you make to the timeline having an accumulative effect on the ‘Conclusion Event’ that resulted in the deaths of the six main characters. 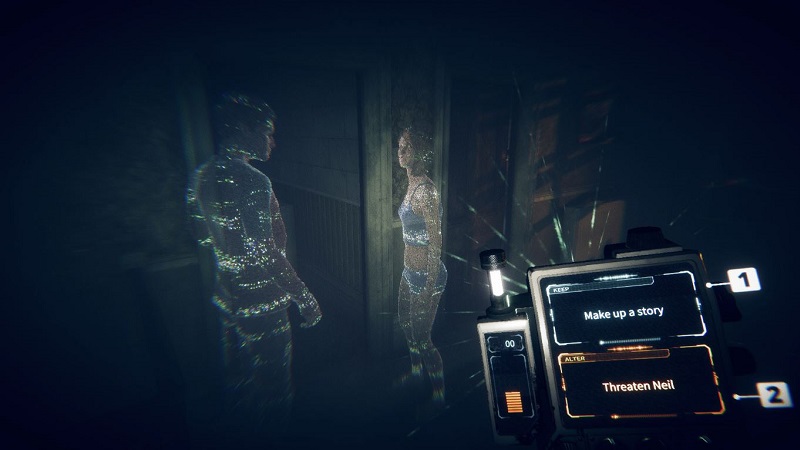 Rather than just being something of a passive observer, there’s more to Eternal Threads than just watching the events of the past unfold themselves and occasionally making the decision to alter the outcome. You see, Eternal Threads also has more than a bit of Gone Home going on with it too, meaning as much as you’ll be spending time watching events and altering them, you’ll be spending a near equal chunk of time exploring the house, collecting items, solving puzzles and discovering items and clues which shed further light on the denizens of the house.

Where Eternal Threads gets really clever however, is in how it deftly intertwines its time-travelling sleuthing shenanigans with the physical world itself, neatly showing off just how developer Cosmonaut Studios has a reassuringly firm hand on the notoriously tricky concept of time travel and time manipulation (an intuitively constructed time menu not only allows you to access specific points in time with ease, but also provides helpful indications as to which events are connected and influenced by one another).

This means that when you make certain changes to the timeline and thus cause each of the characters to interact with the world, new items and objects of interest can appear in the present setting, allowing you to reach previously inaccessible areas. As such, this reaffirms the notion that Eternal Threads isn’t your regular detective yarn, but rather one that uses a time-travelling framework to augment its sleuthing beats in a super satisfying way that no other genre effort has managed to do. 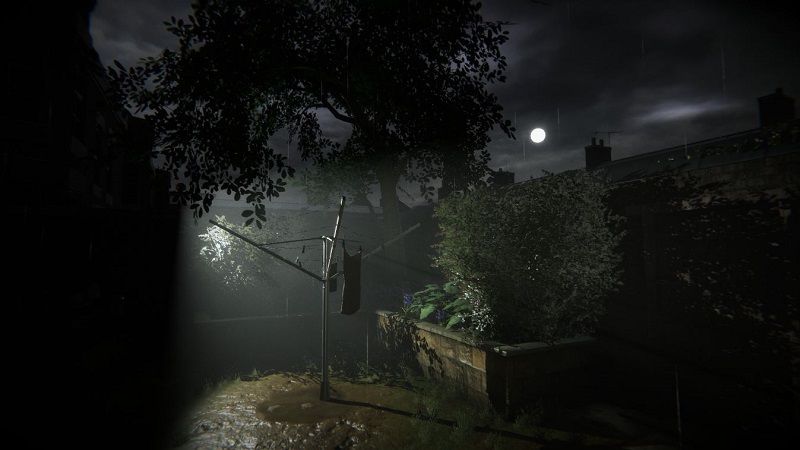 As to the characters themselves, it’s also actually quite surprising how well constructed their individual stories are. From the various slice-of-life conversations that they have with one another to the numerous discarded letters, mobile phones with messenger conversations on display (don’t folk passcode their phones anymore?), slowly uncovering the backgrounds, motivations and personalities of each of the six characters certainly seems to be rather compelling – at least during the first two hours of the game anyway.

What’s also clear from this preview of Eternal Threads is that the base concept of its time travelling detective work has potentially near infinite legs for future instalments too, as developer Cosmonaut Studios could potentially just keep on churning out anthology style incidents set across an eye-wateringly vast number of places and time periods.

As it is though and based on my limited time with it so far, Eternal Threads is certainly an impressive outing for Cosmonaut Studios, not least thanks in no small part to how the developer has managed to invigorate the usual walking simulator/detective subgenre with a super clever time manipulation element which at this early juncture at least, helps Eternal Thread to boldly stand out from its genre stablemates with ease.