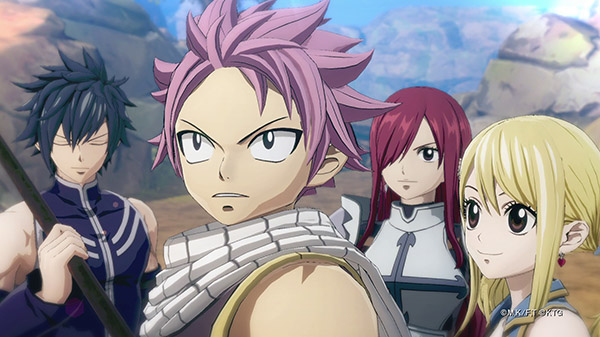 Koei Tecmo has announced that Fairy Tail, a brand new RPG based on the popular anime and magna series, will be coming to the PlayStation 4, PC, and Nintendo Switch in 2020. The game is in development at GUST Studios, and will mark the first time that a Fairy Tail game will be available on a home console in the US and UK.

Fairy Tail takes place in the fantasy-flavoured land of Fiore, where players will follow the journey of the Fairy Tail mage guild members Natsu Dragneel and Lucy Heartfilia. There’s demons, dark wizard, dragons, and cats — what more could you want?

In addition, fans of the magna will be pleased to learn that creator Hiro Mashima will be supervising development of the title at GUST Studio, which promises a ‘faithful recreation’ of the Fairy Tail world.

New details on the game will be shared at the Tokyo Game Show 2019 next week. For now, you can check out a trailer below.

Demons, dark wizards, dragons, and cats. You’ll find it all as you start your journey in the land of Fiore and play through the adventures of Natsu Dragneel and Lucy Heartfilia as well as other eccentric members of the FAIRY TAIL mage guild on a fun-filled and thrilling quest. GUST Studios is creating the game under the supervision of author Hiro Mashima, promising a faithful recreation for the FAIRY TAIL world and its unusual inhabitants, including everything from magic to its iconic characters.

Fairy Tail has yet to attract a concrete release date, but we’ll keep you posted on any developments. There’s a teaser site gone live which you can see here. From the sound of things, GUST is creating the game for not only fans, but also newcomers, so if you fancy jumping on board for the first it should be a welcoming experience.