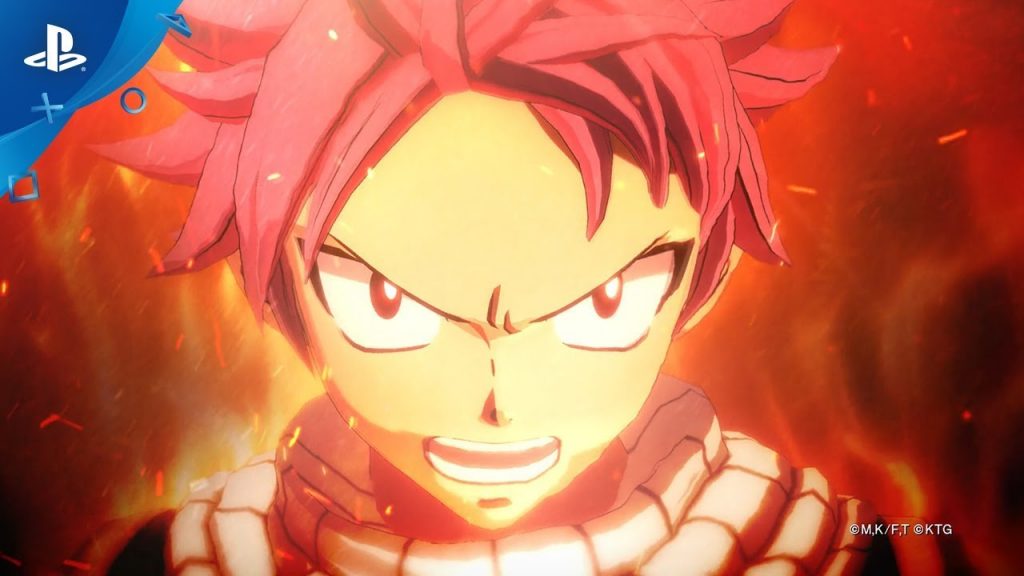 Fairy Tail PS4 Review – Fairy Tail has become one of the more popular franchises in recent memory. With a rich story that has spanned almost 300 anime episodes and a best-selling manga, it’s about time the franchise has gotten its first major video game release. Developed by GUST and published by Koei Tecmo, Fairy Tail does a great job at delivering the fan service but falls a little short in other areas and for newcomers to the series.

A Must Have For Fans Of The Franchise

Fairy Tail takes place during the Grand Magic Games story arc which is about the halfway point of the anime and manga and ends with the Tartaros arc, though there is a surprise epilogue included in the game too. That means a lot of the characters and their backstories have already been explored and chances are unless you’re a fan you’re going to be very confused in the early going.

The Grand Magic Games is considered to be the best arc of the franchise but where the story starts and where it ends will leave gamers wondering just what the hell happened before and what happens after.

It’s like reading a book from the middle for a few chapters and trying to connect the dots and guess how it will end. The game does provide a small explanation of what happened in past arcs but it doesn’t really go into much detail about it. It does the same thing with the characters as well. Why is Jellal so hated by so many people from other guilds? Why is everyone obsessed with Zeref and what exactly is Acnalogia?

These are some of the questions that are never really explored in the two story arcs the game follows and only fans of the franchise will really be able to follow and understand it. Though Fairy Tail isn’t very welcoming to new fans it’s easily a must-buy for fans of the franchise. A lot of character quarks are present not only in cutscenes but also in combat while the game’s writing is top-notch and goes hand in hand with the source material beautifully.

Plenty Of Combat Options Feel Like Overkill For A Simple Game

Fairy Tail is a turn-based JRPG. As such, this suits the game perfectly and lets you try out a vast amount of characters and their unique moves that fans have become accustomed to. Enemies appear on the various maps that you explore so battles aren’t random and can be avoided which is great because there are a lot of foes that appear and sometimes not all of them are worth fighting.

Combat takes center stage in Fairy Tail and what you’ll be doing most of the time. So it’s a good thing that the combat not only works well but it’s also fun. Battles are turn-based and enemies appear on a grid. Magic is your primary attack and what you’ll use for every battle. You do have a normal attack but it’s so weak you’ll only use it when you’ve run out of magic points which won’t happen very often. Each magic attack takes up your magic points. Each attack has an attack pattern based on the grid. Some skills will attack in a horizontal line up to three spaces while another skill will only hit enemies in an X-Shape on the grid.

Finding what attack to use and when to use it is quite fun and allows you to constantly use different attacks and strategies. Sure, one move may cost more magic points to use but that doesn’t mean it will do more damage, rather it will hit more enemies. Each magic attack also has a power level between one and five. As your character levels up so will your kills and their attack damage, providing a nice sense of progression into the bargain too.

Most of the skills also add different effects, such as inflicting defense down or stunning enemies. The more important ones will allow you to knock enemies around the grid moving them into positions for better attacks.

The Power Of Team Work

There is a lot that goes into combat besides just simply attacking. Fairy Tail offers a lot of different options and features. Chain Link is one such ability where you can link attacks between all the party members to pull off a power finishing combo attack. It also allows you to summon in a non-playable character such as Master Makarov or Kanna who hold the most power Fairy Tail abilities.

Each character also has an Awakening bar that fills up during combat. This bar when full will allow you to awaken a character. Early on you’ll simply gain a buff for an attack but later on characters will actually transform giving them new abilities and skills only accessible in the awakened phase.

The Awakening bar has another use. While filling up you can choose to use a part of the bar to call upon an ally to perform a follow-up attack after at no extra charge to that character’s own magic points.

Although you have a lot of tools to help you out in combat, a lot of it truly feels like overkill as there are a lot of those tools that you simply won’t need to use. The game itself isn’t very difficult with only a few encounters feeling truly difficult. Encounters probably wouldn’t have been so easy for me if I didn’t level up and boost myself doing the various request board missions.

Competing Requests Rewards You In More Ways Than One

Taking on requests are Fairy Tail’s side activities. The Request Board will constantly update with various missions to complete. Most of these are simple kill X amount of monsters, but some of them actually have some fun cut-scenes and humorous dialogue.

The quests almost feel like filler episodes of the anime where the guide members try to stop a smuggling ring in the town of Magnolia or recovering stolen mail packages that contain delicate female undergarments that a perv has stolen.

Fairy Tail seems to reward you for everything you do. Completing requests not only grants you currency but also increases your Guild Rank. Another benefit is increasing your guildmates Bonds. Increasing your character’s bonds will not only unlock character-specific side stories but allows them to perform longer and more powerful Chain Links together.

You’ll also gain renown for completing requests which are used to increase a guild member rank. Increasing the character’s rank will net you alternate costumes to wear but more importantly passive abilities for characters. These are all character specific and play to the source material.

Lucy will unlock the ability to get into a seductive position before a battle begins to give her teammates an advantage in battle by distracting the enemies something she tries to do a lot in the anime hoping she can distract the more pervy enemies she encounters. While Gray has a five percent chance of taking off his clothes during combat to increase his speed.

Since the game takes place during the Grand Magic Games. Fairy Tail as a guild has been reduced to almost nothing. Rebuilding the guild is one of your objectives. There are various parts of the guild you can rebuild and improve, such as the Item Shop and Laboratory. The Laboratory allows you to create Lacrima which acts as the games equipment, altering a character’s stats.

Upgrading and remodeling the guild will also net you some cool permanent increase such as increasing how much EXP reserve party members receive, or cheaper shop prices. Rebuilding the guild is an integral part of the game and the better the guild looks the more requests the guild will receive.

The various locations in the country of Fiora are fairly standard for a fantasy RPG, forests, snowy mountains, and tropical beaches are fully explorable. The game itself isn’t a graphical powerhouse though. It’s not a bad looking game by any stretch but it clearly doesn’t push the envelope. in fact, GUST’s own past titles look better for the most part.

The world itself also isn’t really that exciting. NPCs simply just stand in one spot mostly by themselves and you can clearly see at least three or four of the same NPC character model on one screen at some points.

A Vast Amount Of Missing Characters Hurts The Story

The main character models themselves look great with GUST’s signature art style, but there is a catch. Not all characters are actually in the game. I found this incredibly frustrating as you’ll watch scenes transpire which sees your party in a conversation with a character that doesn’t exist. Their speak bubble appears and you see their illustration but they don’t actually have a character model they talk with. It wouldn’t be a problem for small characters but in most cases, it’s dealing with legit big level villains and allies. It’s horrible to walk into your own guild and see it populated by random NPCs rather than your actual guildmates.

Fairy Tail doesn’t feature an English dub which is a shame as the English voice-over work for the anime was pretty good. The game is fully voiced in Japanese and the music, though not licensed from the anime, tries really hard to recreate the feel and sound of the anime.

Fairy Tail is a good first attempt to bring this overdue and massive license to the gaming genre. The deep yet simple combat keeps things fresh throughout and the great writing and characters will make Fairy Tail fans ecstatic. It’s just a shame that so many characters are not only absent from the game but that you never really got to see them grow into the characters they are during the Grand Magic Games.

Fairy Tail is a good first attempt to bring this massive franchise to home consoles. GUST does a great job of not only recreating the world and characters of Fairy Tail but goes out of its way with great writing and character development. It's not every day you get to play a game that rewards you for every task you complete in it. Combat is a highlight but the exploration leaves much to be desired.