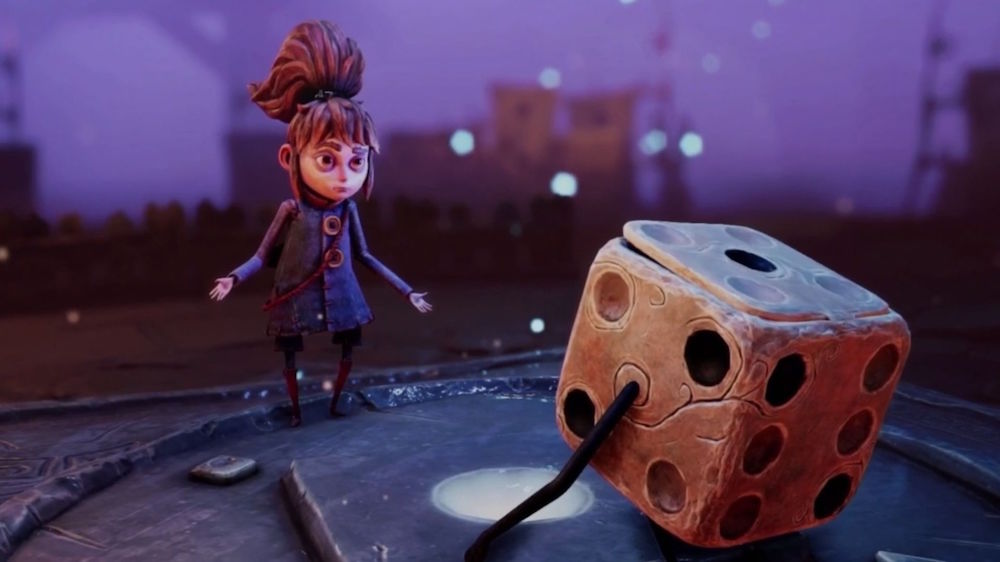 Lost In Random, the gorgeous-looking, fairytale-style adventure game from Electronic Arts and Zoink Games, will launch on September 10, 2021 for PS5, PS4, PC, Xbox Series X/S, and Xbox One.

When we first started this project, we knew we wanted to create a fairytale that was a bit darker than what we’ve made in the past; we ended up drawing these different characters and concepts, but it wasn’t until this painting of a girl and her dice appeared that we knew there was something more to explore.

A tricky aspect we had to deal with was determining what the gameplay would be like—we wanted the theme and gameplay to revolve around the dice, but had to consider what was too random and what was just random enough. We feel it’s all grown very naturally out of that central idea.

Set in the Kingdom of Random, which is ruled over by wicked Queen, Lost in Random sees players controlling Even, as they embark on a journey to save her sister, Odd, exploring the cobbled streets and meeting Random’s eccentric residents along the way.

However, Even is aided in her quest by a living dice known as Dicey, who helps players uncover an old tale with a modern message: “Randomness in the world isn’t something to be feared or controlled, but a power that can be harnessed by embracing it and learning to roll with its punches.”